The illegal immigrants were traveling with $14.8 million of cocaine from the Dominican Republic before they were apprehended in Aguadilla, Puerto Rico, CBP announced.

“We will continue to disrupt and apprehend smugglers that attempt to smuggle people and narcotics across our borders,” Ramey Chief Patrol Agent Xavier Morales said, according to CBP. “Having a dedicated workforce partner up with other professionals dedicated to the border security mission is the key to success. Great job by all.” 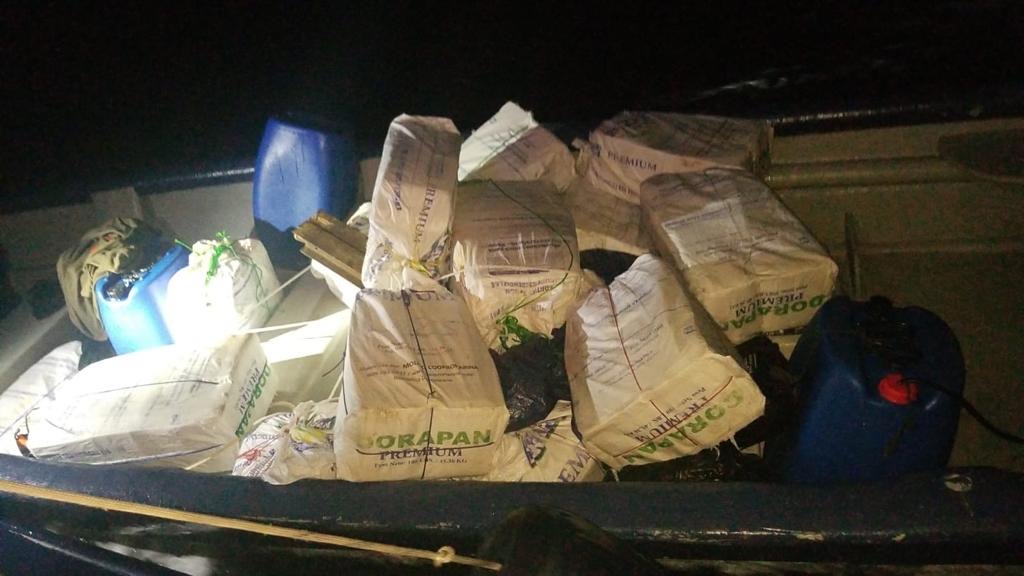 The small boat intercepted by CBP. (Photo: US Customs and Border Protection)

A Puerto Rico Police Department Joint Forces for Rapid Action unit intercepted the homemade vessel, which carried four adult males who identified themselves as nationals of the Dominican Republic, according to CBP.

The men were reportedly attempting to enter the U.S. as illegal aliens with 19 bundles of narcotics, according to CBP. Homeland Security Investigations Special Agents reportedly seized the narcotics and apprehended the men pending an investigation and prosecution.