Seattle police officers recovered knives, shields, spikes and other dangerous implements from a city park Tuesday as unrest continues in the city.

Law enforcement recovered the items during a sweep of Cal Anderson Park, the original location of the now-disbanded Capitol Hill Organized Protest occupation known as CHOP, according to a Seattle Police Department blog post. The assortment of weapons, which also included an unfired munition, were found in a tent inside the public area after officers obtained a warrant, the blog post read.

The makeshift shields, which are seemingly made of plywood, were emblazoned with the raised fist symbol frequently associated with Black Lives Matter, photos posted by the department showed. One shield appeared to depict a dead pig with the words “ABOLISH SPD,” pictures showed. 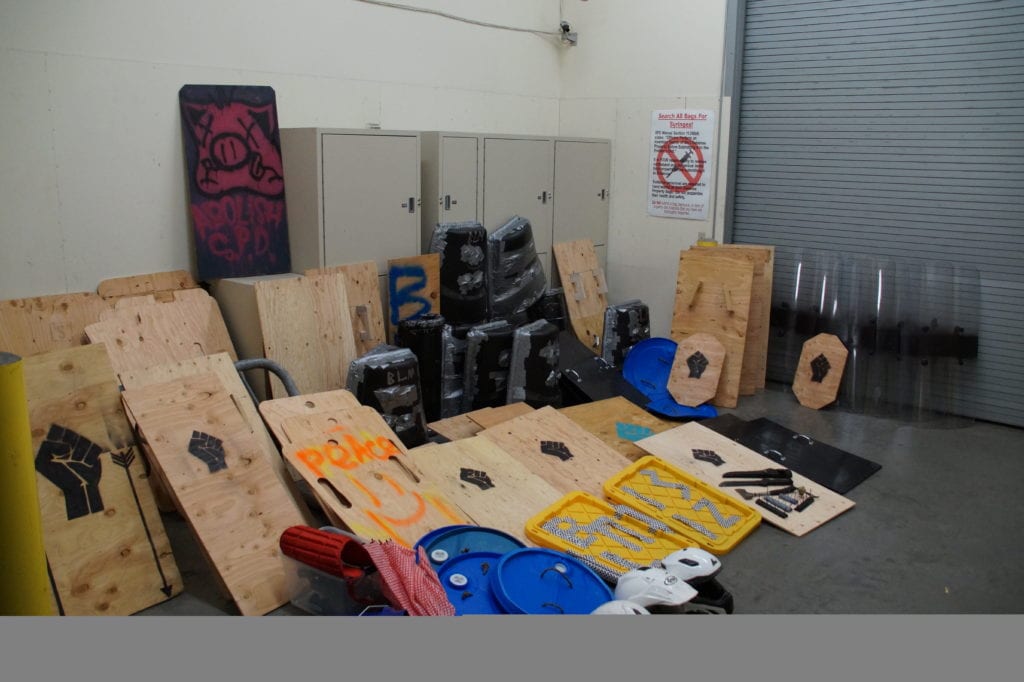 The weapons and defensive tools were booked into evidence, according to the post. No arrests have been made and law enforcement is still investigating the find. (RELATED: 6 Officers Injured, 18 Demonstrators Arrested After Seattle Rioters Hurl Explosives At Police)

Seattle rioters last week were caught on camera attempting to trap law enforcement officers in a police precinct before setting it ablaze, according to KOMO News.

“They mixed up the ‘Quikrete’ and then tried to seal off the exits,” Seattle police Sgt. Randy Huserik told the local outlet. “I don’t think there’s a lot of leaps that have to be made about what their intent was last night,” said Sgt. Huserik.