Data gathered in a Thursday study suggested that the U.S. experienced nearly 550 violent demonstrations since May 26, the day after the death of George Floyd.

The vast majority of U.S. states have experienced riots in the past three months with Wyoming, Idaho, Montana, Mississippi, West Virginia, Hawaii and Alaska being the only ones unscathed by violence, according to data gathered by The Armed Conflict Location and Event Data Project (ACLED).

There were a total of 7,750 Black Lives Matter-linked demonstrations in the U.S. in 2,440 locations across all 50 states, according to ACLED’s data.

Ninety-three percent of these demonstrations were peaceful, but that indicated that approximately 543 events were violent, according to ACLED’s statistics.

Violent demonstrations have largely been contained to 220 locations with Portland being the hardest hit location, the data show. 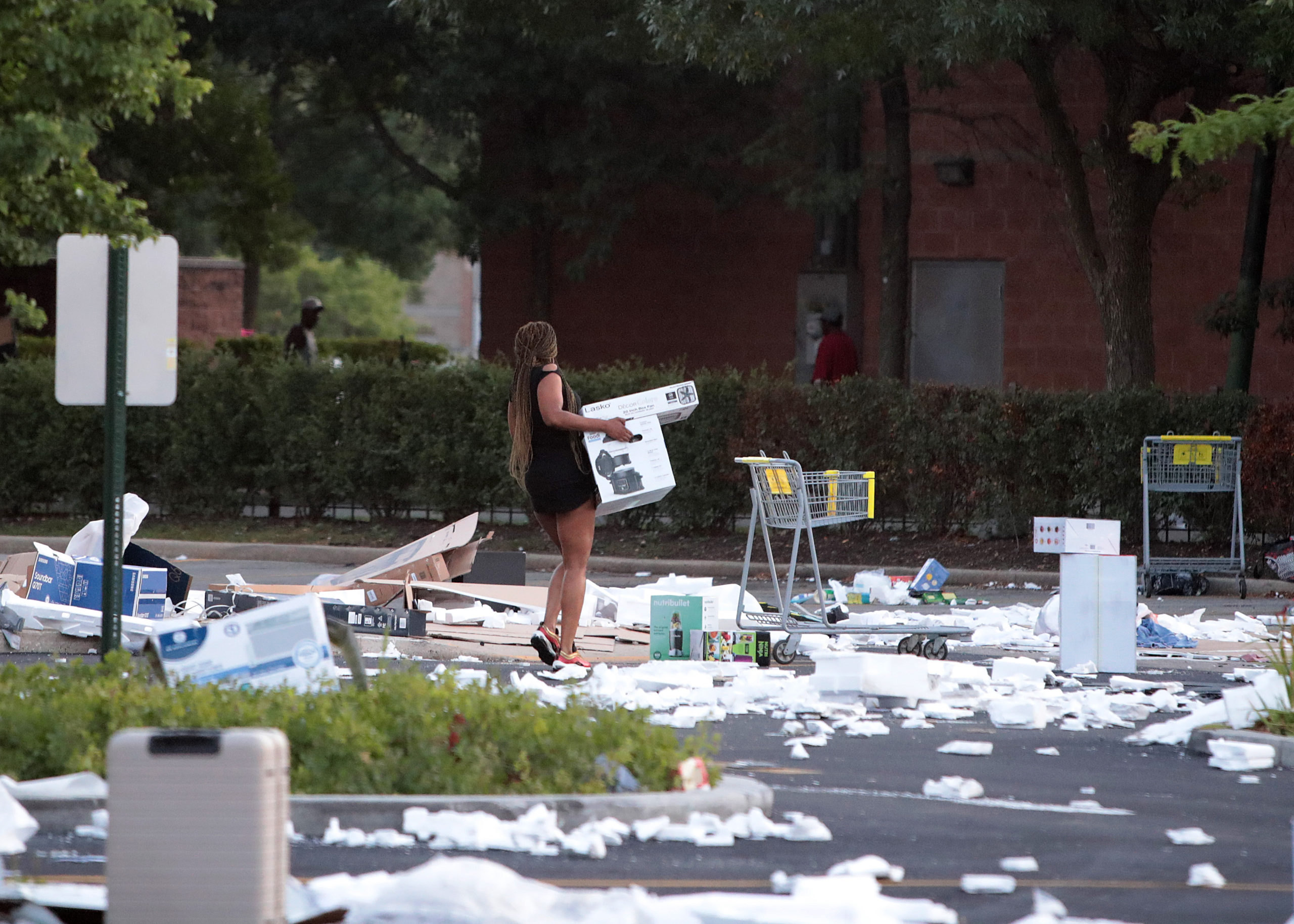 A person carries a box near a looted Best Buy store seen after parts of Chicago had widespread looting and vandalism (Scott Olson/Getty Images).

There have been 38 incidents where riots damaged or brought down historical statues. Law enforcement deployed non-lethal munitions in 54% of the demonstrations where they were present, ACLED reported. A total of 5% of BLM protests have been met with force from officers, data showed. (RELATED: ‘A Gut Punch,’ ‘We Just Feel Abandoned’: Police Union Execs Sound Off About Lack Of Morale That They Say Is Resulting From Politicians)

ACLED also claimed that 50 incidents across the country in the past three months have featured armed individuals, and BLM protests have been recorded in South America, Africa, Asia and several violent demonstrations have been reported in Europe.