Bob Woodward’s new book, “Rage,” says that Kim Jong Un “tells” President Donald Trump everything, including how he killed his own uncle to secure power, according to excerpts posted by The Washington Post.

Kim Jong Un “tells me everything,” Trump allegedly said to Woodward on one of 18 on-the-record phone calls between the two, per WaPo. Other details and Trump quotes from the book reportedly stem from “deep background” conversations had with individuals close to Trump. (RELATED: ‘Political Hit Job’: Trump Responds To Woodward Recordings Showing He Downplayed Coronavirus Danger)

Trump reportedly told Woodward that the CIA has “no idea” on how to mitigate the North Korean threat and Kim Jong Un thought former President Barack Obama was “an asshole.”

“I met. Big fucking deal,” Trump told Woodward, according to The Washington Post.“It takes me two days. I met. I gave up nothing.”

Woodward also tracked down letters sent between Trump and Kim, despite the fact that Trump refused to share the letters in the first place, as reported by The Washington Post. “Those are so top secret,” the president reportedly told Woodward. 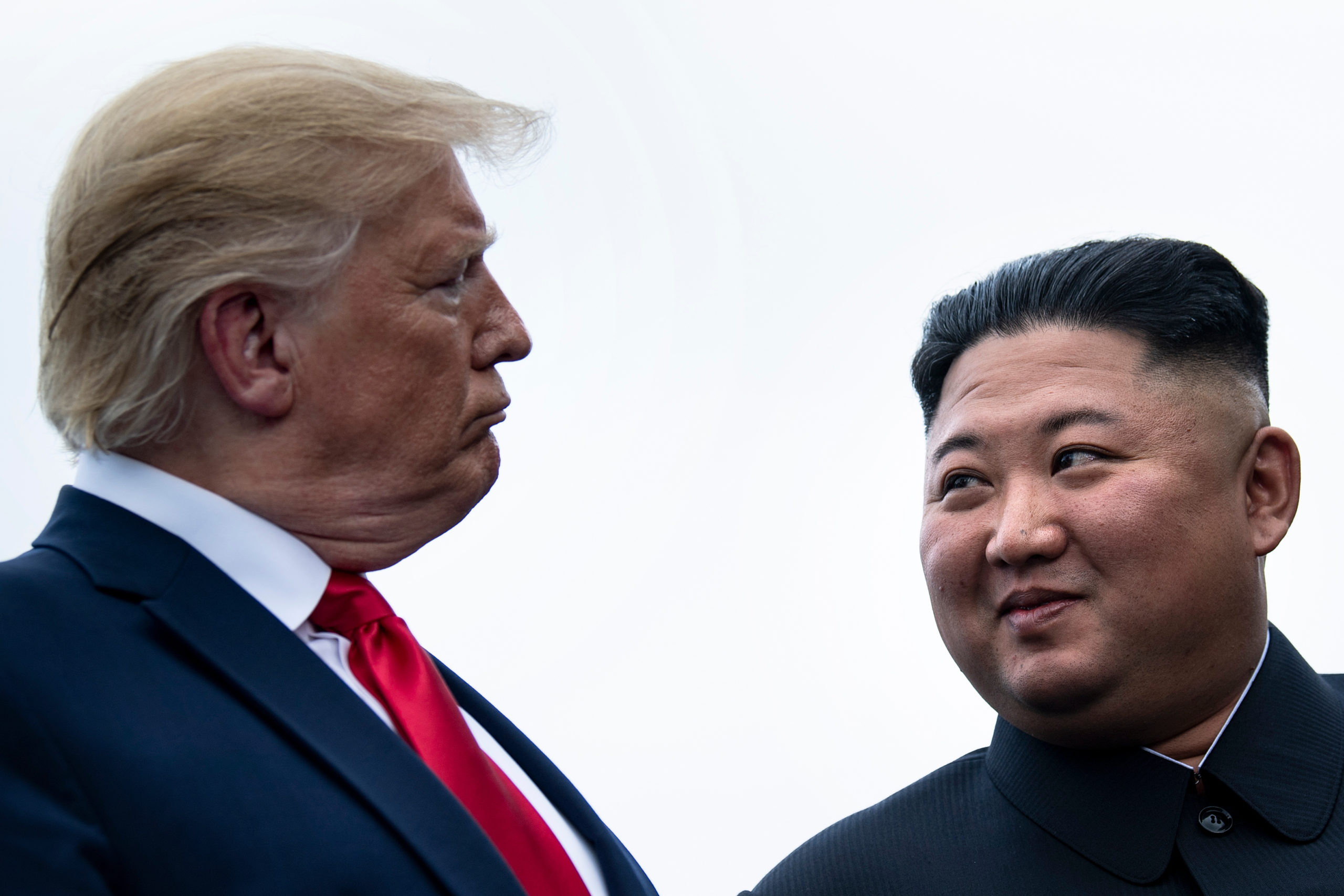 TOPSHOT – US President Donald Trump and North Korea’s leader Kim Jong-un talk before a meeting in the Demilitarized Zone(DMZ) on June 30, 2019, in Panmunjom, Korea. (Photo by Brendan Smialowski / AFP)

Woodward writes that Kim Jong Un’s letter to Trump were filled with extravagant language, saying one of the letters said Kim wrote about his desires for “another historic meeting between myself and Your Excellency reminiscent of a scene from a fantasy film.”

“I feel pleased to have formed good ties with such a powerful and preeminent statesman as Your Excellency,” Kim reportedly writes in another, per The Washington Post.

In a different letter, Kim Jong Un reminisced about meeting Trump.“When I firmly held Your Excellency’s hand at the beautiful and sacred location as the whole world watched with great interest and hope to relive the honor of that day.”

W0odward says that Trump liked the fact Kim called him “Your Excellency.” At one point, Trump even publicly joked the two leaders “fell in love.”

Recounting the 2018 Singapore meeting, Trump told Woodward he was thinking, “holy shit,” and thought the authoritarian leader was “far beyond smart,” per The Washington Post. (RELATED: Bob Woodward Has A Trail Of Accuracy Issues That Nobody Is Talking About)

Woodward says Trump sent Kim a copy of the New York Times with the two leaders on the front page, per The Washington Post. “Chairman, great picture of you, big time,” Trump reportedly wrote on the paper in marker.

“It’s funny, the relationships I have, the tougher and meaner they are, the better I get along with them,” he told Woodward. “You know? Explain that to me someday, okay?” Trump allegedly told Woodward about his relationships with authoritarian leaders from around the world.