A video captured by a Gettysburg visitor and reported by the New York Post purports to show a pair of “ghosts” emerging from cannons and crossing the road in front of the presumably petrified driver.

New Jersey resident Greg Yuelling recorded the video while driving through the famous Civil War battlefield with his family earlier this month, the Post reported.

Of course, the crack team of ghost hunting “experts” here at the Daily Caller were quick to chime in on whether this apparition was indeed something otherworldly, a hoax or something in between.

“I have had ghostly encounters in Gettysburg. These are totally real.” – Daily Caller associate editor Hanna Panreck

“Going on record to say I believe in ghosts and also Bigfoot thank you all very much.” – Daily Caller associate editor Sarah Albers

“Those are definitely not smudges. Being from Ohio, I also believe in Bigfoot as well.” – Daily Caller social media manager Logan Hall

“Holy smokes! I’ve been to a few of those battlefields out there on the east coast. Those places are definitely haunted. That is all.” – Daily Caller entertainment reporter Katie Jerkovich

“This is real. Ghosts are real. So are wendigos and skinwalkers.” – Daily Caller contributor Kyle Hooten

“Those are definitely real ghosts and not a smudge on the guy’s windscreen. – Daily Caller News Foundation associate editor Thomas Phippen

OK, none of these are professional ghost hunters, but we do have someone on staff who has worked in the “field.”

Before coming to work at the Daily Caller, Greg Niecestro appeared on the Syfy channel show “Killer Contact” and has been a part of many paranormal investigations. (RELATED: Ghost In North Carolina College Student’s Room Turned Out To Be 30-Year-Old Man)

“I’ve been to dozens and dozens of ghost hunts and did it for the Syfy channel so I like to think my opinion counts in these rare circumstances,” Niecestro said. “It’s a water smudge and I can say that conclusively because if you look at the ‘ghost’ moving, it lines up perfectly evenly with the water smudge the entire time. And that water smudge is there before and after the ghost appears. Add in the camera moving at the perfect time and it creates a really weird looking effect.”

Niecestro attached the following picture as “proof” of his assertion. 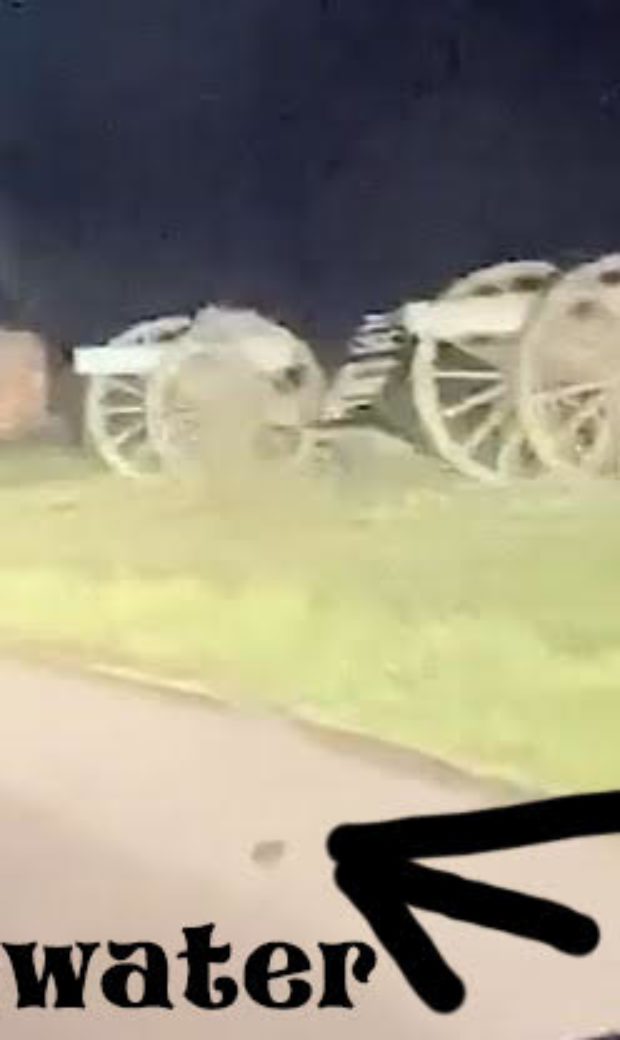 There you have it. Turns out, two of our amateurs had it right all along.

Are ghosts real? We don’t know for sure, but we are fairly certain this driver didn’t capture the proof the world needs.