Archaeologists have discovered 27 ancient coffins in Egypt that are believed to have remained unopened since they were buried around 2,500 years ago, numerous sources reported.

The coffins, also called sarcophagi, were buried near the Step Pyramid of Djoser in Saqqara, which is located 20 miles south of Cairo and is a designated UNESCO World Heritage Site. A spokesperson for Egypt’s Ministry of Tourism and Antiquities said 12 coffins were found earlier in September in a newly discovered well, and were followed by the unearthing of 14 more in another well, the Associated Press reported. 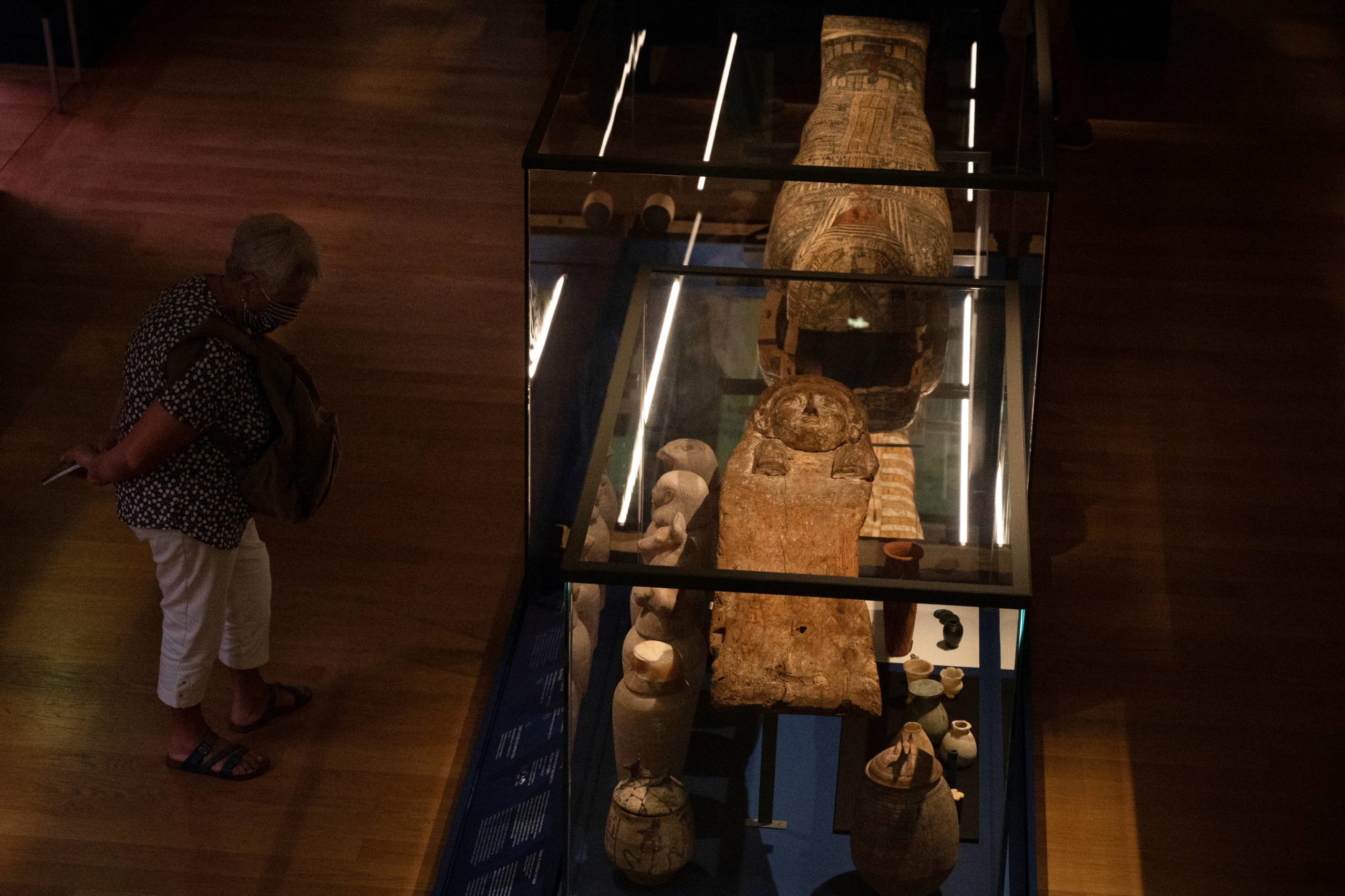 Visitors looks at a sarcophagus with a mummy inside during the exhibition “Pharaon, Osiris and mummy” at the museum Granet in Aix-en-Provence, southeastern France, on September 18, 2020. (Photo by CHRISTOPHE SIMON/AFP via Getty Images)

Although the sarcophagi have been underground for millennia, they retained their original colors, and are seen covered in color and ancient Egyptian hieroglyphics in footage shared by the ministry, the AP reported.

Additional, smaller artifacts were also discovered in the burial shaft, which stretched 30 feet below ground. Among the artifacts was a figurine typically buried in Egyptian gravesites to aid the deceased in the afterlife, CNN reported. 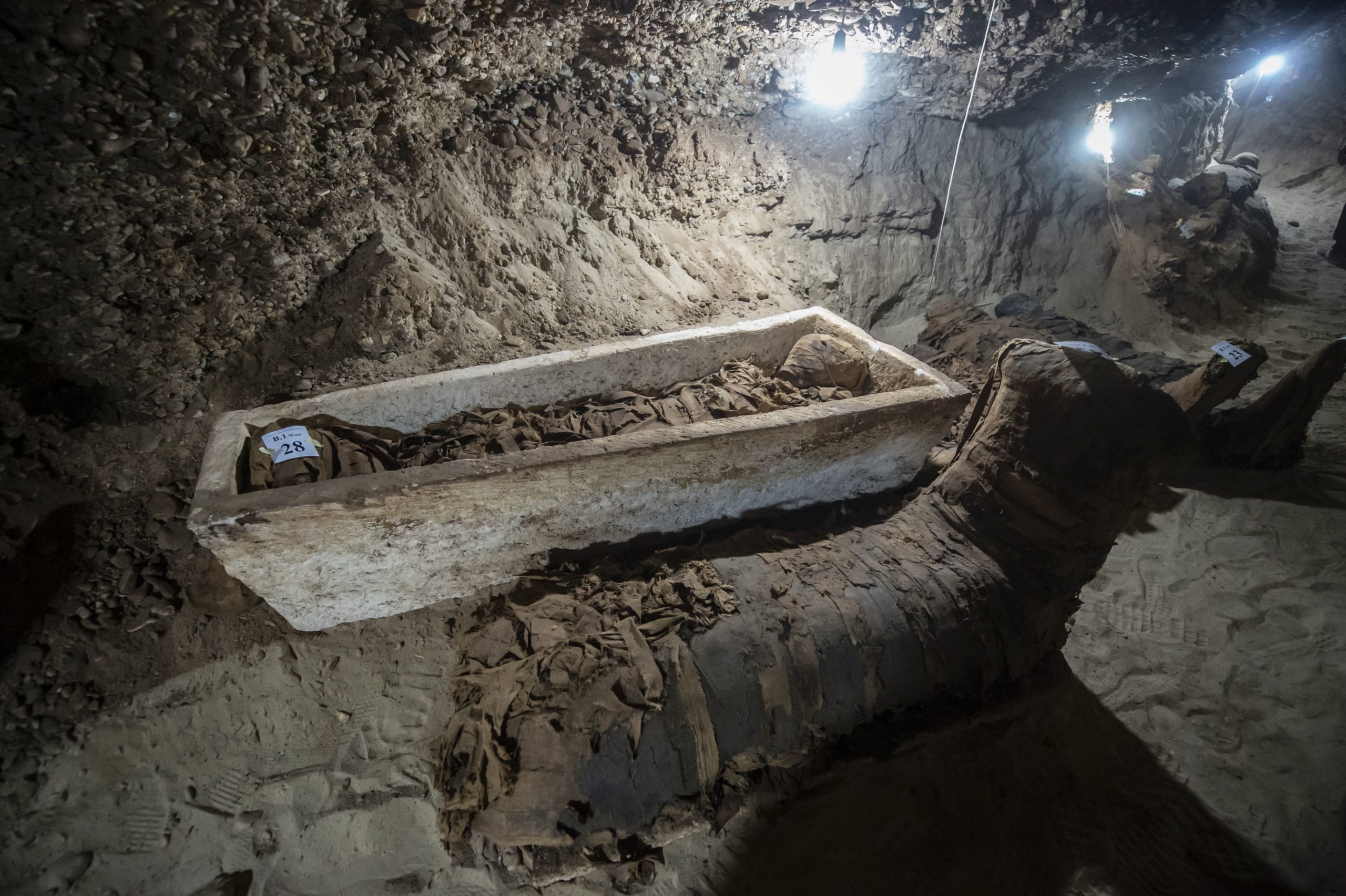 A picture taken on May 13, 2017, shows mummies lying in catacombs following their discovery in the Touna el-Gabal district of the Minya province, in central Egypt.
(KHALED DESOUKI/AFP via Getty Images)

The ministry had previously announced discoveries at the site as being “the largest number of coffins in one burial since the discovery of the Al-Asasif cachette,” according to CNN. In 2019, 30 coffins with mummies inside were unearthed and were determined to have been Egypt’s largest find in over a century at the time.

Among the discoveries made in 2019 were hundreds of mummified animals, birds, and crocodiles, as well as two mummified lion cubs. A year prior, archaeologists unveiled the nearly 4,400-year-old tomb of the “divine inspector” from Egypt’s fifth dynasty. (RELATED: Archaeologists Discover Over 4,000-Year-Old Tomb Of ‘The Divine Inspector’ In Egypt)