“It’s personal for all of us as New Yorkers,” the mayor said during a Tuesday press conference. “It’s personal for so many people who are inspired by her and saw her as a guiding light and an example. We want to make sure we honor her in every conceivable way, and especially in the borough that she came from, that gave her so much of her strength and spirit – the borough of Brooklyn.” (RELATED: Ginsburg To Lie In State In US Capitol On Friday — Will Be First Woman To Hold The Honor) 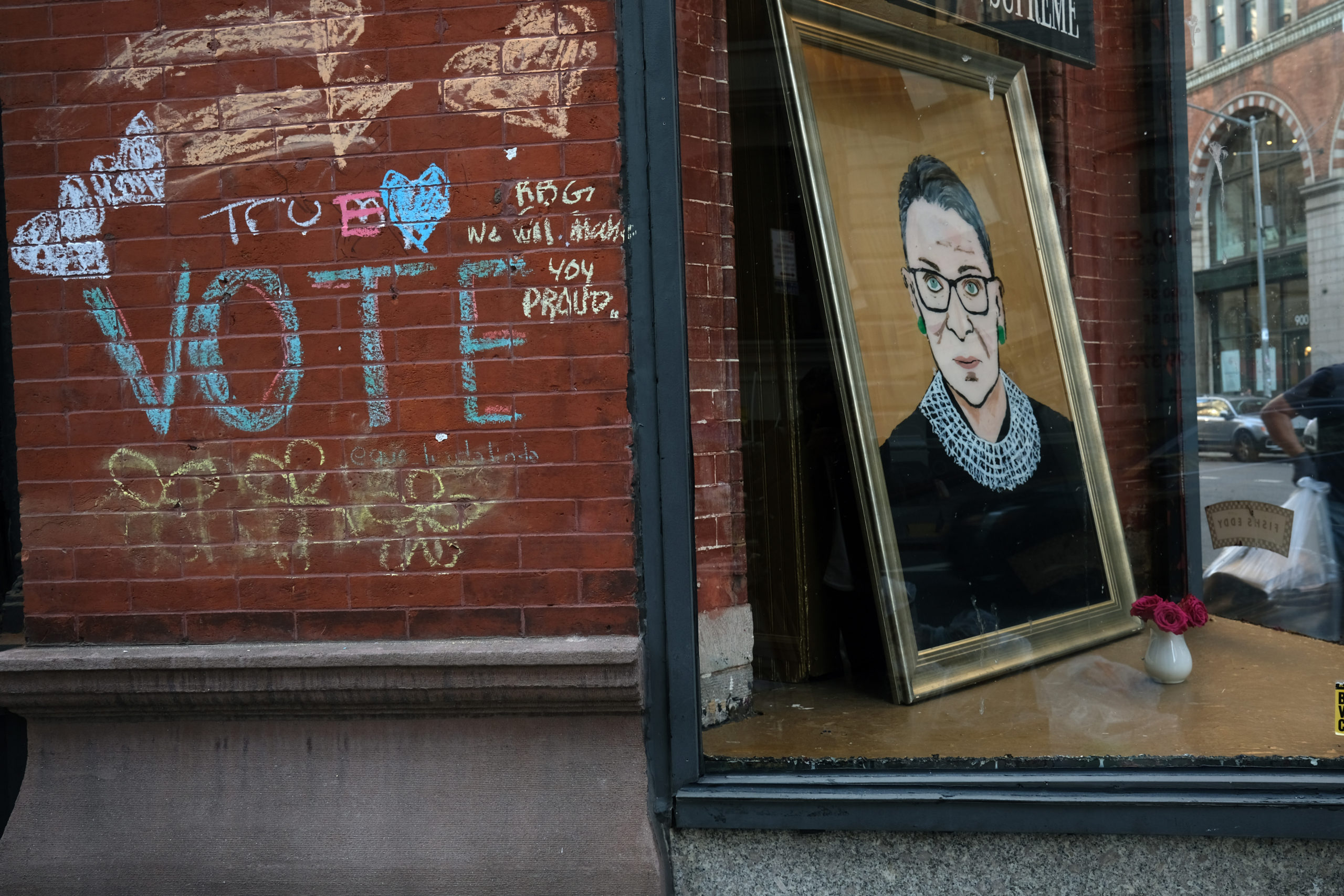 A painting of the late Supreme Court Justice Ruth Bader Ginsburg is displayed in a shop window on September 21, 2020 in New York City. Ginsburg, who in her 80s became a legal, cultural and feminist icon, died at her home in Washington, D.C. after serving on the high court since 1993. (Photo by Spencer Platt/Getty Images)

“So today I’m proud to announce that we will rename the Brooklyn Municipal Building after Justice Ruth Bader Ginsburg,” DeBlasio continued. “And what an extraordinary opportunity to say to the people of Brooklyn, ‘here’s one of your own who changed the world.'”

Ginsburg died at her home Friday night due to complications from metastatic pancreatic cancer. She was 87 years old.

Borough President Eric Adams started a petition to rename the building following Ginsburg’s death, The Hill reported. More than 103,000 people signed the petition, according to the report.

“Today, we grieve. Tomorrow, we fight,” Adams said on Twitter. “RBG ran her mile. Now it’s time for us to pick up the baton and run ours.”

“It’s also past time we put her name on the Brooklyn Municipal Building to honor this daughter of Brooklyn for her lasting contributions to our country,” he said.