Dutch officials are looking for answers after allegations emerged that Pete Hoekstra, the U.S. ambassador to the Netherlands, hosted a private event for a right-wing party and its donors at the U.S. embassy in The Hague earlier this month.

Dutch Magazine De Groene Amsterdammer published a description of the Sept. 10 event, which was allegedly attended by members of the Forum for Democracy (FvD) party and supporters in the business community, according to The Washington Post.

Founded in 2016 and led by Thierry Baudet, the FvD is considered a far-right populist group that supports Dutch-first cultural, social and economic policies, according to Politico. Baudet supports the Netherlands leaving the European Union, less immigration, and better relations with Russia, per the same report.

Guests who attended the Sept. 10 event said around 40 percent of the crowd were entrepreneurs that had already donated to FvD and that the invitation they received listed contact information for Joyce Vastenhouw, allegedly described in the invitation as “Head of Fundraising.”

Other guests told De Groene that Hoekstra, appointed by President Donald Trump, spoke at the event and briefly mentioned Trump’s unpopularity in the Netherlands, according to The Washington Post. 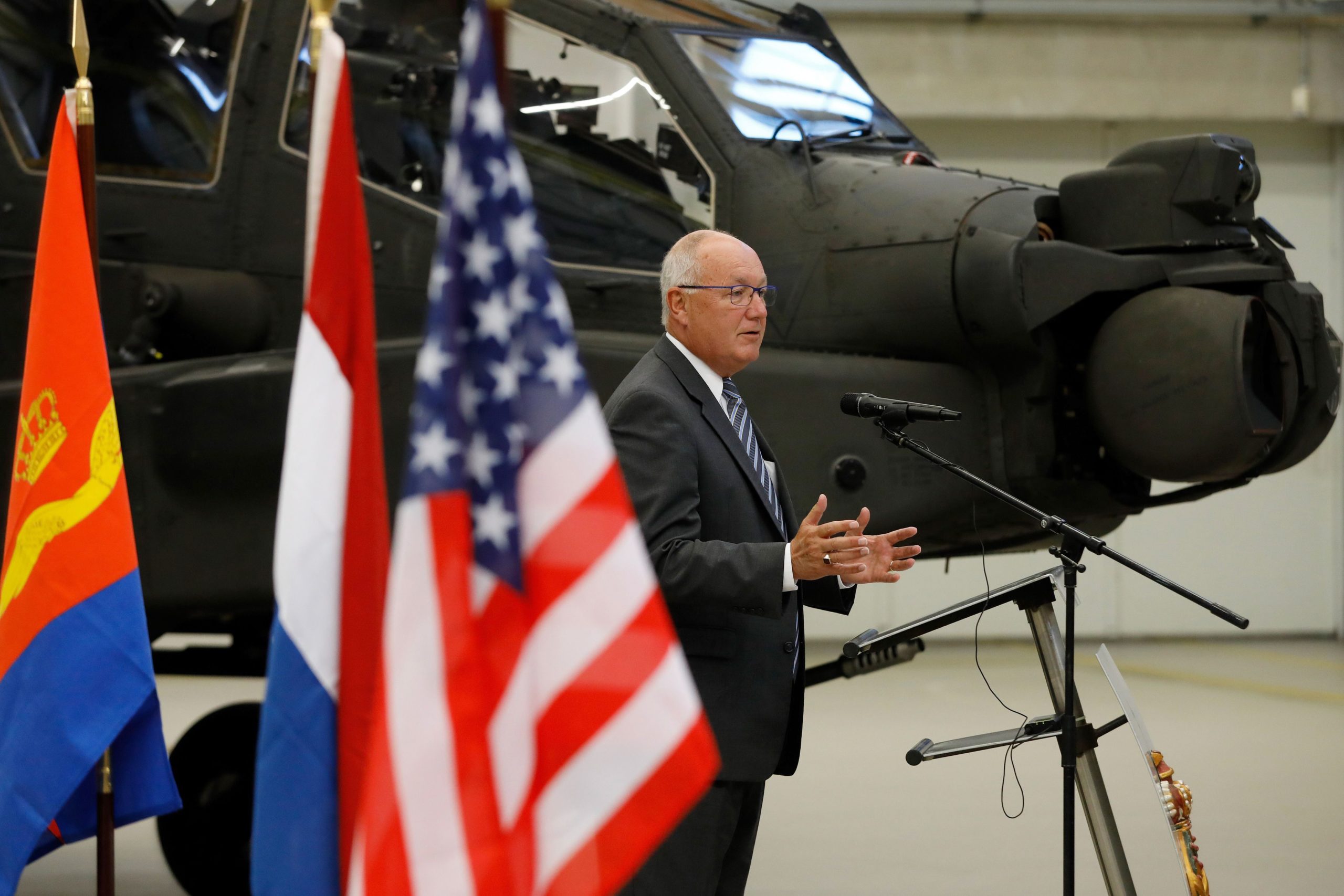 US ambassador Pete Hoekstra speaks at airbase Gilze-Rijen during a signing ceremony for the upgrate of 28 Apache helicopters of the Royal Airforce at Gilze Rijen, on September 14, 2018. (Photo by Bas CZERWINSKI / ANP / AFP) / Netherlands OUT (Photo credit should read BAS CZERWINSKI/AFP via Getty Images)

U.S. officials told Dutch media the Sept. 10 event was not necessarily out of the ordinary, according to The Washington Post.

A State Department spokesperson told The Daily Caller the event “was not a fundraiser.”

“Ambassador Hoekstra and the U.S. Embassy’s record on substantive engagement with a range of Dutch political parties is clear: 15 town halls with eight different parties,” the statement read. “Recently, as part of the U.S. Embassy’s regular party engagements, the Embassy hosted a town hall discussion and Q&A session with the Forum for Democracy (FvD). Contrary to reports in the media, this was not a fundraiser.”

A member of parliament and foreign policy spokesman for Democrats 66, a liberal party in the Netherlands, Sjoerd Wiemer Sjoerdsma called on the Foreign Ministry to investigate the event to determine whether Hoekstra “facilitated a fund raising event for a political party,” according to the report. (RELATED: Dutch Police Arrest 6 People After Discovering Homemade Prison, Torture Chamber)

“That would be a violation of the Treaty of Vienna,” Sjoerdsma told The Washington Post. His comment was in reference to the 1961 Vienna Convention on Diplomatic Relations, of which both nations are members to, which stipulates ambassadors “have a duty not to interfere in the internal affairs of that State.”

Another member of parliament, Sven Koopmans, who is a member of the People’s Party for Freedom and Democracy (VVD) said other political parties have hosted events with Hoekstra, but that if the “U.S. Embassy was used for a fundraising event for [the FvD], or whether perhaps that party used the ambassador’s invitation for fundraising purposes, that would not be proper,” according to The Washington Post.

Bram van Ojik, a member of parliament and a member of the left-wing GroenLinks party, told public broadcaster Nederlandse Omroep Stichting that the event was “interference in our elections,” The Washington Post reported.