The Trump administration halted certain grant funding to select environmental organizations, including the World Wildlife Fund, which have used federal money to fund alleged human rights violations in Africa, according to an internal memo.

The Department of the Interior (DOI) will not award further conservation grants under the Central Africa Regional Program for the Environment (CARPE), according to the memo. About $12.3 million in CARPE grants has been suspended while $5.3 million of other related grants is pending approval by the department.

“Our job in the federal government is to ensure taxpayer dollars are used responsibly and spent wisely,” DOI Deputy Secretary Kate MacGregor told the DCNF. “I don’t think the American people want to see that their tax dollars have been awarded out to organizations that have in any way been apart of any atrocities.”

For years, the Fish and Wildlife Service (FWS), an agency within the DOI, has provided funds from the CARPE program to organizations and governments to help with the conservation of species and landscapes.

The memo and decision to halt funding is the culmination of a DOI investigation initiated in March 2019 after media reports detailing how the World Wildlife Fund (WWF) funds individuals who are committing atrocities in African countries, according to MacGregor. The memo also said the Wildlife Conservation Society (WCS), which has also received government funds, was implicated in similar atrocities.

African Parks Foundation will also be affected by the funding changes.

MacGregor sent the memo, which was obtained by the Daily Caller News Foundation, to FWS director Aurelia Skipwith. The DOI said the House of Representatives was set to receive the memo Tuesday. 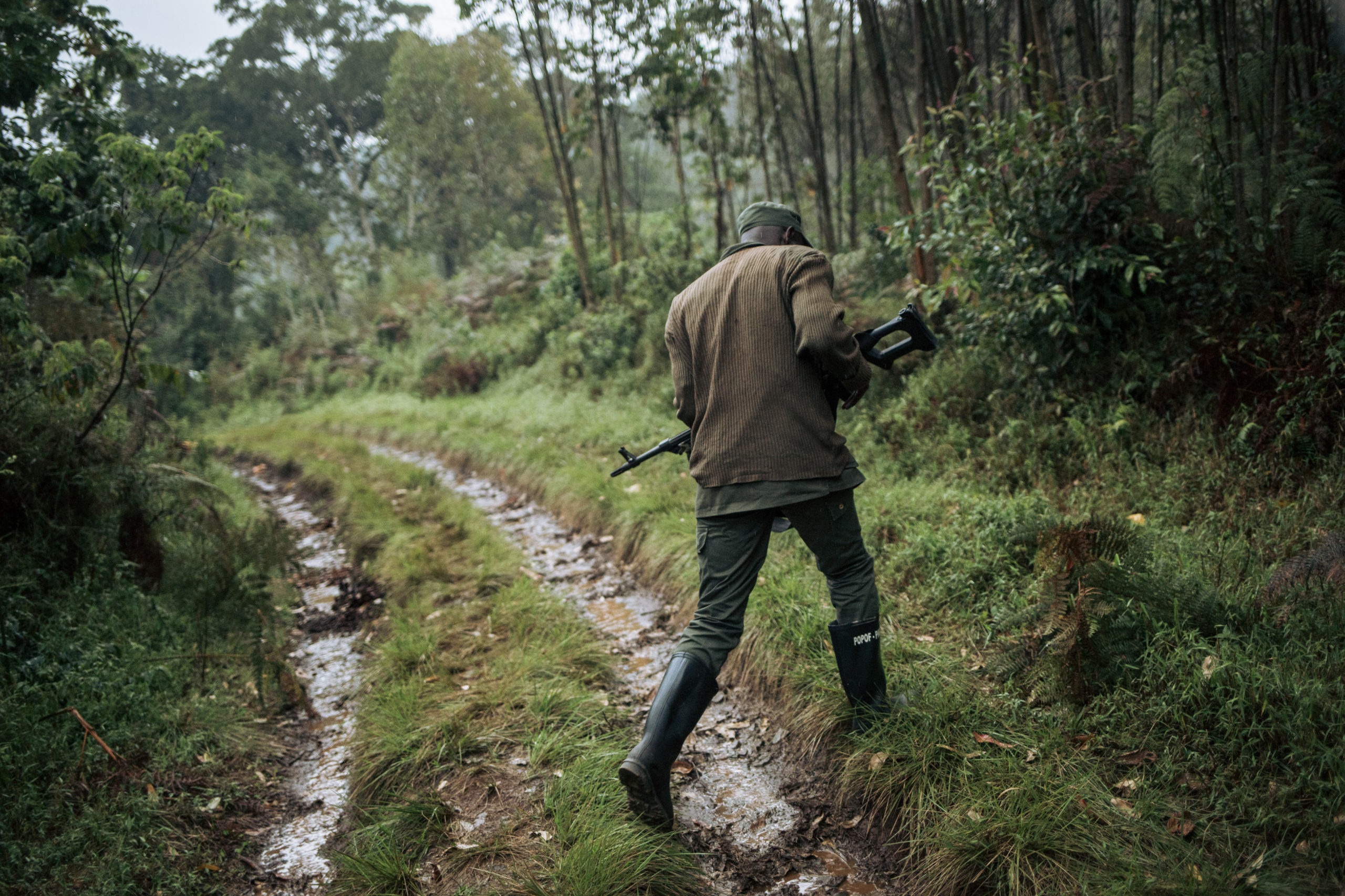 Rangers from Kahuzi-Biega National Park visit the devastated areas of the park on September 30, 2019. (Alexis Huguet/AFP via Getty Images)

A March 2019 BuzzFeed News investigation detailed a series of alleged incidents in which armed rangers, funded and equipped by WWF to protect areas from poachers, tortured and killed locals in Cameroon. A follow-up BuzzFeed report in September 2019 alleged that the U.S. government was indirectly funding such atrocities through grants it had awarded WWF.

“Respect for human rights is at the core of our mission,” a WWF spokesperson said in a statement following Buzzfeed’s March report. “We take any allegations seriously and are commissioning an independent review to look into the cases raised in the story.”

The Rainforest Foundation U.K. and Survival International in 2017 reported that WCS funded human rights abuses in the Republic of Congo.

“WCS is not the only multinational NGO implicated in the abuse of tribal peoples,” the Survival International report said.

It continued, “It’s a con. And it’s harming conservation.” (RELATED: Hunting Is Conservation: A Paradox Explained)

The WWF received $333 million from U.S. taxpayers between 2004 and 2019, the memo said. The U.S. government awarded WWF $14 million in grants in 2019, according to the organization’s financial statement.

About half of the U.S. government money received by WWF was used to fund grants supporting anti-poaching activities including funding armed rangers, according to the memo.

Further, the government has awarded the WCS at least $28 million since 2010, according to the memo. At least $19 million of those funds were tied to law enforcement activities. 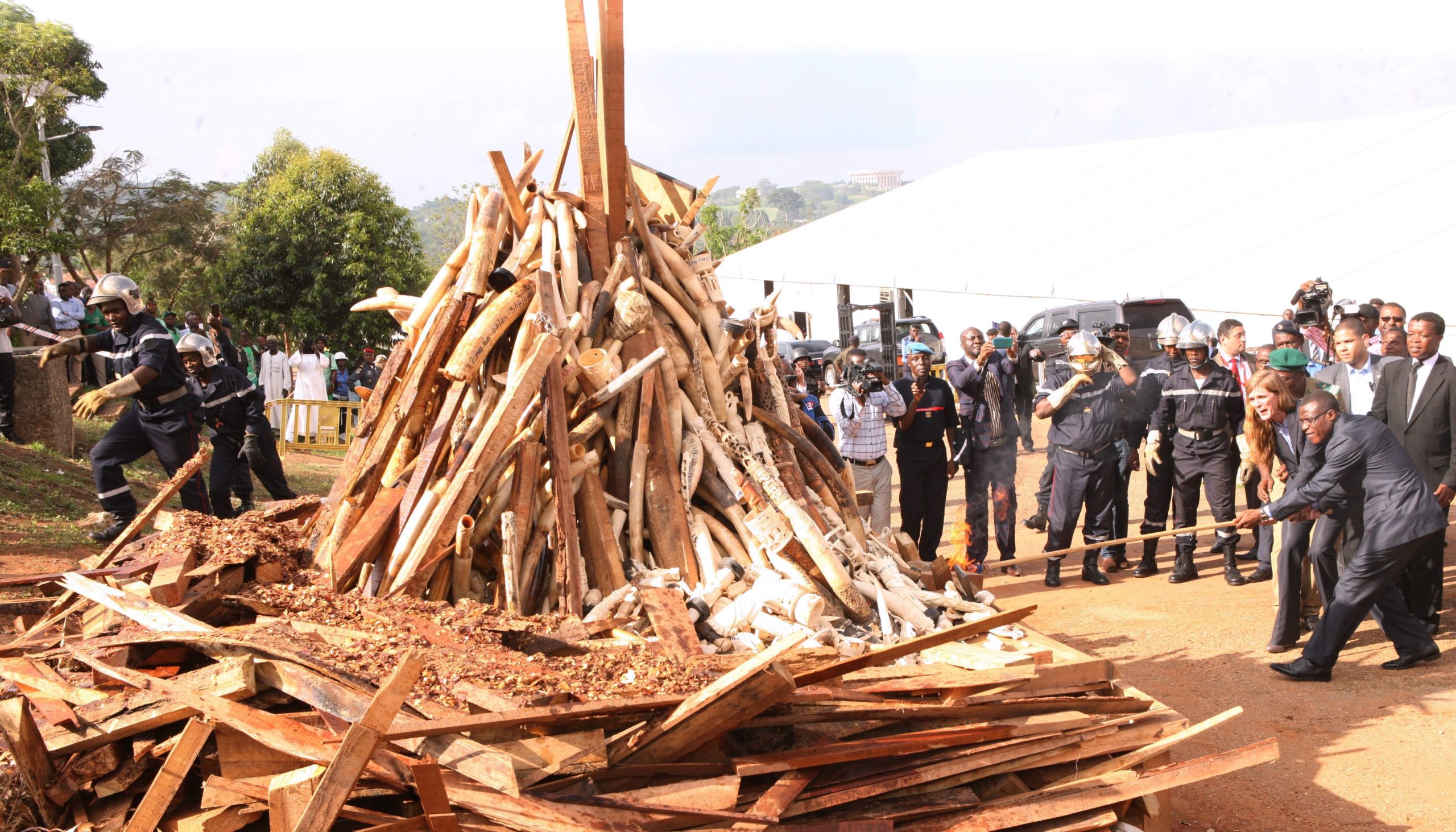 Cameroonian Minister of Wildlife Ngole Philip Ngwese and former U.S. ambassador to the United Nations Samantha Power set fire to a pile of ivory in Yaounde on April 19, 2016. (Reinnier Kaze/AFP via Getty Images)

The DOI memo detailed several abuses that it said must be guarded against in the future. The alleged abuses were uncovered by WWF internal investigations, the United Nations Development Programme (UNDP), various human rights organizations and the German Development Bank.

“[The UNDP Social and Environmental Compliance Unit’s] investigation has obtained credible testimony during the fieldwork in February 2019 … that armed eco-guards engage in violence and threats of violence against the indigenous Baka people in the Messok Dja area,” a March UNDP report said.

According to the memo, in one alleged incident, four women, including two who were pregnant, were beaten, lashed and raped by rangers in the Republic of Congo’s Solanga National Park. In another incident the memo reported, three men were imprisoned for three days and at one point the rangers reportedly “tied their penises with fishing thread and hung them at the branch of a tree.”

The UNDP focused on human rights abuse allegations from six indigenous communities in the Messok-Dja Protected Area located in the Republic of Congo. (RELATED: Report: Police Free 15 Children From African School Where They Were Tortured, Chained)

Investigations conducted by independent agencies into the activities of environmental groups in Cameroon and Solanga National Park in 2018 and 2019 respectively, confirm that such human rights atrocities occurred.

“My question, especially to some of our own employees was: How did we not know this was going on and how do we handle when allegations like these are made?” MacGregor said.

WWF released a statement in February prior to the release of the UNDP report, saying, “At WWF, we know that people and nature go hand in hand and local and indigenous communities must be a cornerstone of conservation efforts.”

“As we aim to create positive impact for people and nature, the report highlights the underlying issues and challenges facing communities and organizations like ours on the ground that we have been working hard to address,” the statement said.

It continued, “Any breach of our social and human rights commitments is unacceptable to us.”

MacGregor instructed FWS that no further grants, especially as they relate to eco-guards, would be doled out without strong parameters to ensure the U.S. taxpayer that their money wasn’t contributing to human rights abuses, she added.

Two beneficiaries of a WWF pilot project to produce domestic bio gas to combat illegal charcoal production look at their new gas cooker in their home in Sake, northeastern Democratic Republic of Congo, on September 28, 2019.(Alexis Huguet/AFP via Getty Images)

However, such measures highlighted in the deputy secretary’s memo have been met with pushback from elected officials.

Three Republican members of the committee wrote to the president of the WCS in December requesting information related to the organization’s “awareness of human rights abuses.”

MacGregor told the DCNF that over the course of the DOI investigation, certain environmental organizations “closed their doors” deciding to not respond to inquiries concerning how they used taxpayer money.