A pro-Armenia rally protesting the United States’ aid to Azerbaijan and Turkey in light of their recent attack on Armenia was held outside Philadelphia’s City Hall on Sunday, Oct. 4.

The rally was inspired by the violent conflict that broke out between Azerbaijan and Armenia last weekend. The fighting was the result of rehashed border disputes that last peaked between the two former Soviet countries in the 1990’s, Reuters reports.

A crowd gathered to protest “the attack on Armenia” and “the aid the United States provided to Azerbaijan,” the organizer of the rally, who wished to remain anonymous, told DCNF.

Call-and-response style chants were shouted by more than 200 rally-goers clad in Armenian flags. “Turkey wants war. Armenia wants peace” and “Stop Azeri aggression” were among some of the slogans shouted.

The rally’s organizer claimed to speak on behalf of the Philadelphia Armenian community in declaring the Turkish aggression “a simple aim…to complete the Armenian genocide.” 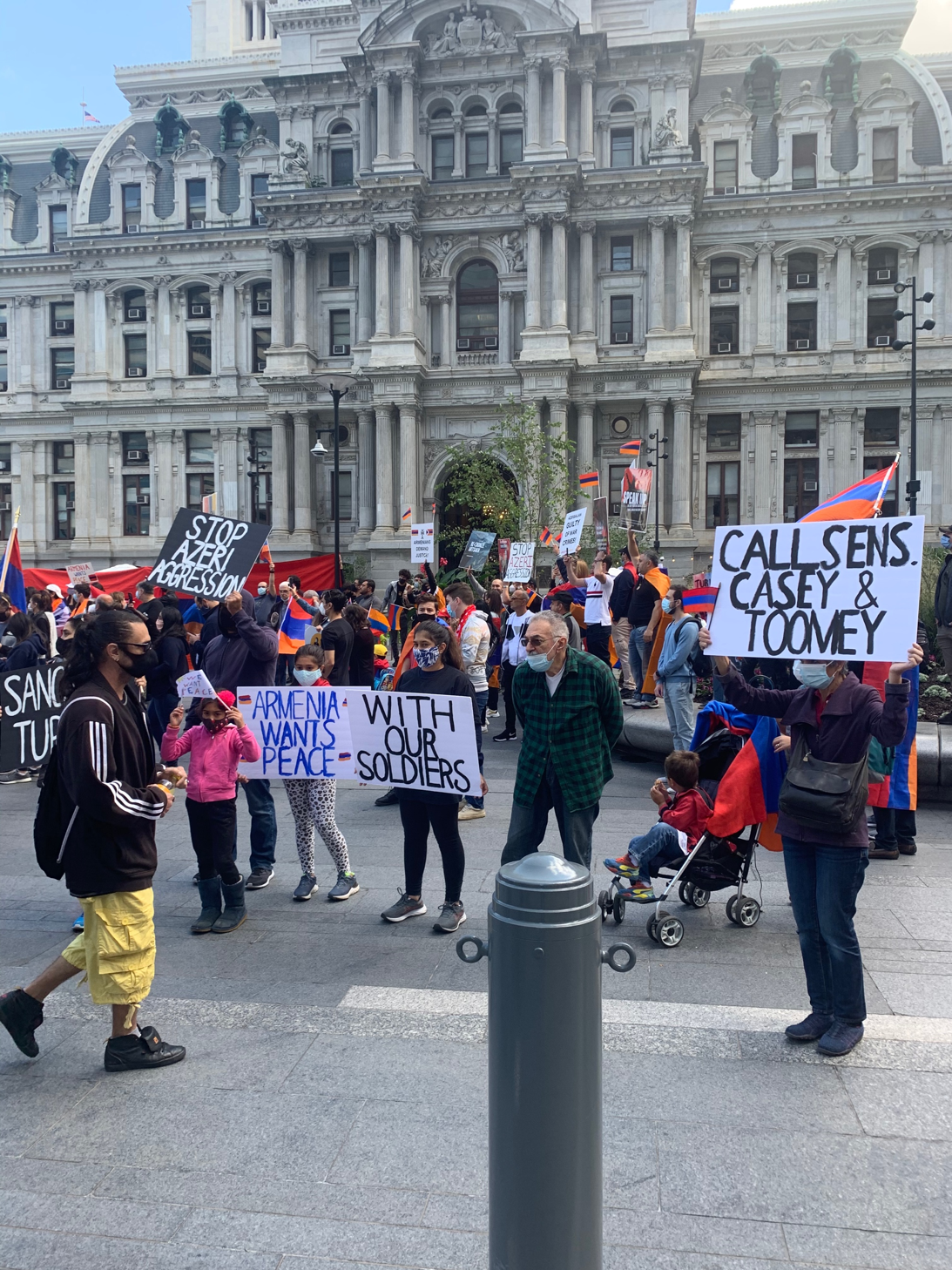 A woman with a sign calling on Pennsylvania senators stands with protesters throughout the rally in Philadelphia, Pennsylvania, on Oct. 4, 2020. (Bernadette Breslin / Daily Caller News Foundation)

The Philadelphia rally comes after intense outrage voiced by the Los Angeles Armenian community on Saturday, Oct. 3, where protesters blocked a California freeway to raise awareness of the ongoing conflict between Azerbaijan and Armenia, Fox News reported.

Flyers advertising the rally in Philadelphia were shared through social media, the rally’s organizer told DCNF, who said she was happy with the turnout.

“We are protesting the silence and passivity of America,” the rally’s organizer told DCNF regarding the conflict.

The rally’s organizer told DCNF that she hopes the events that took place in Philadelphia and Los Angeles this past weekend will “articulate why we protested the attack on Armenia” to Congress.