Many labor leaders around the country say they are confident that an administration led by Democratic presidential candidate Joe Biden will lead to a union resurgence.

Vice President Joe Biden’s campaign has featured many trips to union facilities and Biden has hired several union leaders to advise his campaign, according to Politico. Union involvement in his campaign has led leaders to expect an administration that sides with unions.

Lee Saunders, president of the American Federation of State, County and Municipal Employees (AFSCME), added: “He’s doing more of this outreach than any other candidate that I’ve known on the Democratic side. When he talks about organized labor, when he talks about the importance of unions, he really means it.” 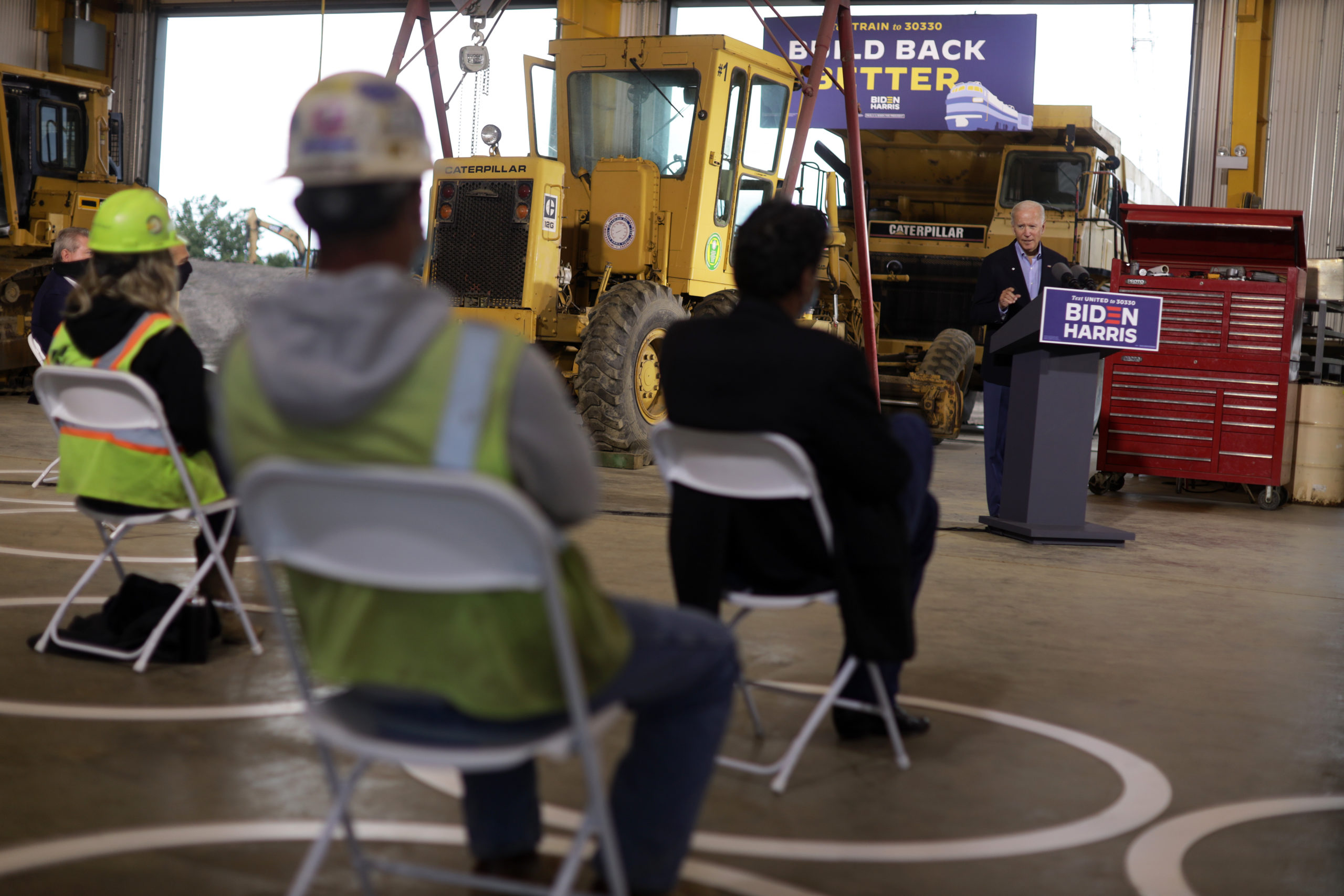 Biden’s official campaign website says that he would “encourage and incentivize unionization and collective bargaining” if elected president. Union membership has been steadily declining for decades, Politico reported, with just 10.3% of workers belonging to unions in 2019, according to the Bureau of Labor Statistics.

Beyond IAFF and AFSCME, Biden has received endorsements from dozens of unions including the National Education Association (NEA), the American Federation of Teachers (AFT), the Service Employees International Union (SEIU) and the International Brotherhood of Teamsters.

Biden has also made several campaign stops addressing union leaders in Minnesota, Michigan and Pennsylvania. He has repeatedly said the upcoming election is a battle between Scranton and Park Avenue while on the campaign trail.

“Vice President Biden has listened to what we have to say about one of our nation’s most pressing challenges, and I know [International Brotherhood of Electrical Workers] members will have a seat at the table in a Biden White House,” said Lonnie R. Stephenson, president of the International Brotherhood of Electrical Workers, after his union endorsed Biden in February.

If elected president, Biden is expected to nominate several labor leaders to high-ranking positions in federal agencies including the Departments of Labor and Education, according to Politico.

Despite the enthusiasm from union leaders, a significant amount of rank-and-file members, particularly in Rust Belt states, support President Donald Trump, according to local labor officials.