Editor’s note: There has been some confusion over which company was responsible for the firing. The company referenced is Pop Off, a Boston advertising agency, NOT PopOff Marketing.

Danielle Reiss said the Boston advertising agency, Pop Off, which focuses on developing independent music artist careers, sent her an email notifying her that her contract won’t be renewed in February because of Pop Off’s commitment to “inclusivity.” 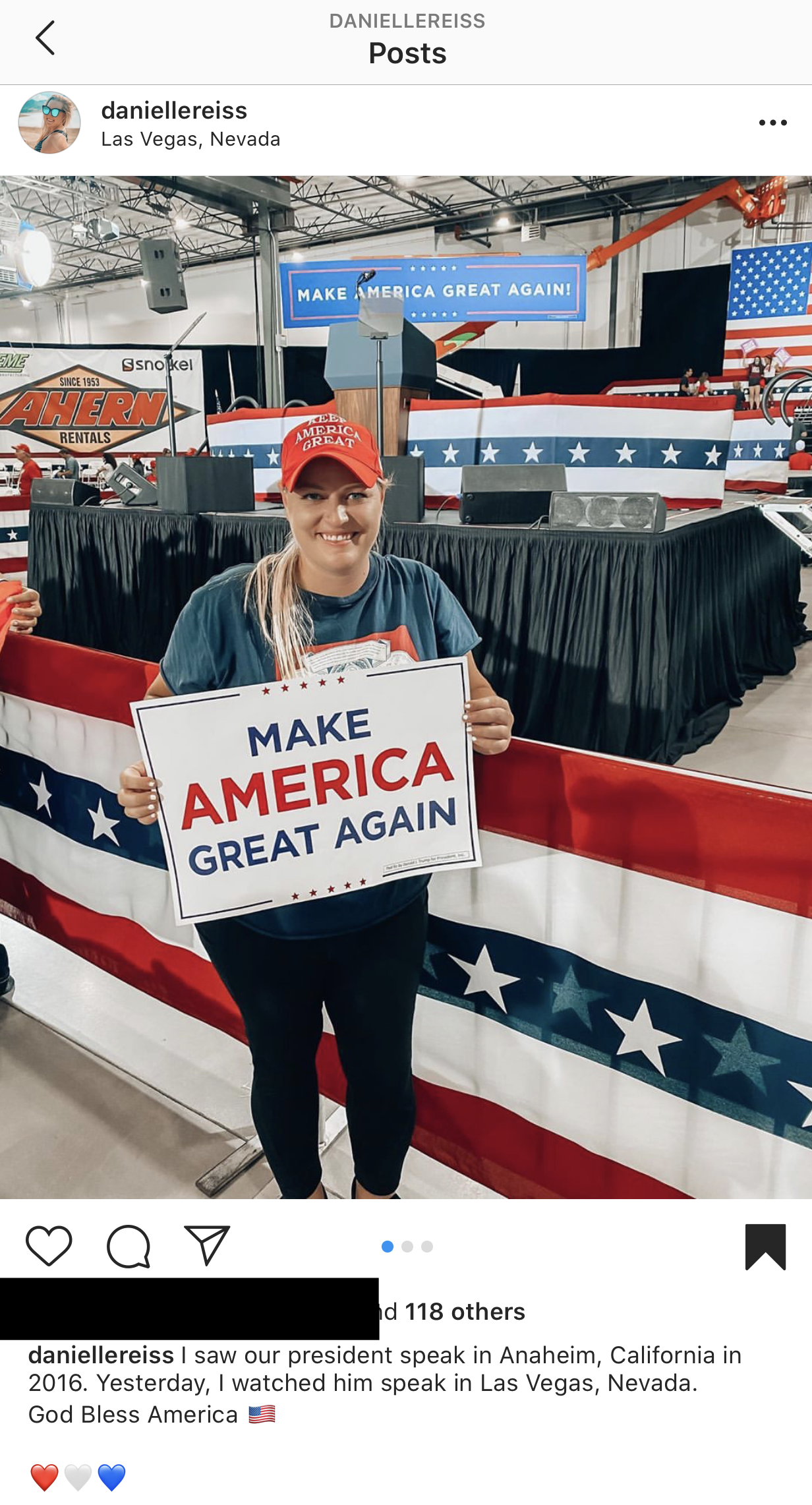 Reiss captioned the photo “I saw our president speak in Anaheim, California in 2016. Yesterday, I watched him speak in Las Vegas, Nevada. God Bless America.”

However, less than a week later Reiss received an email from Pop Off informing her that her employment would conclude in February after her Partnership Agreement ended.

“In the interest of total transparency, we saw your latest Instagram post in which you held a ‘Make America Great Again’ poster,” the email allegedly continued. “From this, we infer that you support the policies and ideologies of Donald Trump’s administration, which blatantly undermines the values we uphold.”

According to Pop Off’s Twitter account, the company has shared politically charged posts, retweeting a photo captioned “America, you know what to do. #VoteHimOut ” 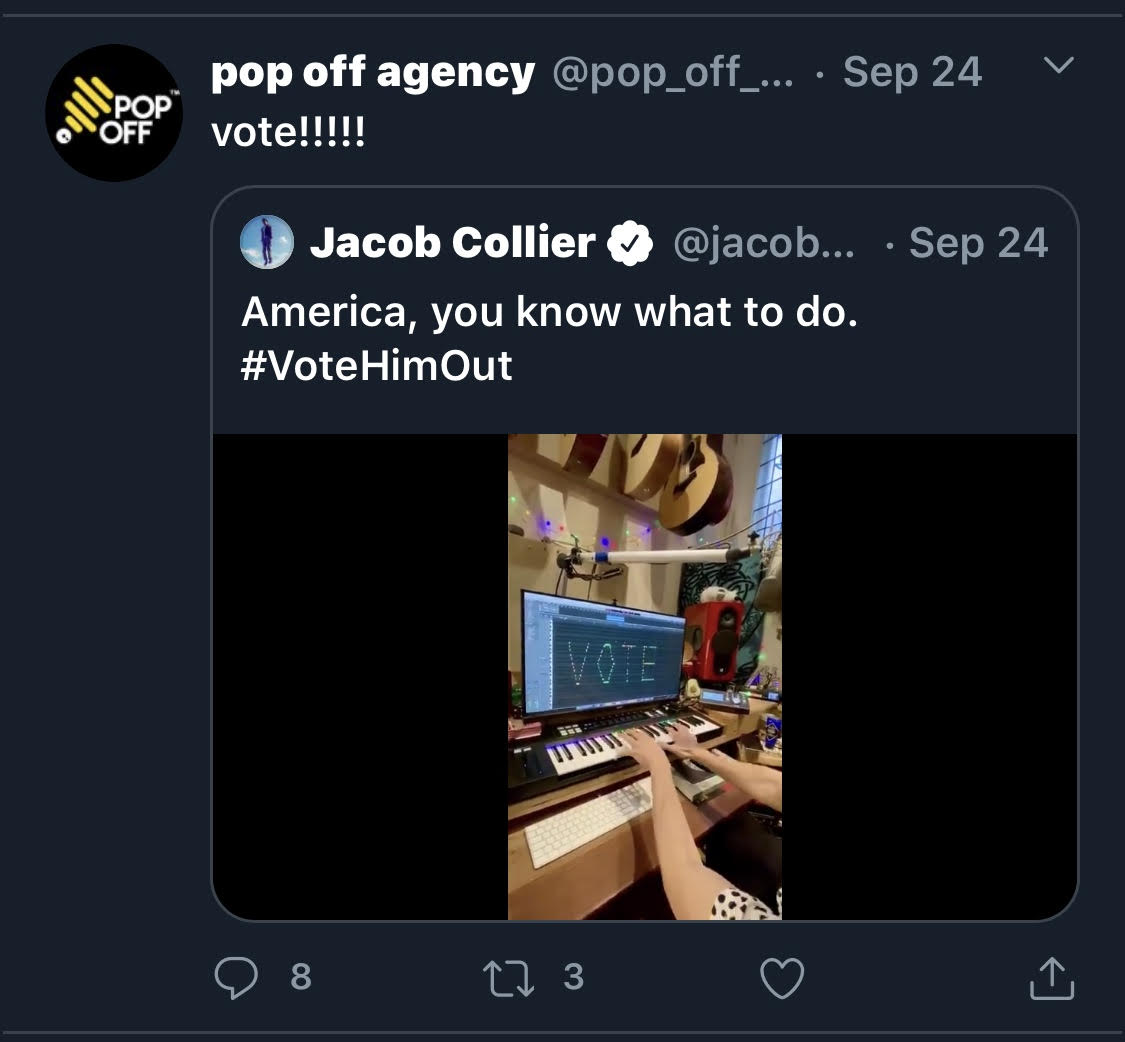 Reiss, who started working remotely at Pop Off in August, told the Daily Caller that since she posted the photo, Pop Off has allegedly not referred to her any new clients, and has cut off communication with her.

“Diversity and equality aren’t limited to what side of the political spectrum you’re on,” Reiss told the Daily Caller.  “It’s contradictory that the Pop Off Agency claims to focus on inclusivity and equality, yet because my views are outside of theirs, I’m terminated for holding them.”

“If Pop Off Agency stands for being incredibly diverse, standing for equality, inclusion, and kindness in everything they do, their executives would incorporate a culture that reflects their core beliefs.”

The Daily Caller has reached out to Pop Off but did not receive a response at the time of publication.