A gunman took roughly 20 bank employees and customers hostage Wednesday in the ex-Soviet nation of Georgia, and demanded police give him $500,000, numerous sources reported.

The unidentified gunman wore a mask and military uniform and took 20 people hostage at a branch of the commercial Bank of Georgia in the town of Zugdidi, the deputy interior minister said, according to Reuters.

Georgian news sites Agenda.Ge referenced multiple possible gunmen, and reported that several individuals were spotted on the roof of the building. Agenda.Ge also says the gunmen have also demanded an unarmed negotiator and security guarantees along with the money. (RELATED: Hostage Standoff In Ukraine Ends After President Endorses Joaquin Phoenix Movie) 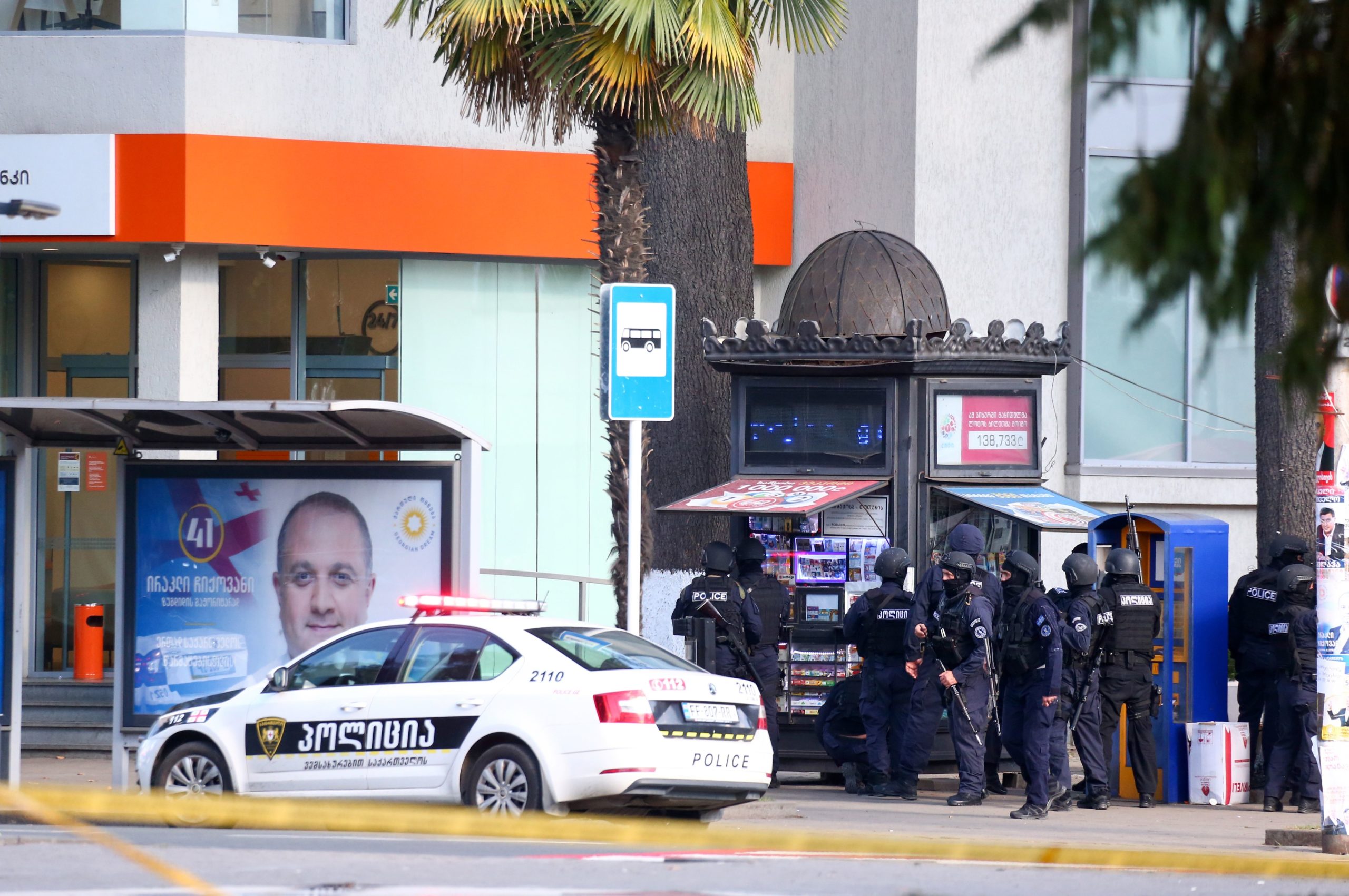 Law enforcement officers are seen near a bank branch after an unidentified man reportedly took hostages, in the western Georgian city of Zugdidi on October 21, 2020. (Photo by STRINGER / AFP) (Photo by STRINGER/AFP via Getty Images)

Three people have been released amid several hours of negotiations with authorities, Reuters reported. One hostage, a pregnant woman, was released earlier in the day, according to police.

“Police officers made an instant response, cordoned off the area around the incident site and launched an operation to neutralize the assailant. At this moment, law enforcers are mobilized on the spot, investigative and operative measures are underway,” a statement from the interior ministry said.

Witnesses reported gunshots, and no injuries have been reported, according to Agenda.Ge. Authorities at the scene could be seen escorting people away from the bank, according to Euro News.

The gunman was reportedly armed with a hand grenade, Georgia’s national Mtavari TV channel said according to the Associated Press. The channel said it spoke to one of the hostages, who said there were 19 people inside the bank.

The channel also aired footage of a room with people sitting on the floor, and the gunman holding a rifle, according to the AP.

“Negotiations are underway, two more hostages have been released,” Vladimir Bortsvadze, a deputy interior minister, told reporters, according to Reuters. “We are doing our best to release all hostages.”