Meadows, speaking to reporters at the White House, said the administration is “doing the best we can to encourage as much social distancing as possible” at the event and that the ceremony will be held outside, weather permitting. (RELATED: Did Amy Coney Barrett Win Over America?) 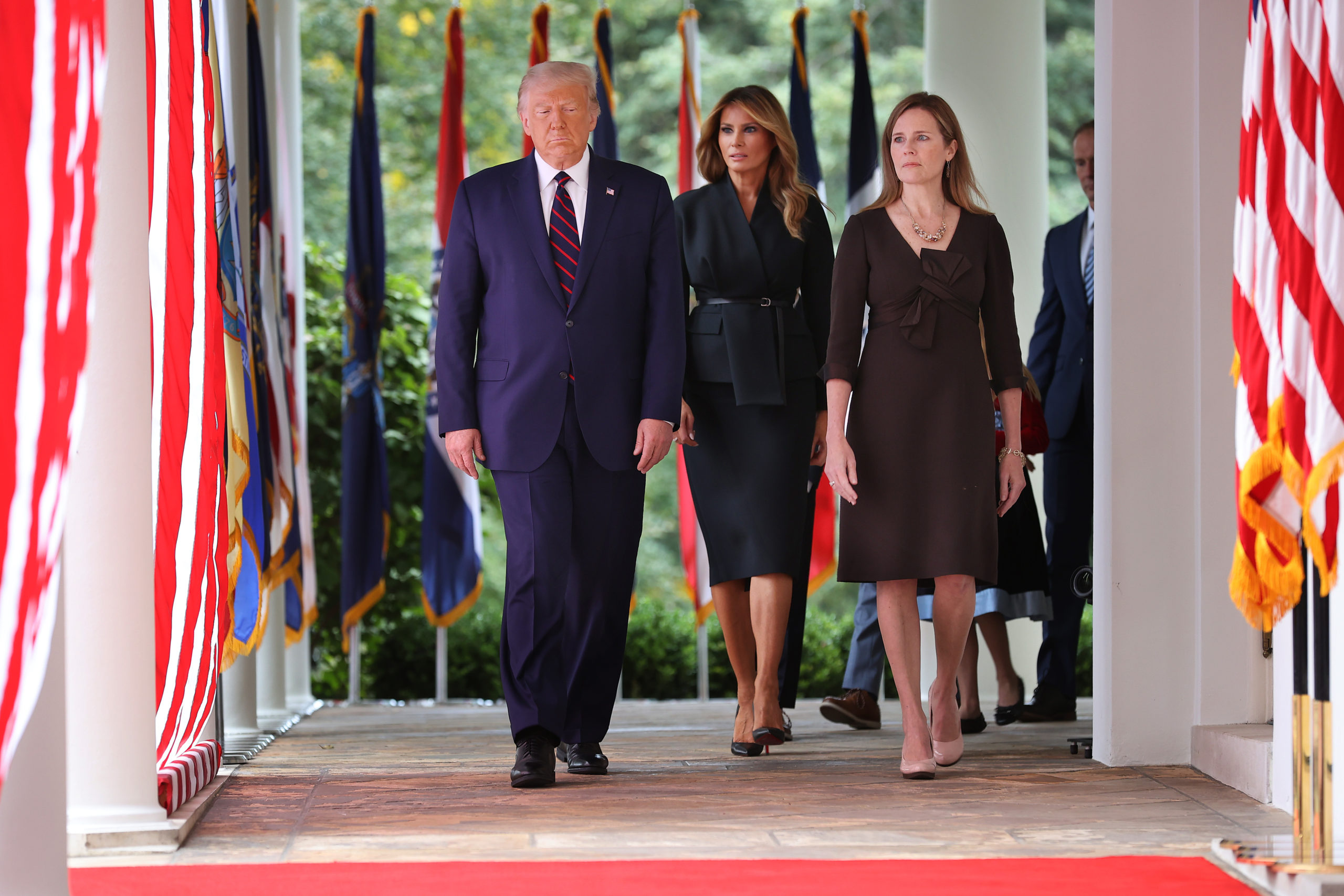 WASHINGTON, DC – SEPTEMBER 26: (L-R) President Donald Trump, first lady Melania Trump and 7th U.S. Circuit Court Judge Amy Coney Barrett, 48, walk into the Rose Garden before Trump announces Barrett as his nominee to the Supreme Court at the White House September 26, 2020 in Washington, DC. With 38 days until the election, Trump tapped Barrett to be his third Supreme Court nominee in just four years and to replace the late Associate Justice Ruth Bader Ginsburg, who will be buried at Arlington National Cemetery on Tuesday. (Photo by Chip Somodevilla/Getty Images)

ABC first reported on the ceremony Sunday evening. The publication noted that a previous event celebrating President Donald Trump’s nomination of Barrett to fill the Supreme Court seat vacated by Justice Ruth Bader Ginsburg’s passing had been connected to a coronavirus outbreak among administration staff.

The Rose Garden event where President Trump revealed his pick of Judge Amy Coney Barrett has often been referred to as a “super spreader“ as several individuals that attended were infected with the coronavirus including the president. Reporting w/ @Santucci https://t.co/t91v4irquU

Meadows pushed back on the idea Monday that the Barrett announcement ceremony was a “super spreader” event.

“The very first event, while there’s a whole lot of connections that have been made with who was at the event, and who came down with it, we’ve been able to look at that and track as many as three different areas where the virus actually infected different people within the White House,” he told reporters Monday. “It didn’t all come from that particular event.”

Meadows added that Vice President Mike Pence’s presence at the Monday ceremony was still “in flux.” Multiple members of Pence’s office, including chief of staff Marc Short, tested positive for coronavirus over the past week.

Vice President Pence cannot come to the Senate because of his exposure to multiple COVID-positive staffers. His purely ceremonial and non-essential presence would just put Senators, staff, and Capitol workers at risk.

The president will spend Monday campaigning throughout Pennsylvania and is currently scheduled to return to the White House just before 8:00 pm EST. White House officials did not respond to Daily Caller’s inquiries by press time on the specific timing for the Barrett ceremony.