Democratic presidential nominee Joe Biden and his running mate Sen. Kamala Harris of California have avoided specifying their stances on abortion, and with only one remaining day until the election, they remain silent.

Though Biden and Harris frequently stress the importance of preserving “reproductive rights” for women in the United States and criticize President Donald Trump’s attempts to defund Planned Parenthood and limit abortion, neither candidate has specified what limits, if any, should be put on abortion.

Their silence continues though many Americans support restrictions on abortion, polls show.

The Daily Caller News Foundation repeatedly asked the Biden campaign to specify where Biden, Harris draws the line on abortion. The Biden campaign did not respond to many requests for comment from the DCNF. (RELATED: ‘Most Pro-Abortion Presidential Ticket In American History’: Pro-Life Groups Condemn Biden VP Kamala Harris)

Both President Donald Trump and Vice President Mike Pence have said that Biden supports abortion up until birth — a claim which Harris appeared to deny at the vice presidential debate.

“Joe Biden and Kamala Harris support taxpayer funding of abortion all the way up to the moment of birth, late term abortion,” Pence said. Though Harris shook her head, she did not directly address the claim.

The DCNF pressed the Biden campaign to address whether the Biden/Harris ticket supported abortion up until birth, but the campaign did not respond to multiple requests for comment.

The Democratic Party also does not specify how far along in a pregnancy abortion should be permitted, as Newsweek reported. 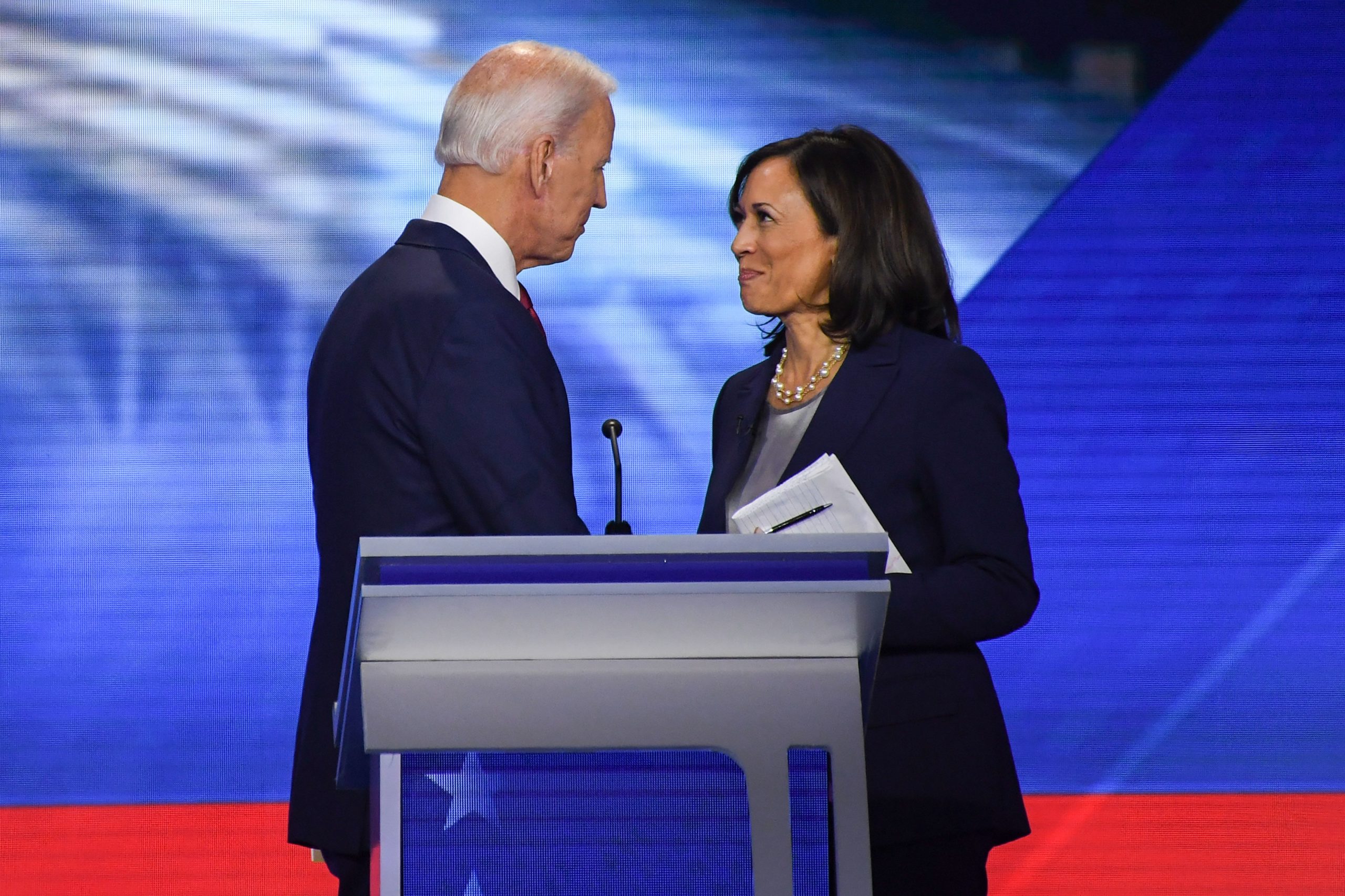 Biden said as recently as 2006: “I do not view abortion as a choice and a right.” (RELATED: Here’s How Joe Biden Has Evolved On Abortion As He Attempts To Become President)

Within 24 hours of reaffirming his support for Hyde, Biden announced on June 6 that he could “no longer support an amendment” that cuts off abortion funding. (RELATED: Here’s Where Kamala Harris Stands On Abortion)

Harris has been a consistent and strong pro-choice advocate for many years. She has a 100% voting record with the National Abortion Right’s Action League’s Congressional Record on Choice for every year that she has served in the Senate, and voted against both the Born Alive Survivors Protection Act and the Pain Capable Unborn Child Act.