Democrats have so far failed to flip any state legislative chambers and have already lost both in New Hampshire as votes from 2020’s election continue being counted.

Heading into Tuesday, Republicans controlled 58 of 98 chambers, not including Nebraska’s unicameral nonpartisan legislature. While that tally is down from the 65 controlled by the GOP headed into 2018 and the 68 before 2016, Democrats had hoped to make even more gains at the state level by running down-ballot against President Donald Trump.

“Democrats had targeted 10 legislative chambers they hoped to flip, and national groups raised at least $88 million to support that cause, compared with more than $60 million for Republicans,” The Wall Street Journal reported. “The results mirror a weak showing for Democrats in U.S. Congressional races.”

Significantly, Republicans in Texas fought off what the Texas Tribune called a “well-financed Democratic effort” to flip the Texas House. For their efforts, the balance will reportedly remain close to the 83-67 GOP majority it was last term. 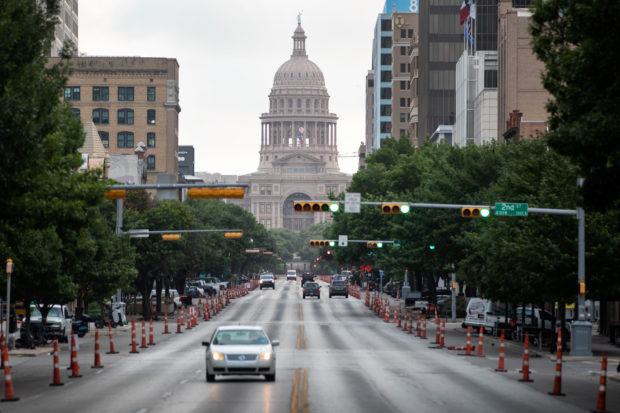 Cook Political Report in October included 14 GOP held legislatures of its 19 “vulnerable chambers” and wrote that Democrats were “well-positioned to net up to a half-dozen new chambers this fall.

“Among the chambers still rated as Toss Ups, the Republicans hold all six: the Arizona Senate, the Iowa House, the Michigan House, the Minnesota Senate, the North Carolina Senate, and the Pennsylvania House,” wrote Cook Political Report, which had also listed New Hampshire’s legislative bodies as “lean Democratic.”

So far, none of those have flipped to Democrats, and while control of Arizona’s state bodies is still up in the air pending a final count, both New Hampshire’s House and Senate are now controlled by Republicans, WSJ reported. The New Hampshire state Senate flipped from 14-10 Democratic to 14-10 GOP, while Republican candidates won dozens of races to gain control of the 400 member state House. (RELATED: Tucker Carlson: If Democrats Had Won The Senate, ‘The Country As We Know It Would Have Ended’)

New Hampshire Republicans ran as a unified ticket that put New Hampshire first, and the result is an incoming Republican Majority in the Executive Council and both chambers at the State House. (1/2)

Control of statehouses not only affects state legislation, but also Congressional redistricting. The National Conference of State Legislatures told The Wall Street Journal that 24 of the 36 states where legislatures draw the district lines are now controlled by Republicans.