Coronavirus lockdowns are taking a toll on some young kids who no longer remember how to eat with utensils, while others have regressed back to diapers, according to a new study from the United Kingdom.

The Office for Standards in Education, Children’s Services and Skills — known also as Ofsted — released five reports showing that schoolchildren have been severely hurt from lockdown restrictions, according to the Associated Press (AP). Ofsted visited education and social care providers 900 times since September, per the same report. (RELATED: The True Cost Of Coronavirus Lockdowns)

Amanda Spielman, the chief inspector, says there are three groups that describe the effects of lockdowns, according to BBC.

The “hardest hit” group of children are children “in their earliest years of education whose parents were unable to work more flexibly and who experienced the double whammy of less time with parents and less time with other children,” Spielman said. 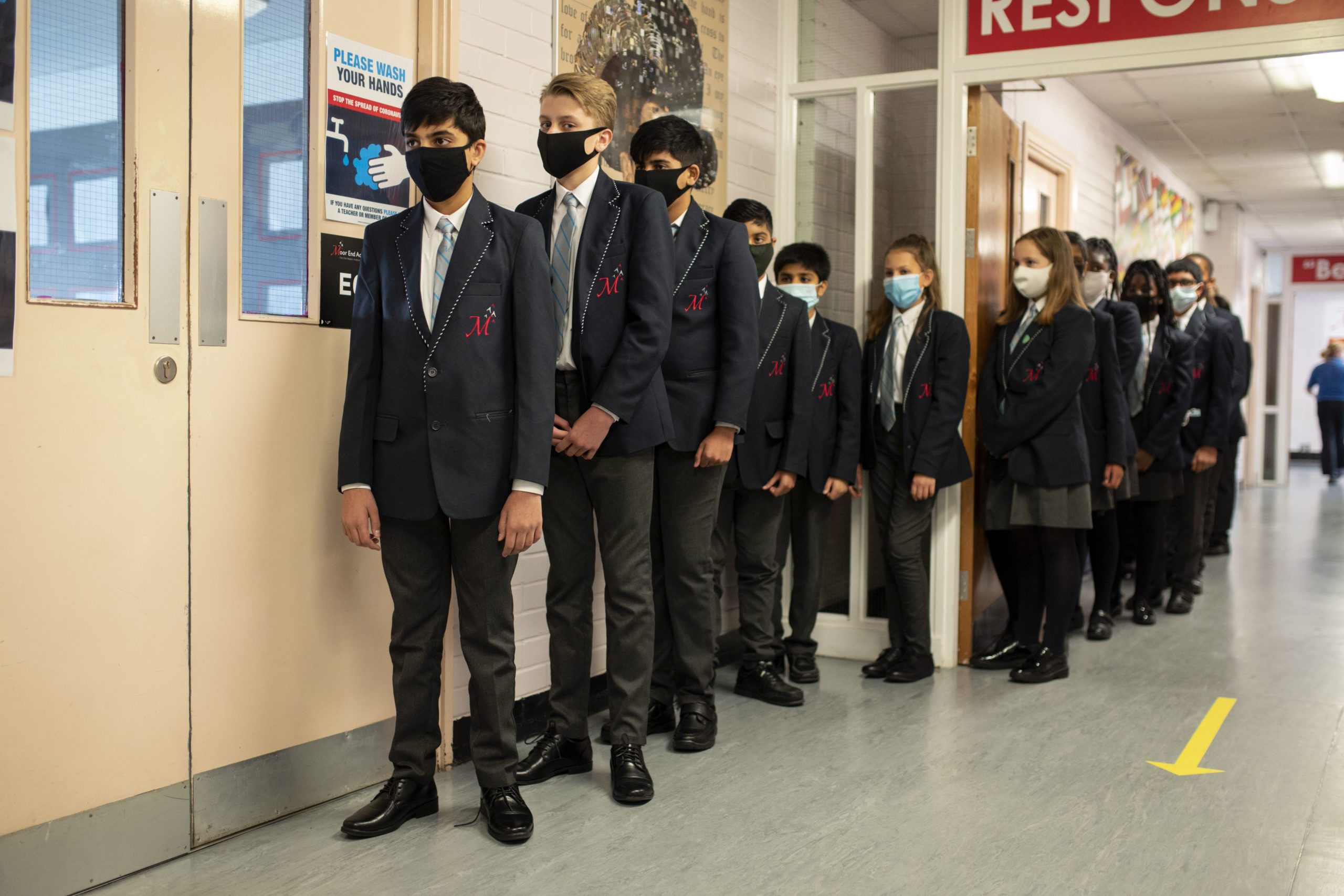 Year eight pupils wear face masks as a precaution against the transmission of the novel coronavirus as they queue in a corridor before attending an English lesson at Moor End Academy in Huddersfield, northern England on September 11, 2020. – Millions of children across England have returned to school after the Covid-19 lockdown with many schools introducing measures to enable as safe an environment as possible. (Photo by OLI SCARFF/AFP via Getty Images)

The report found that some children had regressed from potty training and were back to wearing diapers, while others “had forgotten some basic skills they had mastered, such as eating with a knife and fork- not to mention the loss of early progress in words and numbers.”

Other children lost their stamina and some lost physical fitness. Some children in the study showed signs of mental distress such as an increase in eating disorders and self harm.

Spielman noted that some children have coped well because they have spent more time with parents and caregivers rather than being forced into isolation.

Schools were shut down in March, along with childcare facilities as the coronavirus pandemic began. Since September, schools have reopened and children have begun attending in-person classes. Schools were allowed to remain open during a second wave of lockdowns that began last week, according to the AP.