The Wayne County Board of Canvassers voted in favor of certifying the county’s election results after a a 2-2 deadlock earlier Tuesday evening, numerous sources reported.

The second unanimous vote came after two Republicans voted against certification earlier in the day, but later switched positions. The board also agreed to direct Michigan Secretary of State Jocelyn Benson to conduct an audit of precincts in the county that had discrepancies, according to CBS News reporter Adam Brewster.

BREAKING: The Wayne County Board of Canvassers has just unanimously voted to certify the results of the election & called on Michigan SOS Jocelyn Benson to conduct an audit of the unexplained precincts in Wayne County that did not match.

The vote comes amid a lawsuit that alleges local elections officials oversaw fraud in Detroit, specifically at the TFC Center, according to the Detroit Free Press. The Michigan Court of Appeals rejected the lawsuit and thus the request to delay the certification. 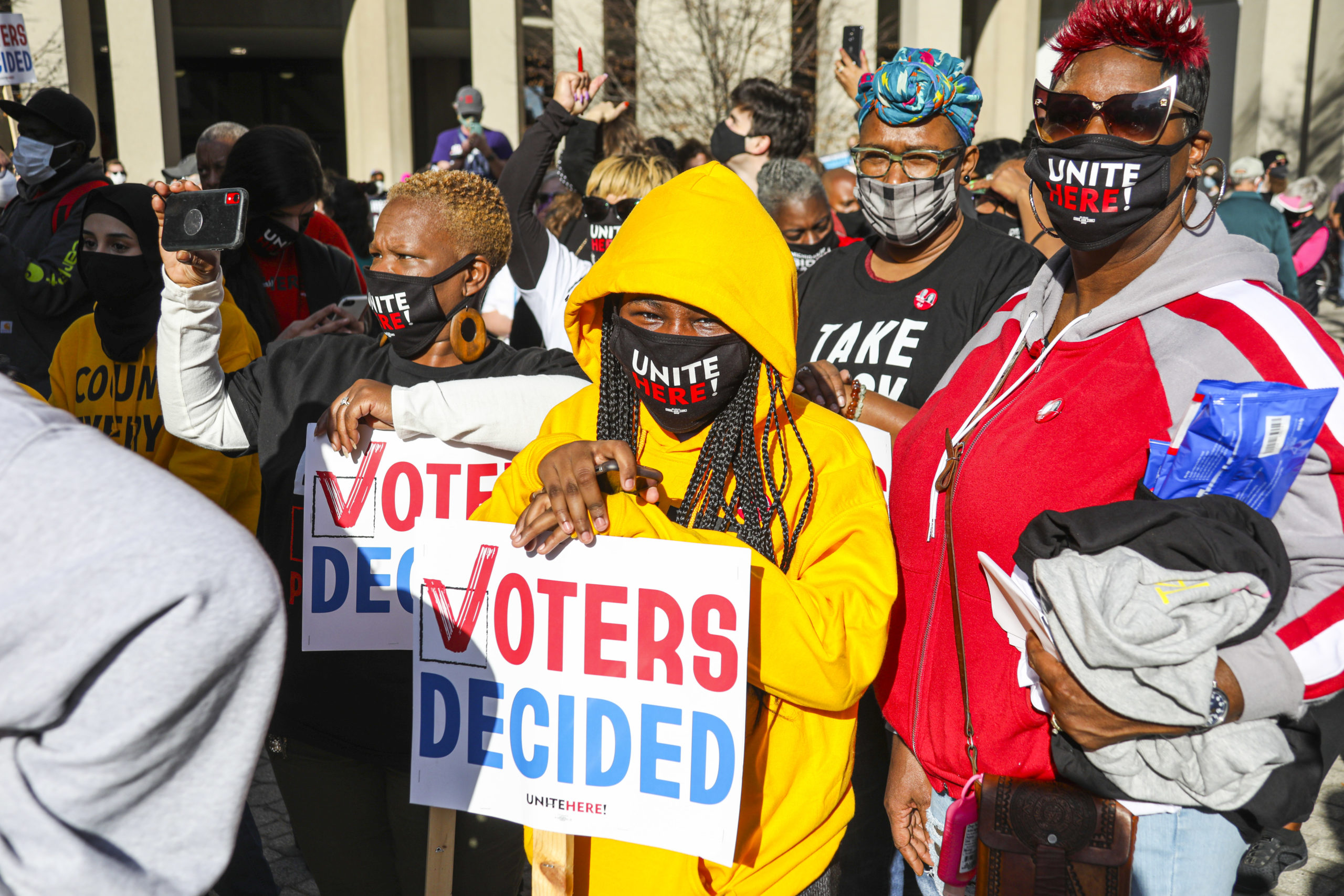 DETROIT, MICHIGAN – NOVEMBER 07: Rallygoers deliver the “Count Every Vote” message in the wake of the presidential election results on November 7, 2020 in Detroit, Michigan. (Photo by Scott Legato/Getty Images for MoveOn)

Absentee ballot poll books at 70% of Detroit’s 134 absentee counting boards were found to have unexplained discrepancies, such as mismatches varying from one to more than four votes, according to the Detroit News.

Monica Palmer, the Republican chair of the committee, reportedly said in regards to the initial vote that they did not have accurate information on the jurisdictions, and that she would consider certifying the election results for some jurisdictions except Detroit and others with unexplained discrepancies, according to the Detroit News.

Democrats decried the first decision made by the board’s two Republicans to not certify the results. Democratic Board Vice Chairman Jonathan Kinloch called the decision “reckless and irresponsible,” and said “politics made its presence known here today,” according to the Detroit News.

It’s plain and simple, folks. The Republican members of the Wayne County Board of Canvassers put politics above their duty to our residents. Suggesting that all of Wayne County can be certified, EXCEPT for Detroit, is horrifying racist and a subversion of our democracy.

Detroit had previous discrepancies at voting precincts in the 2016 election, when election officials couldn’t reconcile vote totals for 59% of precincts, an issue stemming from too many votes, according to the Detroit News.