A painting by Winston Churchill that depicts the British statesman’s favorite whiskey was sold for $1.3 million, among the highest prices the amateur artist’s works have ever fetched, numerous sources reported.

The oil painting, called “Jug with Bottles” was made in the 1930s and shows a bottle of Johnny Walker’s Black label whiskey, Churchill’s favorite brand, with a jug and glasses. The sale, which occurred at a Sotheby’s online auction, was around five times more than it was anticipated to sell for, Agence France-Presses reported Tuesday.

#AuctionUpdate Last Orders????This still-life of a bottle of whisky, painted by Sir Winston Churchill in the 1930s, meets stiff competition, selling for £983,000 – the fourth highest price for his paintings at auction.#SothebysModBrit pic.twitter.com/8yVT5bkK0c

Churchill enjoyed painting as much as he enjoyed drinking, and was known to start his morning with whiskey and soda, according to Sotheby’s. During World War II, the beverage became an essential part of his day, although grain shortages during the war caused Scotland’s distilleries to close. The painting was created at his country home in Kent, southeast England. (RELATED: Celebrate National Winston Churchill Day With His Most Awe-Inspiring Quotes [SLIDESHOW])

He gave the painting to Averell Harriman, a special envoy to Europe during the Roosevelt administration in the 1940s who was appointed ambassador to the Soviet Union.

It was significant that Churchill gave it to Harriman, because he would give paintings to “like-minded people,” according to Simon Hucker, who is the co-head of modern and post-war British art at Sotheby’s, AFP reported. 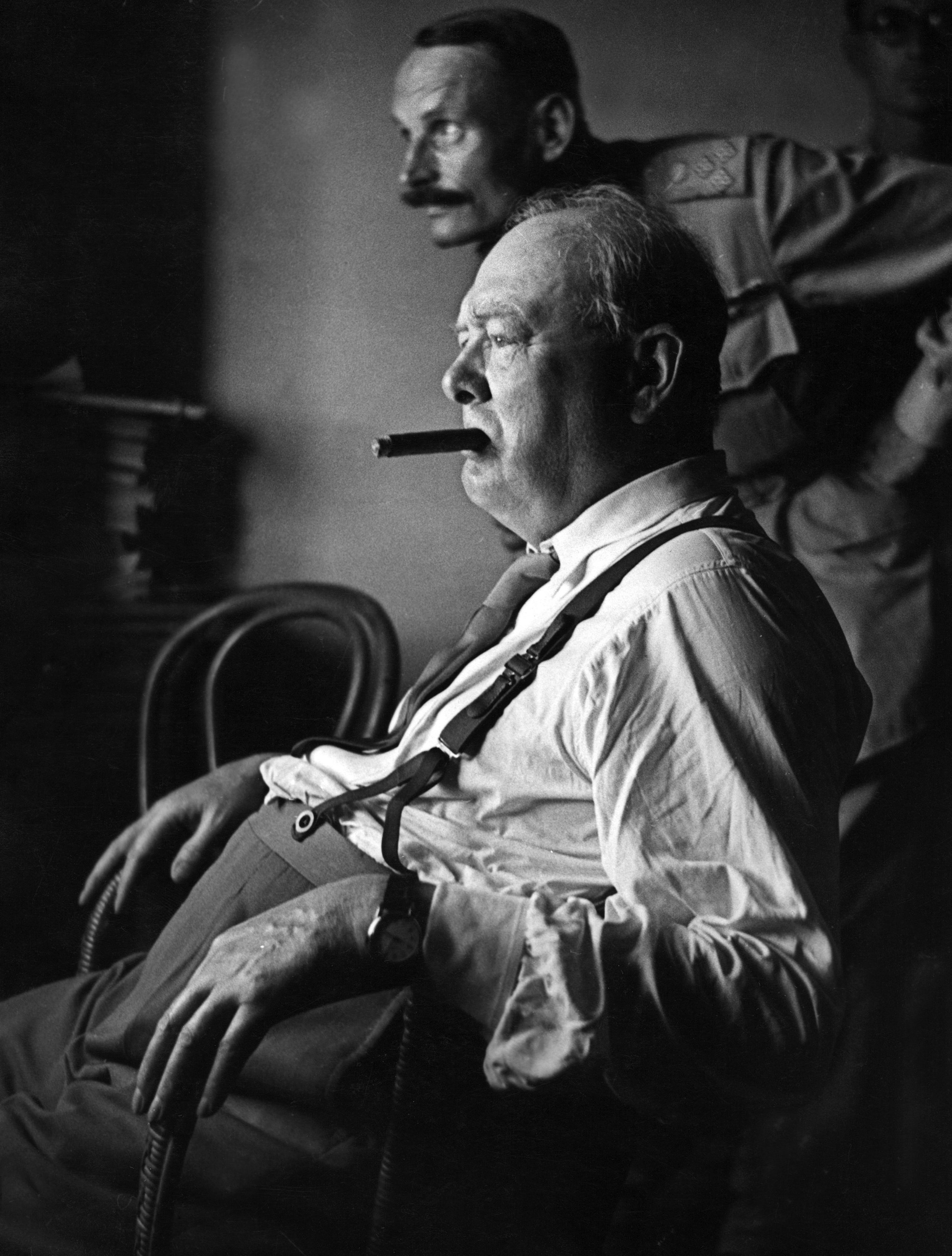 British Prime Minister Sir Winston Churchill, stripped to shirt sleeves and smoking a cigar, watches an assault against enemy positions north of Florence, Italy, from the observation post of a battery of the 66 Lowland Medium Regiment, Royal Artillery, on 20 August 1944. (CPT TANNER – No 2 Army Film and /AFP via Getty Images)

Pamela Churchill, Winston Churchill’s son’s wife, later married Harriman in the 1970s and the painting was sold after her death in 1997.

The painting went back on sale after the deaths of the American collectors who owned the painting, Barbara and Ira Lipman.

Churchill took up painting as a hobby after being demoted from his leadership role in the military following a World War I attack he ordered that went poorly. He resigned and become an officer, and used art to alleviate his defeat.

“Painting came to my rescue in a most trying time,” Churchill wrote in the 1920s in a book called “Painting as a Pastime.”

In total, he created more than 550 paintings, and was mostly self-taught but was inspired by artists like Claude Monet, Henri Matisse, and Paul Cezanne.