Some art experts believe a chalk depiction of Jesus Christ that appeared to have been hidden for centuries was created by Renaissance polymath Leonardo da Vinci, the Telegraph reported.

Annalisa Di Maria is an Italian historian who has studied the work and believes the sketch was created by da Vinci, noting features of the sketch that match the 15th century artist’s modus operandi, according to the Telegraph.

“It is a remarkably beautiful and refined work and I’m absolutely convinced it is a sketch by Leonardo,” Di Maria told the Telegraph. She specifically pointed to Christ’s posture in the sketch, which is drawn from a “three-quarters perspective” typical of da Vinci.

Di Maria told the outlet that tests have determined the material on which the sketch was drawn dates back to the 16th century.

“It has that dynamism and sense of movement that is typical of Leonardo,” she told the Telegraph. “The rendering of the beard is practically identical to Leonardo’s self-portraits, as are the eyes. And the painting is in red chalk, which the artist used a lot, including in the sketches for The Last Supper.”

The sketch was previously owned by private collectors and kept at a bank in Italy’s Lombardy region and is in the hands of a pair of collectors who acquired it, the Telegraph reported. Once the pandemic subsides, a study of the sketch will reportedly be presented at a press conference in Florence — not far from da Vinci’s hometown, which is also located in Tuscany.

Martin Kemp, emeritus professor in the history of art at Oxford University, told the Telegraph he is waiting to see the results of further scientific analysis of the sketch before he can be convinced of its authenticity.

“I wouldn’t dismiss it out of hand but I simply can’t tell without seeing the drawing and the scientific evidence,” he told the Telegraph, explaining how claims about the world-renowned artist are made with such frequency that they warrant skepticism. “I would need to see if it is drawn left-handed. Leonardo drew everything with his left hand.”

It is also possible the sketch was created by a follower of da Vinci, and experts would need to determine what specific date the paper traces back to. (RELATED: Winston Churchill Painting Showing The British Leader’s Favorite Alcoholic Morning Beverage Sells For $1.3 Million)

Kemp also reportedly noted the red chalk used for the sketch as “one of [da Vinci’s] favourite media.”

“I’m not dismissing it but it has got a long way to go. It would be dangerous to write it off but even more dangerous to accept it at this point.” 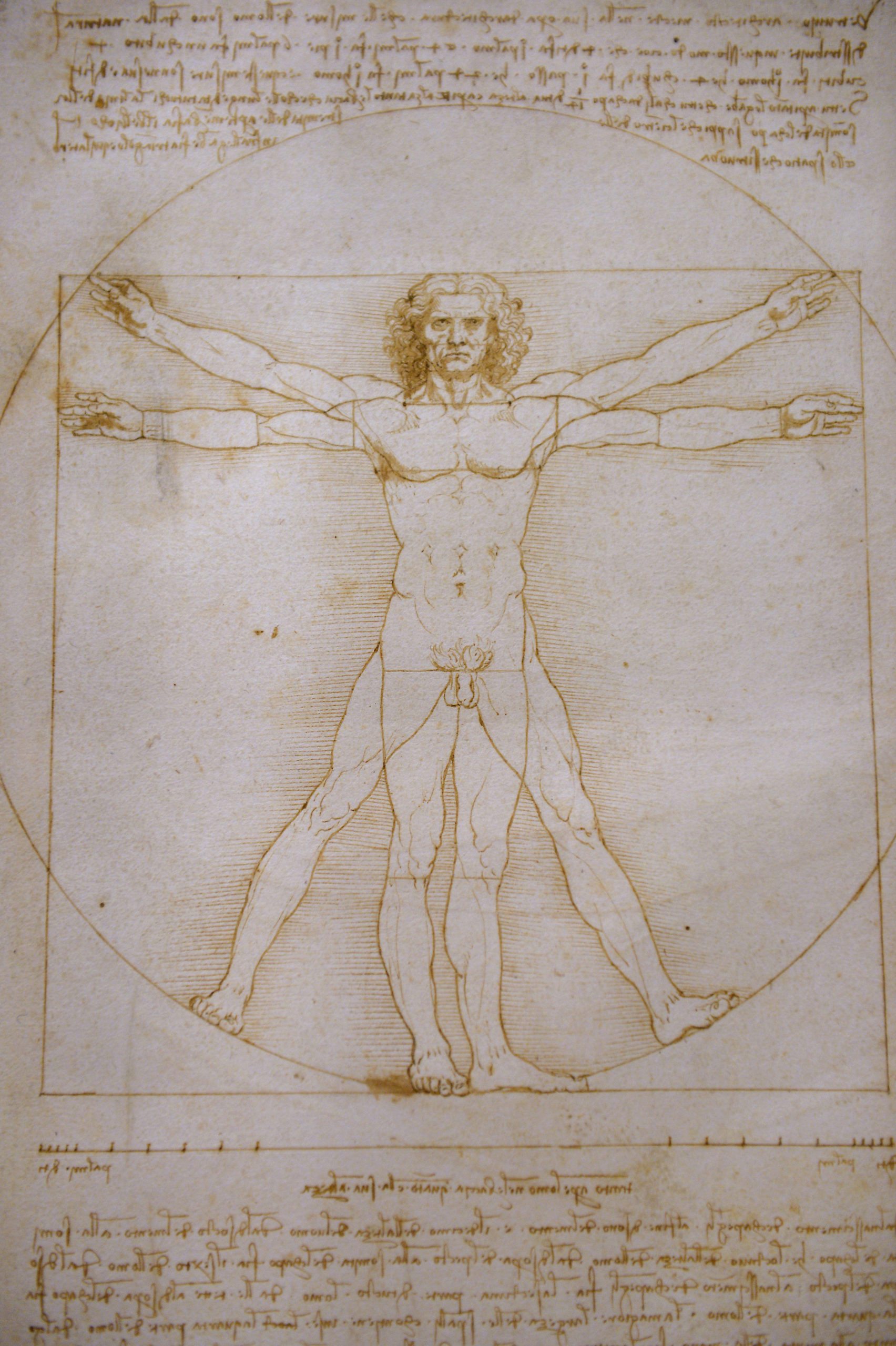 A picture shows the “Vitruvian Man” a drawing by Leonardo da Vinci, on Aug. 2ç, 2013 in Venice.( GABRIEL BOUYS/AFP via Getty Images)

Best known for the masterpieces “The Last Supper”and “Mona Lisa,” da Vinci was a prolific sketcher, and would sketch human anatomy, landscapes and inventions. Among the most commonly known of these sketches is the “Vitruviun Man.” 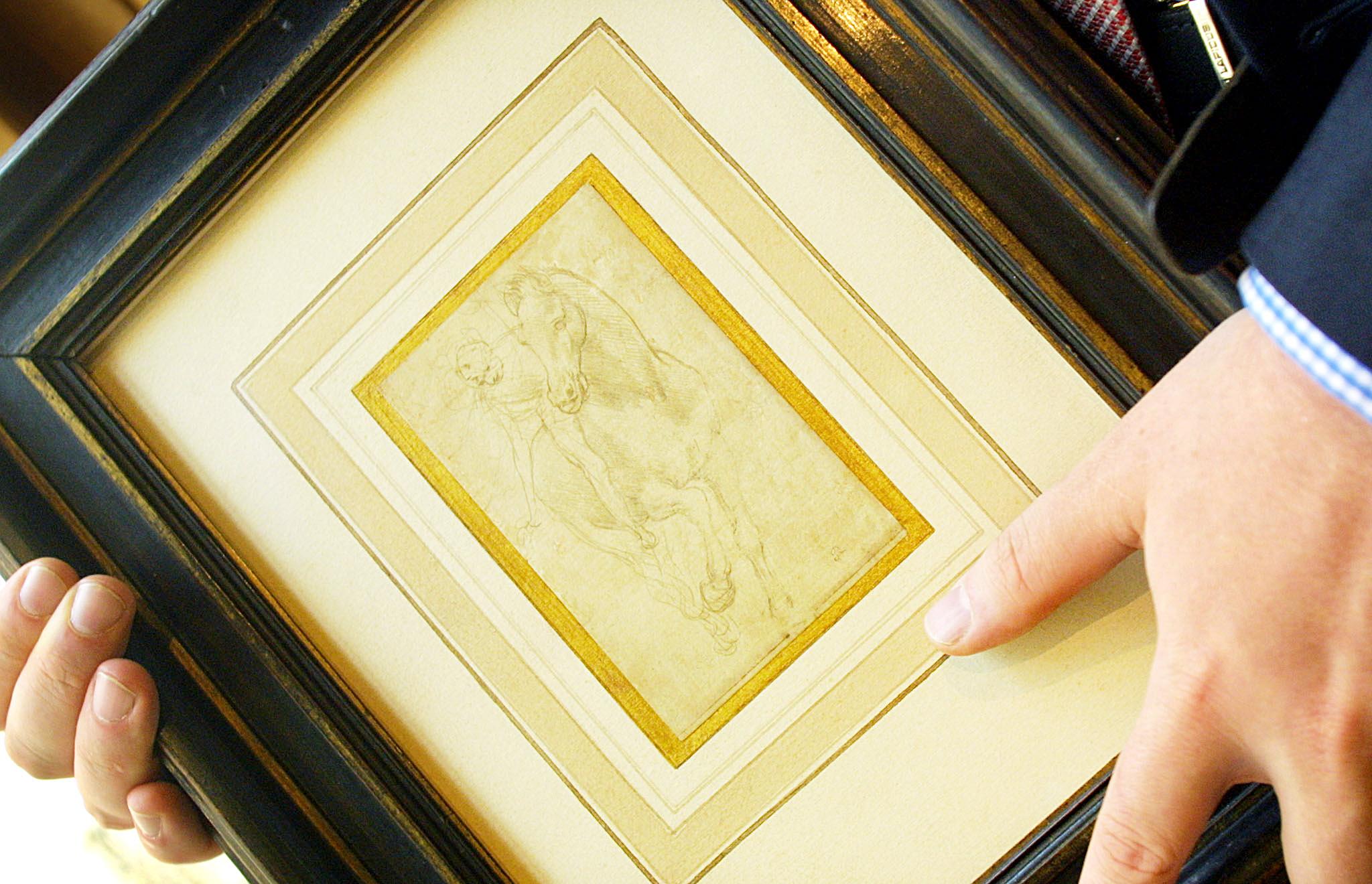 LONDON, UNITED KINGDOM: A Leonardo Da Vinci drawing of Horse and Rider at Christie’s Auction House in London 05 July 2001. The drawing is expected to fetch in excess of 4.9 million US dollars in the sale on 10 July.( ADRIAN DENNIS/AFP via Getty Images)

Da Vinci’s “Salvator Mundi” became the world’s most expensive artwork ever at auction in November 2017, when it fetched $450 million.