Two churches in Washington state were damaged by fire Sunday morning, and investigators suspect arson in one of the cases, numerous sources reported.

Police in Brewster are investigating a fire at New Testament Baptist Church, where firefighters were called at around 2:30 a.m. Sunday and discovered “quite a bit of fire to deal with,” according to the Blue Mountain Eagle.

The sanctuary of the church was heavily damaged, and the rest of the building sustained smoke and water damage. But around the time that firefighters had controlled the situation at the Baptist church, another call reportedly came in about a fire a few blocks away at Sacred Heart Catholic Church at 7 a.m. 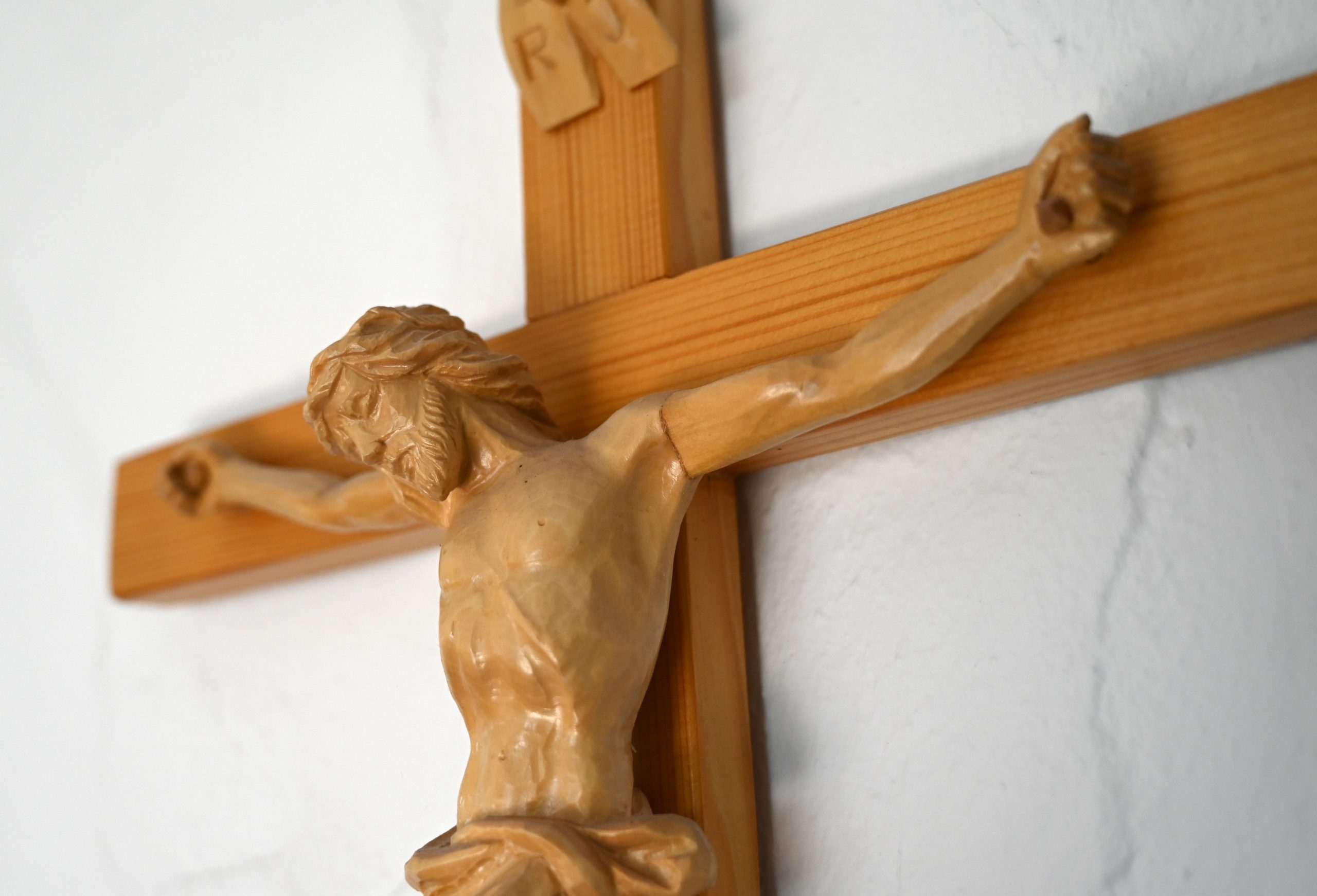 A crucifix is seen in a flat in Bayreuth, southern Germany, on April 2, 2020. (Photo by Christof STACHE / AFP) (Photo by CHRISTOF STACHE/AFP via Getty Images)

Father Pedro Bautista, the pastor at Sacred Heart, said there was evidence that the fire was intentional, such as a broken window and a type of ignition device, according to the Spokesman Review. Investigators also have determined the fire at the Catholic Church to have been intentional.

The fire did not cause significant damage, to the surprise of authorities on the scene, according to Catholic News Agency. A chair, some carpet and a window were damaged, but Bautista said it was “divine intervention” that the fire did not spread further.

Bautista told CNA that the majority Hispanic parishioners at the church were frightened by the incident, and he didn’t want rumors to spread throughout the community as an investigation into potential suspects was still ongoing.

In late October, a man was reportedly arrested after allegedly severely vandalizing Saint Martin of Tours Church in Louisville, Kentucky.

The vandalism in San Antonio occurred a night before Republican Indiana Rep. Jim Banks called on the Department of Justice to investigate “increases in Catholic hate crimes and vandalism” in the United States. Incidents have included vandalism, arson, and attempted murder. (RELATED: US Catholics Targeted In Several Separate Incidents Ranging From Vandalism To Attempted Murder)