President Donald Trump announced Wednesday that he would issue a full pardon for Gen. Michael Flynn, who pleaded guilty in December 2017 to making false statements to the FBI regarding phone conversations he had with Russian ambassador Sergei Kislyak. Flynn’s pardon has raised the question of whether Trump will pardon more high-profile people before his tenure as president ends.

Several individuals have been suggested as candidates for a presidential pardon under Trump. From Edward Snowden to Paul Manafort to celebrity Joe Exotic, these are the people who may get pardoned by the president.

The project had raised almost $25 million from donations under the false assumption that 100% of donations would be used for construction of a southern border wall, according to the Justice Department. 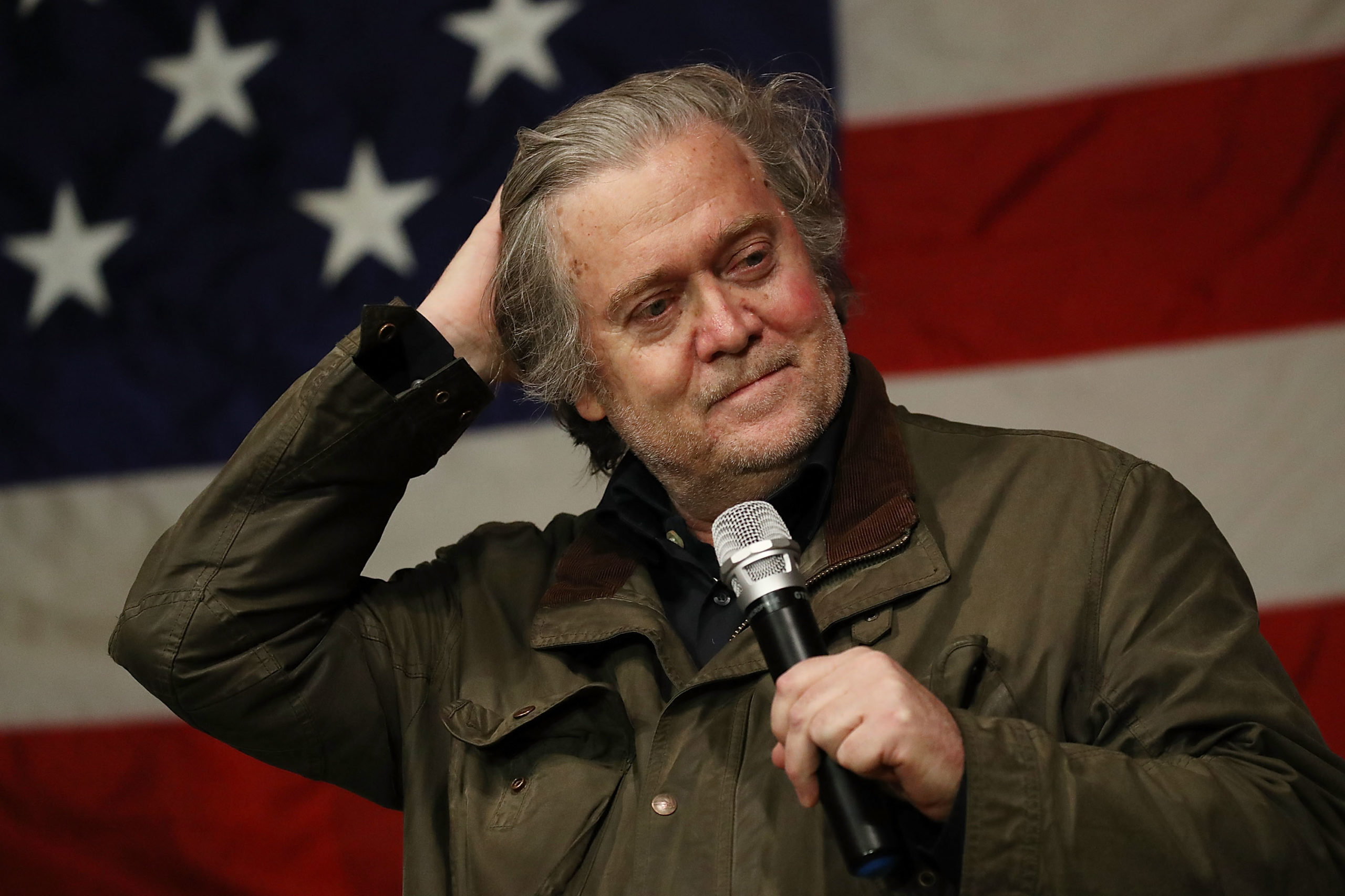 “While repeatedly assuring donors that Brian Kolfage, the founder and public face of We Build the Wall, would not be paid a cent, the defendants secretly schemed to pass hundreds of thousands of dollars to Kolfage, which he used to fund his lavish lifestyle,” Acting U.S. Attorney Audrey Strauss said in a statement. (RELATED: Bannon Arrested On Chinese Billionaire’s $28 Million Mega Yacht)

Kolfage took about $350,000 in donations to the project for himself, despite promising that he would never “take a penny” from the funds, and Bannon reportedly took almost $1 million, the Department of Justice stated.

“I don’t like that project. I thought it was being done for showboating reasons,” Trump said of the project after Bannon was indicted. “It was something I very much thought was inappropriate to be doing.”

Trump also said he felt “very badly” for Bannon. Trump fired Bannon in Aug. 2017 and has since tried to distance himself from his former adviser, but there have been no major public disagreements between the two, according to Politico.

Former Trump campaign chairman Paul Manafort is currently serving a seven-year prison sentence after he was convicted of fraud and money-laundering in 2018.

Manafort resigned as chairman of the Trump campaign in August 2016 following a flurry of news stories about his consulting work in Ukraine. He was indicted as part of the special counsel’s probe and pleaded guilty to separate charges related to working as an unregistered foreign agent of Ukraine.

Interviews between Manafort and investigators with the Mueller probe in 2018 show that Manafort was hopeful for a pardon from Trump but that he did not expect to receive one. The notes from the interviews stated he was “hopeful” for a pardon during the course of the special counsel’s probe, “but did not discuss one directly with Trump.”

“He noticed Trump’s public comments about pardons. Manafort never received any sort of assurance from Trump about a pardon. They did not discuss how best for Manafort to situate himself,” the notes added.

“Manafort does not believe Trump will pardon him,” the summary of the notes concluded.

“I wouldn’t take it off the table,” Trump said about a potential pardon for Manafort in November 2018.

Other members of Trump’s campaign who were indicted as part of the Mueller probe, including campaign advisers George Papadopoulos and Roger Stone, could also be up for a pardon from Trump. Stone’s sentence was commuted by Trump in July, but he could still issue a full pardon.

“Of course I would be honored to be pardoned,” Papadopoulos said in an interview, according to the New York Times.

Democratic Hawaii Rep. Tulsi Gabbard suggested Thursday that Trump should pardon those who “at great personal sacrifice, exposed the deception and criminality of those in the deep state,” including Edward Snowden.

.@realDonaldTrump Since you’re giving pardons to people, please consider pardoning those who, at great personal sacrifice, exposed the deception and criminality of those in the deep state. https://t.co/aeXklUsNSd

Snowden is facing espionage charges if he returns to the U.S. He previously worked as a contractor for the National Security Agency (NSA) until he leaked domestic and international U.S. surveillance operations executed by the agency in 2013. He was ultimately granted asylum in Russia and still remains there today. (RELATED: ‘War On Whistleblowers’: Edward Snowden Says That Journalism Is Slowly Being Criminalized) 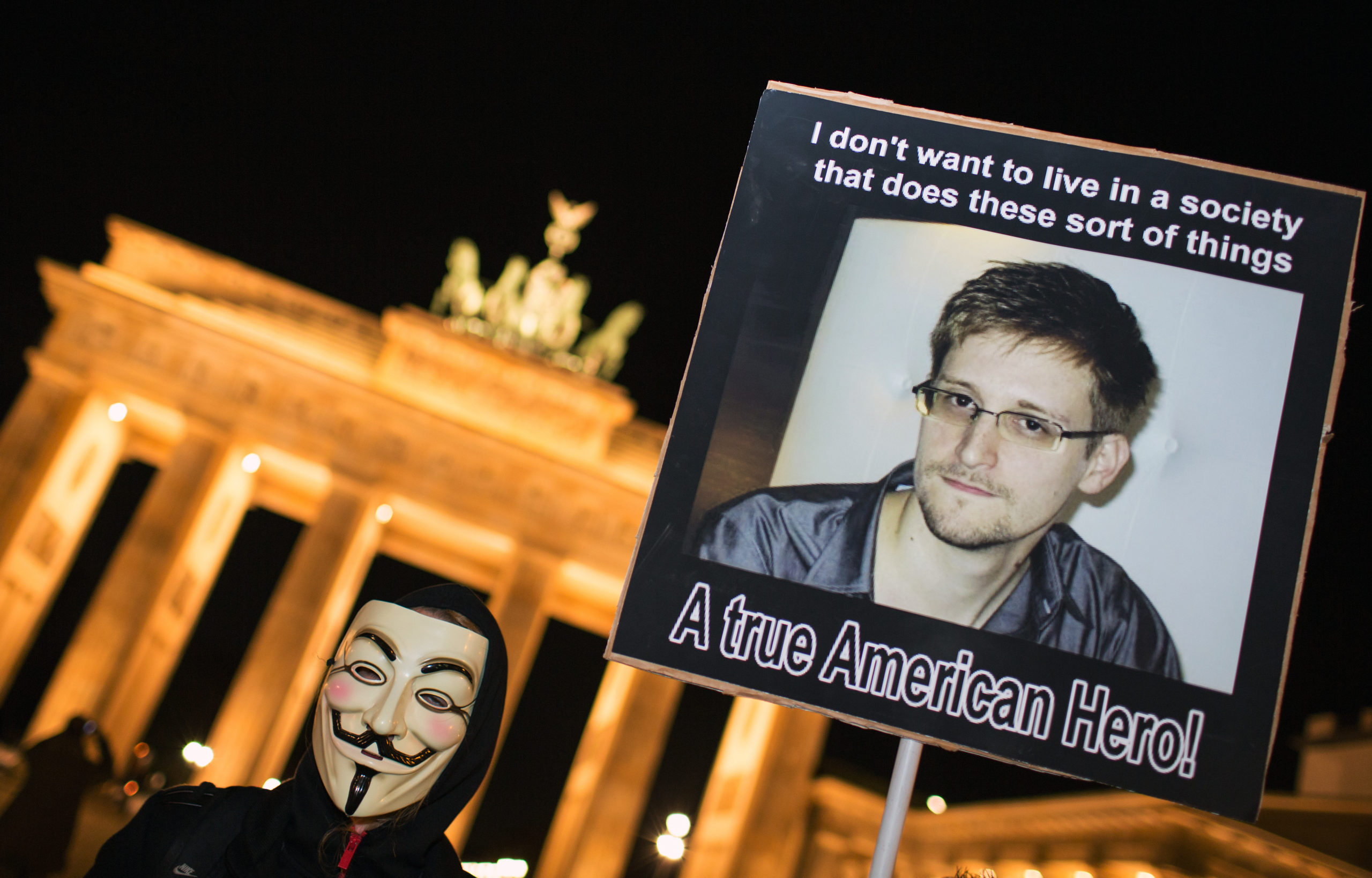 A supporter of the Anonymous group wearing a Guy Fawkes mask holds up a placard featuring a photo of US intelligence leaker Edward Snowden and reads “A true American Hero!” during a rally in front of Berlin’s landmark Brandenburg Gate on Nov. 5, 2013. (Photo credit should read FLORIAN SCHUH/DPA/AFP via Getty Images)

“Brave whistleblowers exposing lies & illegal actions in our government must be protected,” Gabbard said in a tweet dated Oct. 6. “Join me and urge Congress: Pass my bipartisan legislation (HRes1162, HRes1175, HR8452) calling for charges against @snowden & Assange to be dropped & to reform the Espionage Act.”

The U.S. Ninth Circuit Court of Appeals ruled in September that the mass surveillance of Americans by the NSA that Snowden exposed was unlawful and perhaps unconstitutional. The ruling found that the surveillance violated the Foreign Intelligence Surveillance Act (FISA) and exceeded the scope of Congress’ power.

“We conclude that the government may have violated the Fourth Amendment and did violate the Foreign Intelligence Surveillance Act when it collected the telephony metadata of millions of Americans,” the ruling read.

One of Assange’s lawyers claimed in February that Trump had offered him a full pardon in exchange for Assange saying that Russia had nothing to do with the DNC email hack in 2016.

Joe Exotic, the star of the hit Netflix show “Tiger King,” has reportedly petitioned Trump for a presidential pardon.

Joe Maldonado-Passage, Exotic’s real name, was the owner of a zoo in Oklahoma that specialized in big cats and is currently serving a 22-year sentence for trying to hire someone to murder Carole Baskin, who owned a competing zoo.

Exotic’s husband, Dillon Passage, told “Good Morning Britain” in an interview in August that Exotic’s legal team were formally requesting a pardon from the president.

“Joe’s legal team are sending out the requests for it next week or the week after,” Passage said. “They are driving a car all the way to D.C. to deliver it in person.”

Exotic himself reportedly wrote a 257-page application in September to Trump asking for a pardon.

“Please be my hero…My hands are damaged from the abuse in jail so I’m sorry for the soppy (sic) writing and spelling,” Exotic wrote. “Allow me to make you proud, to make America proud, to make the world proud.”

Trump said “I will take a look” when asked about the possible pardon during a press conference in April.