Supreme Court Justice Amy Coney Barrett could deliver a decisive vote in a case regarding gun ownership for non-violent felons if the case makes its way to the high court for review.

The Third Circuit Court of Appeals upheld a longstanding precedent on Nov. 24 that convicted felons are not permitted to possess firearms after Lisa M. Folajtar asked the court to decide whether Congress can prohibit individuals like herself who are convicted of tax fraud from legally owning a gun.

The appeals court ruled that they could find “no reason to deviate from this long standing prohibition in the context of tax fraud” and rejected her claim.

Folajtar pled guilty in 2011 to making false statements on her tax returns, according to the court’s ruling. While the crime carries a prison sentence of up to three years,  she was instead sentenced to three-years’ probation, among other sentences. However, current law says that people convicted of a crime punishable by more than one year in prison are prohibited from owning a gun.

Folajtar sued in 2018, arguing that the law violated her Second Amendment right to carry a firearm. The court dismissed her claim, sending Folajtar to appeal to the Third Circuit. However, the divided court ruled that since the felony is a serious crime, she is not protected.

Lawyers for Attorney General William P. Barr told the appeals court that the right to bear arms can be forfeited if the individual has committed a crime.

“The right to keep and bear arms is analogous to other civic rights that have historically been subject to forfeiture by individuals convicted of crimes, including the right to vote, the right to serve on a jury and the right to hold public office.”

Judge Stephanos Bibas, who was appointed by President Donald Trump, dissented, calling existing laws a “blanket ban” and contradicts the Founders intent. Bibas points to that there is no historic evidence that shows that during the Founding of the nation felons were disarmed as punishment.

“Felons are more than the wrongs they have done,” Bibas dissented. “They are people and citizens who are part of ‘We the People of the United States.’ So they too share in the Second Amendment ‘right of the people to keep and bear Arms,’ subject only to the historical limits on that right,” noting Folajtar is not dangerous and poses no threat to anyone.

Should Folajtar appeal to the Supreme Court, Justice Barrett could very well decide the case.

The 7th Circuit Court of Appeals ruled in Kanter v. Barr in which the court upheld that Rickey I. Kanter was prohibited from owning a firearm because he committed mail fraud. However, Justice Barrett dissented, arguing that history does not support revoking Second Amendment rights to felons convicted of a non-violent crime.

“History is consistent with common sense: it demonstrates that legislatures have the power to prohibit dangerous people from possessing guns,” Barrett wrote in her 2019 dissent. “But that power extends only to people who are dangerous.  Founding-era legislatures did not strip felons of the right to bear arms simply because of their status as felons.” 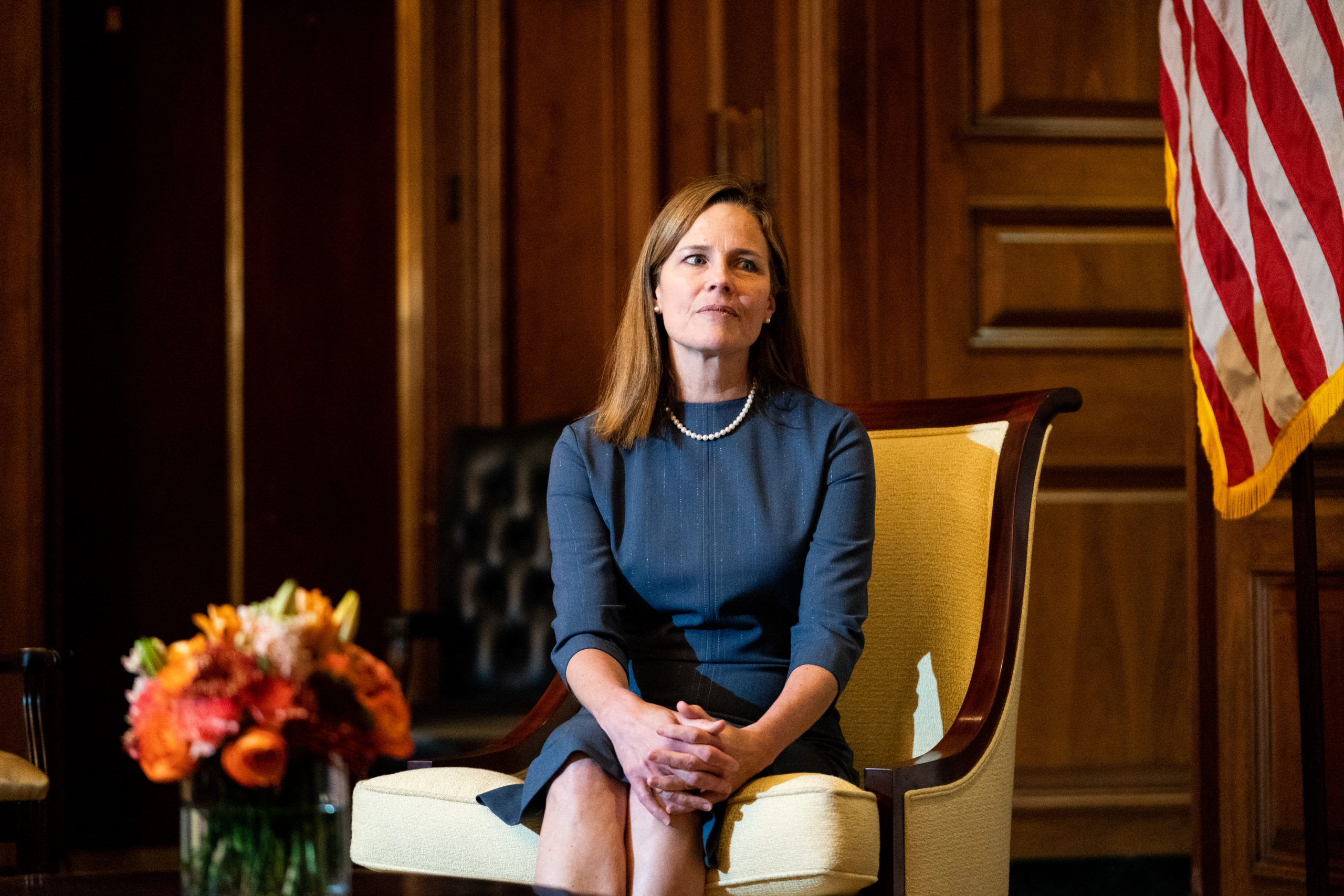 Barrett argued that Wisconsin, nor the U.S., has provided any evidence that the ban serves the governments’ “undeniably compelling interest in protecting the public from gun violence.” (RELATED: How Amy Coney Barrett’s Nomination May Affect The Future Of The Second Amendment)

“Neither Wisconsin nor the United States has introduced data sufficient to show that disarming all nonviolent felons substantially advances its interest in keeping the public safe. Nor have they otherwise demonstrated that Kanter himself shows a proclivity for violence,” Barrett dissented.

The Supreme Court has not ruled on a major gun rights case since 2008 and 2010, when they ruled that  law-abiding citizens can keep guns in their home for self defense.

In District of Columbia v. Heller, Justice Antonin Scalia noted that “nothing in our opinion should be taken to cast doubt on longstanding prohibition on the possession of firearms by felons,” which could present a challenge for Folajtar.

However, prior to Barrett’s appointment to the high court, the conservative justices pushed for a Second Amendment case, with Justice Clarence Thomas arguing that the Second Amendment was being treated as a “disfavored right.”

“The Framers made a clear choice: They reserved to all Americans the right to bear arms for self-defense. I do not think we should stand by idly while a State denies its citizen that right, particularly when their very lives may depend on it,” Thomas said in a 2017 dissent.