The National Labor Relations Board accused Google of violating labor laws by spying on and coercing employees who attempted unionization, according to complaint filings.

Google and its parent company Alphabet allegedly spied on and fired employees in retaliation for trying to organize into a labor union, according to the National Labor Relations Board (NLRB) charges filed Tuesday, CNBC reported. The tech giant also allegedly prevented employees from sharing work grievances with each other via internal communications tools.

“[Google was] interfering with, restraining, and coercing employees in the exercise of their rights guaranteed in Section 7 of the Act,” the NLRB filings said, according to CNBC. (RELATED: Apple Developing Search Engine As Google Comes Under Antitrust Scrutiny: Report)

The Tuesday filing comes nearly one year after the NLRB initiated a probe into Google’s labor practices. The investigation was triggered by a federal complaint filed by four Google employees who had been fired, CNBC reported. 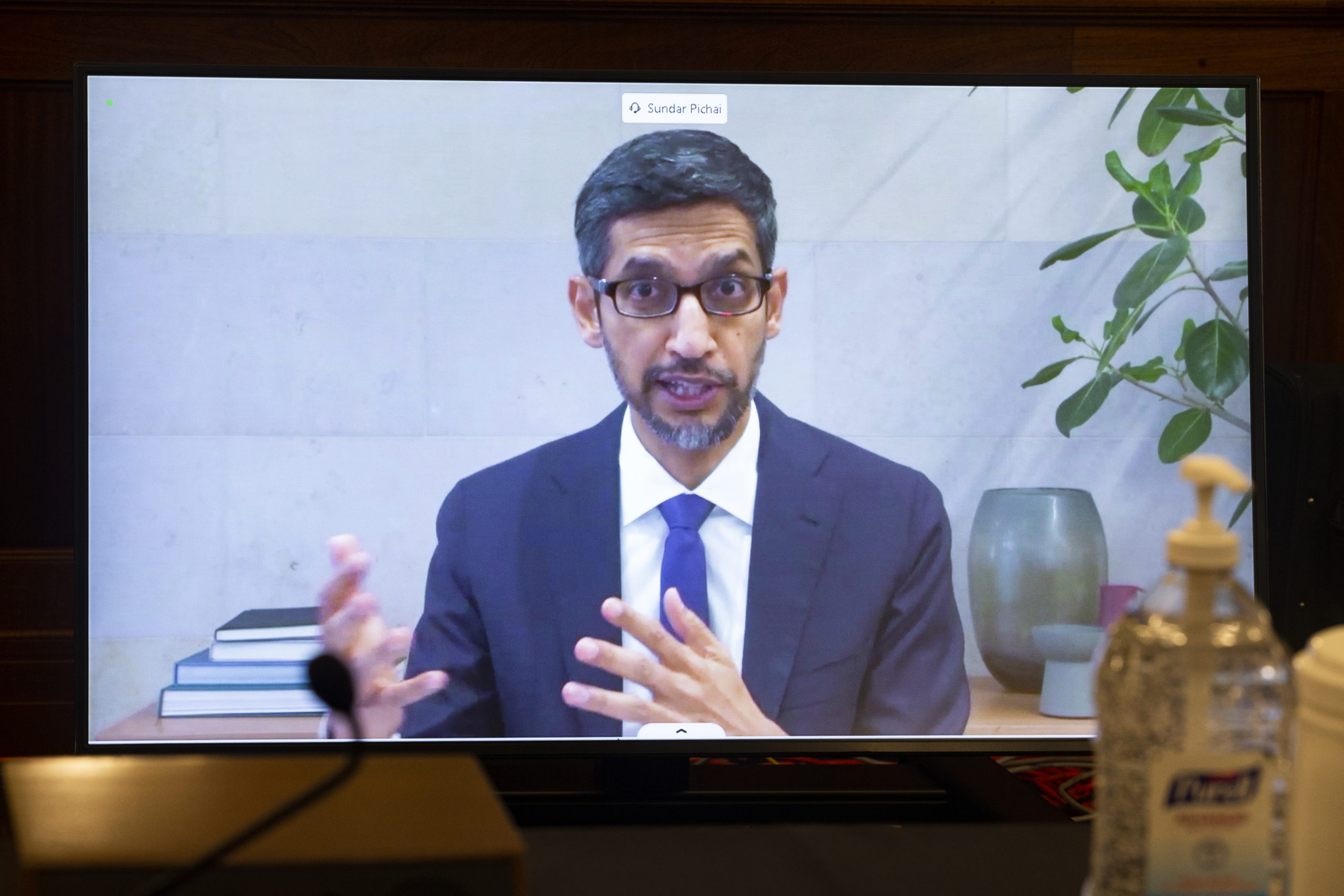 CEO of Alphabet Inc. and its subsidiary Google, Sundar Pichai, appears on a monitor as he testifies remotely during a Senate hearing Oct. 28. (Michael Reynolds-Pool/Getty Images)

In November 2019, Google questioned, then fired the four employees who had been involved in employee activism for sharing confidential documents and breaching security, according to The New York Times. Two of the employees, Rebecca Rivers and Laurence Berland filed a complaint with the NLRB shortly after they were terminated, CNBC reported.

“Google is too big, too powerful, and its anti-worker actions will end when we are in the White House,” progressive Vermont Sen. Bernie Sanders tweeted in 2019 after Google fired the four employees. “We are going to break up Google and stand up for workers against powerful tech monopolies.”

The company then fired security engineer Kathryn Spiers after she created a notification warning Google employees who visited IRI Consultants’ website that the firm specialized in anti-union work, according to CNBC. Spiers filed a NLRB complaint against Google after she was fired. (RELATED: REPORT: Justice Department To File Antitrust Lawsuit Tuesday Against Google)

Both the Berland and Spiers cases were consolidated into one complaint on Tuesday, according to CNBC.

“We strongly support the rights our employees have in the workplace, and open discussion and respectful debate have always been part of Google’s culture,” a Google spokesperson told The Daily Caller News Foundation in a statement.

“We’re proud of that culture and are committed to defending it against attempts by individuals to deliberately undermine it — including by violating security policies and internal systems. The NLRB determined today that Google was justified in terminating three employees who violated our data security policies,” the spokesperson continued.

The spokesperson added that the company will continue to cooperate with the NLRB, but that it is prepared to defend itself legally.

Google is expected to formally respond to the charges by Dec. 16, according to CNBC. A hearing will take place on April 12, 2021 in San Francisco, California.