President Donald Trump signed an executive order Thursday ordering all federal aid be labeled so that recipients know American taxpayers are the ones responsible for funding.

“To further this awareness and to ensure United States foreign assistance supports the foreign policy objectives of the United States and maintains American influence and leadership, such assistance must appropriately and conspicuously be identified as American aid,” the statement continued. (RELATED: REPORT: Trump Considers Linking Foreign Aid To Religious Freedom)

Trump directed 22 federal agencies that distribute federal aid to use the same logo. The United States Agency for International Development to the Department of Agriculture use different logos on foreign aid items that include medical supplies, food, tents and other items, according to the Associated Press (AP). The mismatched labels have reportedly caused some confusion for recipients in other countries. 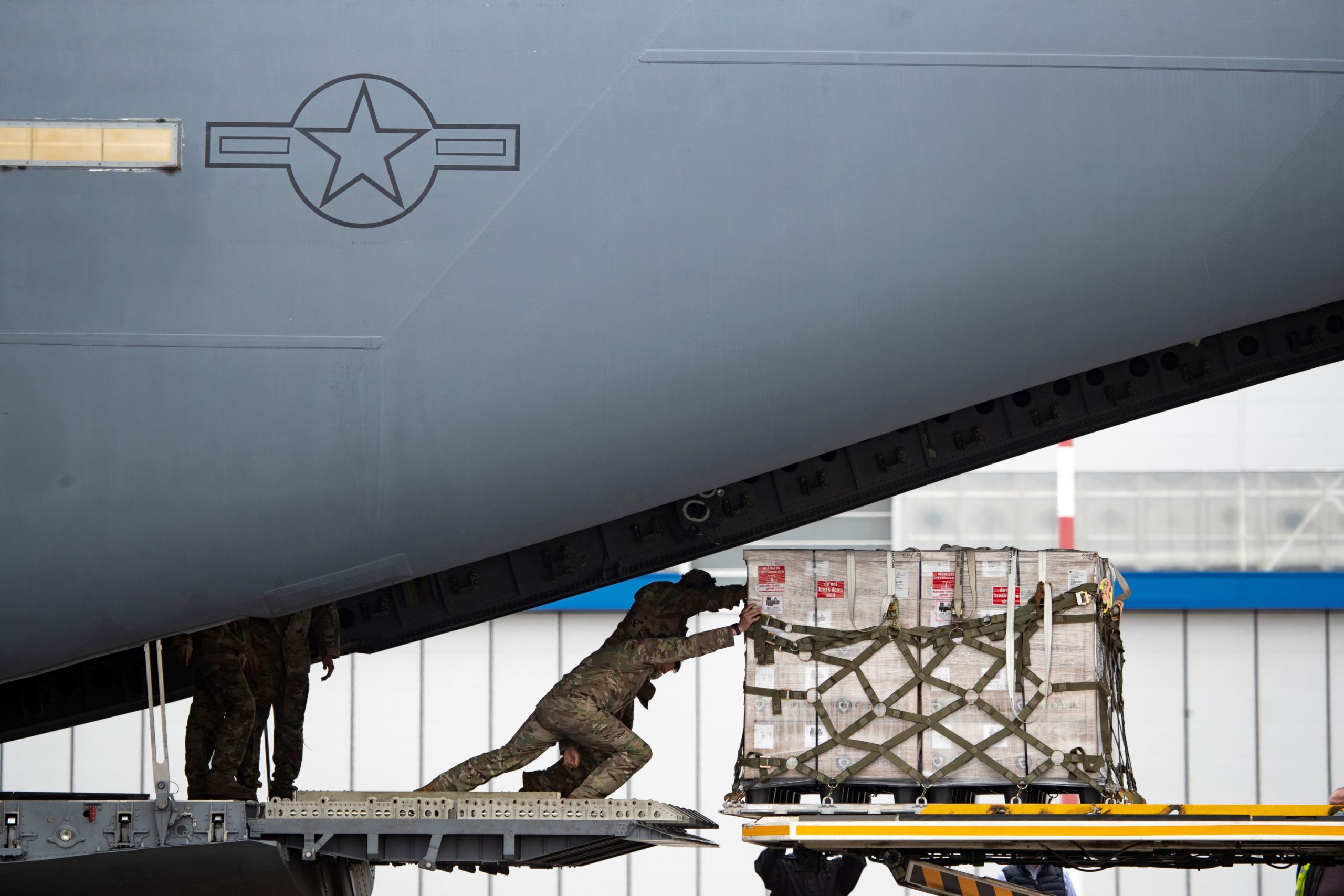 US soldiers and airport workers of Vnukovo International Airport unload the batch of medical aid donated by the United States, including ventilators, in order to help Russia tackle the coronavirus outbreak, upon the landing of the shipment at Vnukovo International Airport outside Moscow, on June 4, 2020. (Photo by Pavel Golovkin / POOL / AFP) (Photo by PAVEL GOLOVKIN/POOL/AFP via Getty Images)

The order gives Trump 30 days to choose a new logo and then 120-day period for that decision to be implemented. However, officials said the final decision on the new logo would end up being decided by President-elect Joe Biden, according to the AP.

Two anonymous senior officials briefed on the matter said they expect Trump to opt for a logo that incorporates the American flag but didn’t rule out other options, the AP reports.