A family in Cantabria, Spain, was shocked after a 12-year-old girl gave birth in her home Dec. 6, according to El País, a Spanish newspaper.

The mother and child are reportedly both in stable condition after emergency services were on-hand for the delivery, with the baby being taken to Neonatology Unit at the Marqués de Valdecilla University Hospital in Santander.

The girl reportedly found out she was pregnant in March while in child protective custody with the Cantabrian Institute of Social Services. The suspected father is a 17-year-old male who lived in the same home as the girl and is known by social services, according to El País. 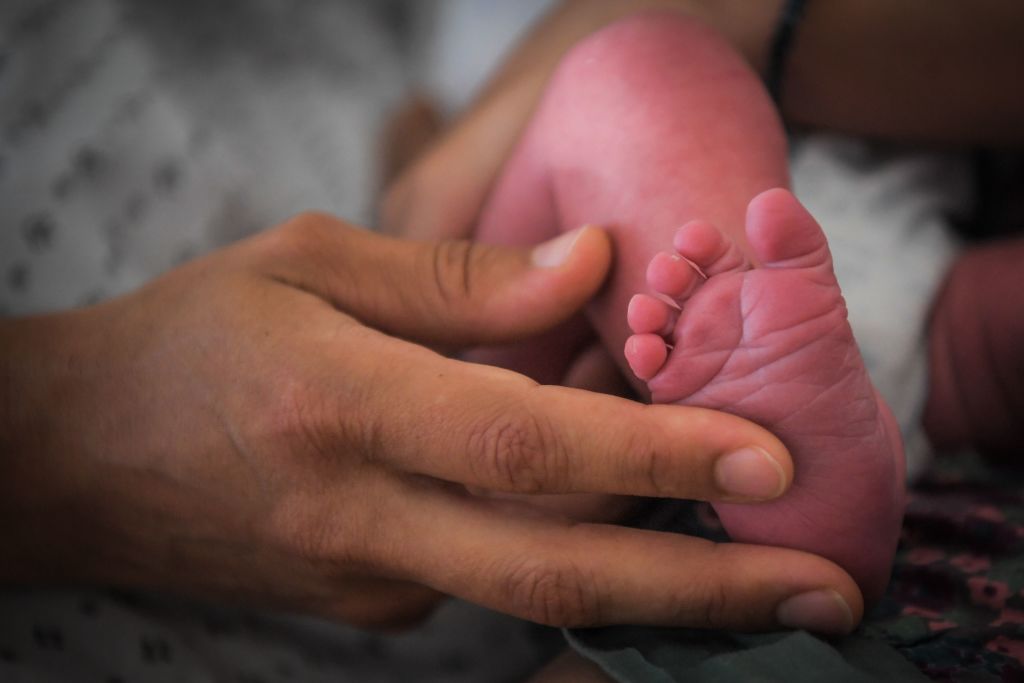 A mother holds the foot of her newborn baby on July 7, 2018 at the hospital in Nantes, western France. (Photo by LOIC VENANCE / AFP) (Photo credit should read LOIC VENANCE/AFP via Getty Images)

The prosecutor’s office is launching an investigation to determine the child’s paternity, including details of the pregnancy, and if sexual assault was involved in any way. The girl’s family maintains that they did not know of the pregnancy, El País reports. (RELATED: Pregnant Illegal Immigrant Gives Birth ‘Approximately 30 Minutes’ After Crossing Border)

The girl’s father is currently in prison for drug trafficking-related charges, according to El País.

The baby is still under observation at the hospital. The family reportedly said it will be given up for adoption.