Durbin introduced a $748 billion bipartisan bill with 11 other Senators which would include funding for education, transportation, small business relief, vaccine distribution and federal unemployment aid, according to Fox Business.

“There is no excuse for the speaker or the leader, you’ve got to give us a vote,” Durbin said during the Monday press conference.

Senate Majority Leader Mitch McConnell and Republicans have continued to criticize Pelosi and Democrats for continuing to block COVID-19 relief funding, as Pelosi shut down another offer Tuesday night from Republicans and the White House.

McConnell explained, during a floor speech Wednesday, the efforts and offers Republicans have made to try and get a relief bill passed. Pelosi said Friday she would accept a coronavirus stimulus package after months of stalled negotiations, however, she declined a $916 billion coronavirus relief proposal that was offered by Secretary of the Treasury Steven Mnuchin and supported by President Trump.

The relief proposal would have given a $600 direct payment for individuals and $1,200 for couples, according to House Republican Leader Kevin McCarthy. McConnell ripped Pelosi for refusing the offer and other offers throughout the ongoing pandemic. 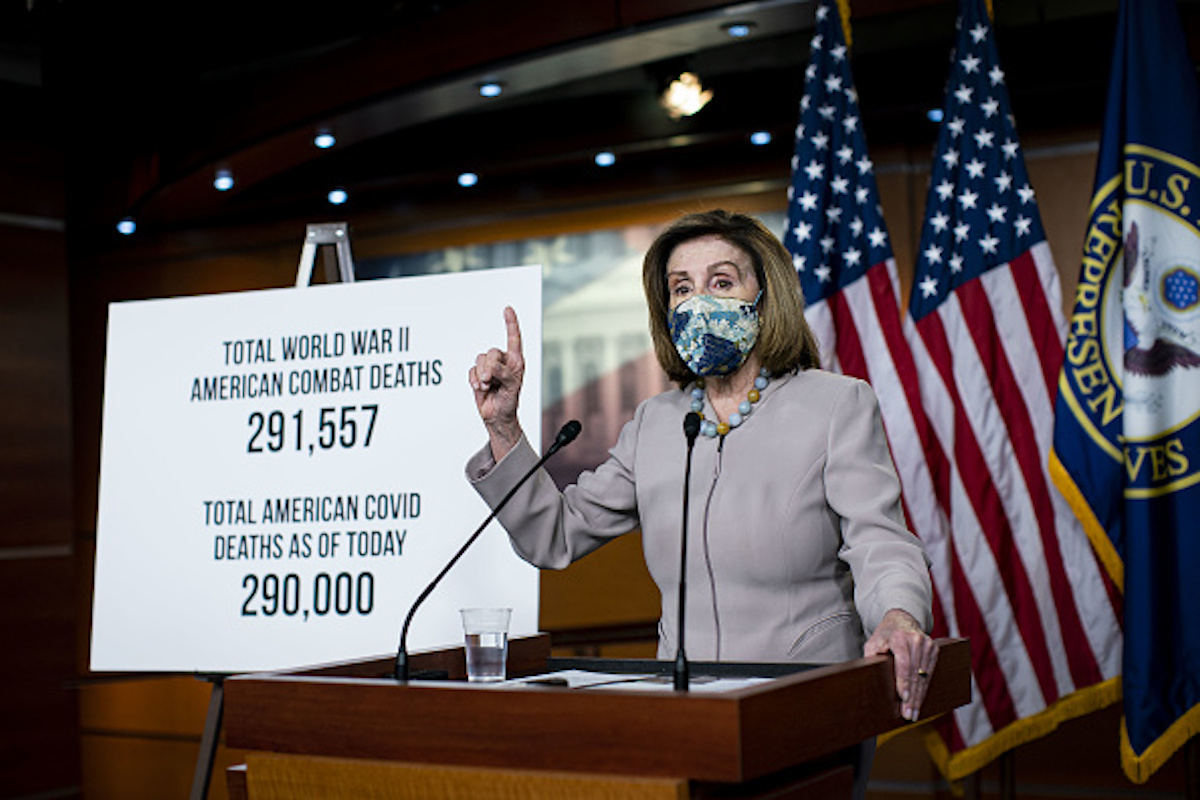 House Speaker Nancy Pelosi, a Democrat from California, speaks during a news conference at the U.S. Capitol in Washington, D.C., U.S., on Thursday, Dec. 10, 2020. (Photographer: Al Drago/Bloomberg via Getty Images)

Pelosi, who has held out on a big deal, said at a Friday press conference that now that Joe Biden is President-elect, she is willing to do a smaller deal. A bipartisan group introduced a $900 billion coronavirus stimulus package that Tuesday.

Democrats in the House blocked a Republican-led move to reconsider a coronavirus relief bill Thursday. It was the 40th time Democrats blocked a package of Republican stimulus bills from passing the House. (RELATED: EXCLUSIVE: Kevin McCarthy Sends Letter To 23 House Democrats Who Threatened Pelosi If She Didn’t Get Bipartisan COVID Relief Deal)

Pelosi has continued to refuse offers from the White House and has pushed for a stimulus exceeding $2 trillion.