The impact of school shutdowns and the switch to virtual learning may take years to fully understand, but parents and caretakers across the country are already witnessing disturbing signs of fatigue and trauma in their children after months of separation from peers and classrooms.

When schools shut down in March and April due to the COVID-19 pandemic, students and their parents had not envisioned that the approaching summer vacation would lead into a new school year that would also be held virtually. For many families, a few weeks of school closings were manageable, although burdensome, especially for single-parent and working households.

But as 2020 comes to an end, parents explained to the Daily Caller that extensive damage has already been done. They describe failing grades, despair and their child’s sense of invisibility to the world that surrounds them after being away from their peers and classrooms for months with no firm end in sight. 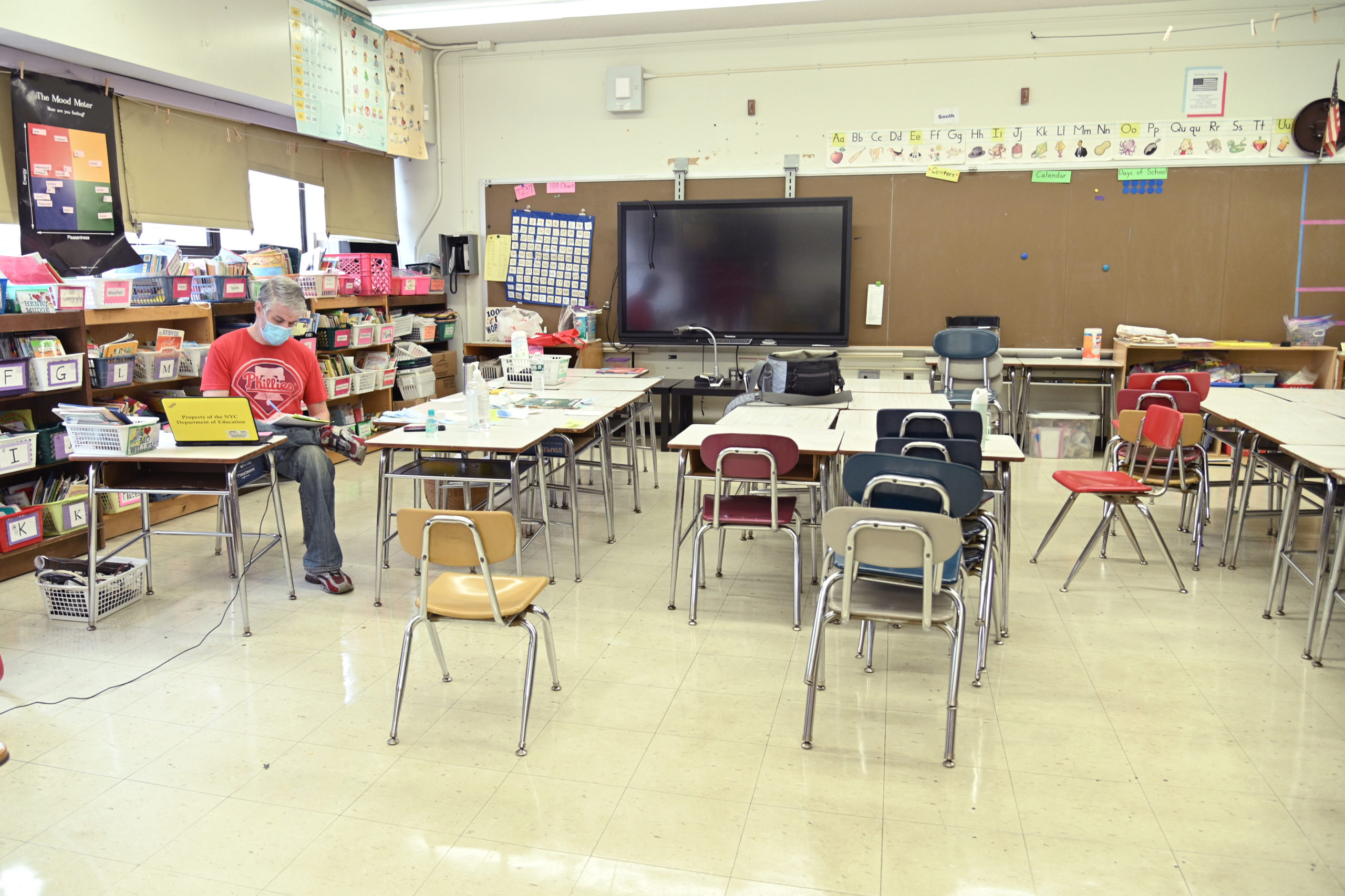 Data accumulated globally has shown that infections did not surge when schools reopened, and the nation’s leading infectious disease expert, Dr. Anthony Fauci, said as much in late November when he called on schools to reopen. While many private schools have reopened completely or partially, some of the nation’s largest school districts are still closed. In Washington, D.C., the city’s teachers union rejected an agreement with the public school system to reopen campuses in November. In Chicago, Philadelphia, Boston, Topeka, San Diego and multiple other cities, districts put off their plans to reopen in mid-November and gave no set date for reopening.

Eileen, a Latin teacher at a Christian Classical school in Maryland, has been able to teach in her regular classroom since Sept. 3, when her school reopened with health and sanitation protocols implemented to prevent COVID-19 spread. Eileen’s 15-year-old daughter, who is a sophomore at a public school, has been learning virtually for 14 weeks. She goes to school with her mother once a week just to “be part of normal life,” Eileen tells the Caller.

In an essay Eileen’s daughter wrote about her virtual learning experience, she describes the despondency and defeat students and teachers feel. In some classes, students mute their audio feature to hide the fact that they’re playing video games instead of paying attention. Teachers have difficulty holding students accountable, making flouting the rules easier. Eileen’s daughter, an aspiring writer and accomplished student, also faces her own waning motivation.

“Every minute I sit at my desk I am being erased. It started with one of my dimensions. Then my voice was replaced by the chat, my face with a logo, and my life with progress checks,” Eileen’s daughter writes. “Virtual school is not real school. They are not giving us an education. They are teaching us how to not get caught using google translate. They are teaching us which websites will do your algebra homework for you. And if the Board of Education doesn’t take my education seriously, then why should I?” 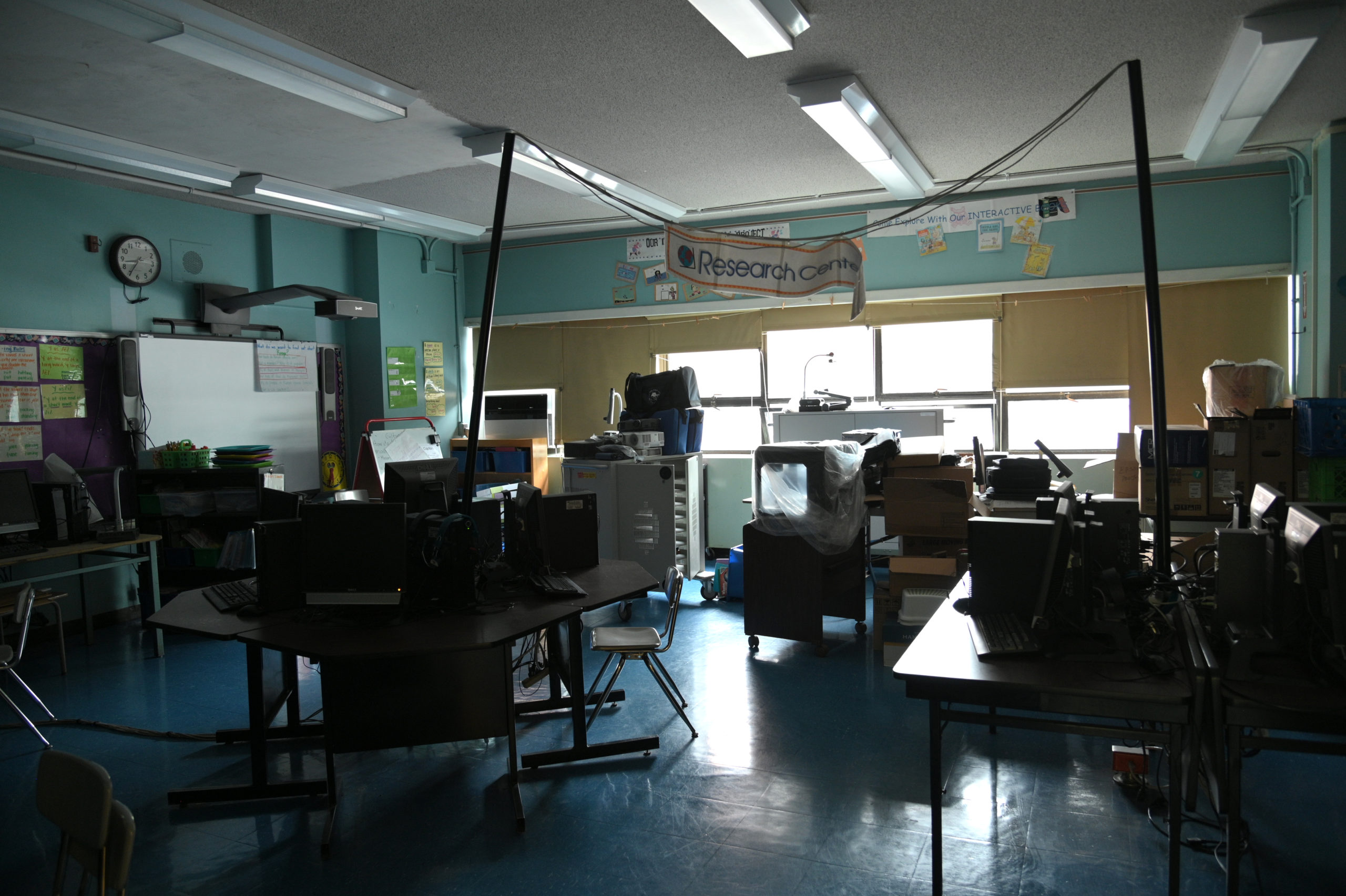 Ramiro Vienna, a parent, coach and teacher in Texas, explained to the Caller how shutting down schools shattered the hopes of the varsity soccer team he coached and caused a noticeable behavior change in his son, who is in 8th grade.

“I can tell you that these lock downs have killed the drive in many students and shattered many dreams,” he said. “At first it was not too bad, a few weeks and we will be back to normal, but when all the parks were shut down and we could no longer even go outside that’s when I noticed the biggest change. [My son] would sleep all the time, not eat, wouldn’t come out of his room and be irritable. He was heartbroken that life as he knew it was no longer.”

Numerous parents described watching their children grow fatigued from sitting in front of a computer everyday for online lessons, sometimes making excuses about WiFi connection issues for respite. John Torre, from Connecticut, told the Caller that his 10-year-old daughter has suffered from headaches after being online all day, while his 8-year-old son will quit online lessons out of frustration. Jaclyn from Michigan says her 15-year-old daughter leaves her bedroom no more than 3 times throughout the day, and no longer talks to her beyond single-word responses.

Megan Knoll, a nurse in Minnesota, said she has watched her 12-year-old son slip into depression.

“As his English teacher put it in her latest email; ‘sorry for all of the emails, but, I just want to say good job! WE can do it!’ No, actually, we can’t. We are breaking,” she said.

Some parents said that their children were not affected academically, and were able to adapt to online instruction.

Sondra from New Jersey says her son chose to enroll in virtual classes because three high-risk people, including her, live at their home. She tells the Caller that her son has continued to excel academically, although he feels like he has socially missed out on his freshman year of high school.

But school districts across the country are reporting an increase in the number of students failing classes, often from missing assignments or skipped classes. The Fairfax County Public Schools released a report in November showing that the number of middle and high school students failing two or more classes increased by 83%. (RELATED: Education Expert Explains How Families Are ‘Getting A Bad Deal’ From Public Schools, And Are Pulling Students Out Because Of It)

For some families, there are alternatives. Many public school districts have experienced declining enrollments in 2020 as parents have enrolled their children in private schools that have reopened instead. More than 8,700 students in the Fairfax County school system in Virginia were withdrawn, marking a 5% enrollment decrease, the Washington Post reported.

In Wisconsin, a study showed that 34 districts that started the school year with virtual learning saw a 3% decrease in enrollment, while the state’s school enrollment declined 2.67%. Meanwhile, private school choice programs grew by more than 2,700 students as public schools saw declines of 36,000.

The impact of schools prolonging in-person learning has been acutely felt by households with two working parents, single-parent households, low-income households that can’t afford options outside of public school. Parents with children who have special needs and require therapy have also struggled to accommodate. 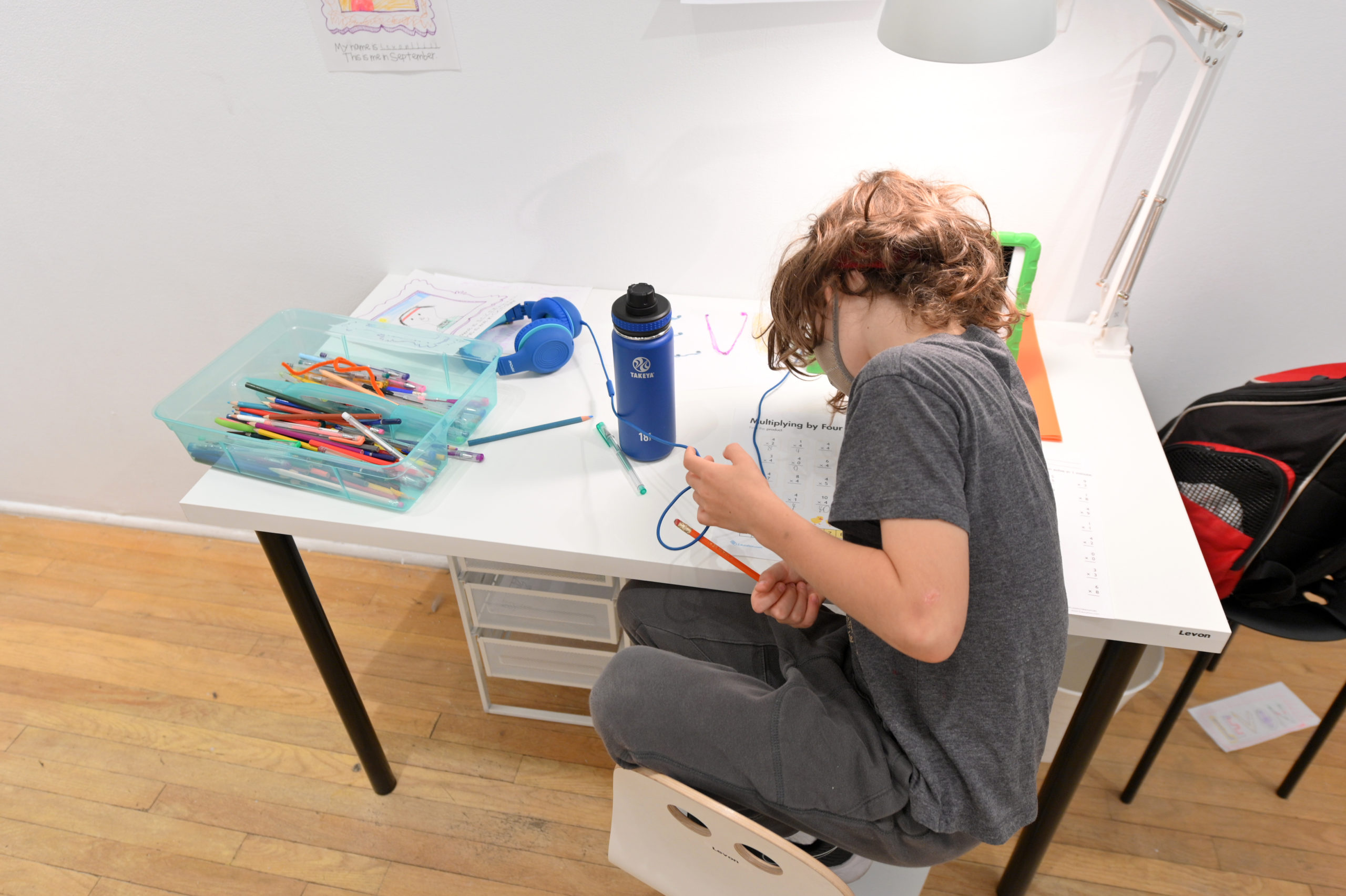 Emily from Amherst, New York had to give up her job after her son’s occupational and physical therapies became virtual, along with her other two children’s classes. Carol in Philadelphia moved from California to Philadelphia hoping that her family could help her support her two children who have autism because she couldn’t on her own.

Her 10-year-old son is non-verbal and was having daily meltdowns since the pandemic stay-at-home orders and restrictions were enacted. Her 8-year-old daughter would slam her computer shut during online classes.

“Sometimes an entire week will go by and she just can’t do it,” Carol told the Caller. “She is begging to go back to class because she wants to be with her peers so badly. It breaks my heart everyday watching them feel like they are failing.”