Infectious disease expert Dr. Anthony Fauci recommended that schools should reopen and bars close as part of an effort to slow the spread of coronavirus while mitigating the impact of keeping children from the classroom, numerous reports showed.

Fauci made the statement during a late-November interview on ABC’s “This Week With George Stephanopoulos.” Fauci was specifically referring to New York City schools closing in November, and noted that “the spread among children and from children is not really very big at all, not like one would have suspected.” (RELATED: ‘Close The Bars And Keep The Schools Open,’ Fauci Says)

Despite his remarks and data that suggests coronavirus spread among children isn’t a significant threat, many school districts across the country have closed, and children are instead learning remotely. In Chicago, Philadelphia, Boston, Topeka, San Diego, and multiple other cities, districts put off their plans to reopen in mid-November and gave no set date for reopening. 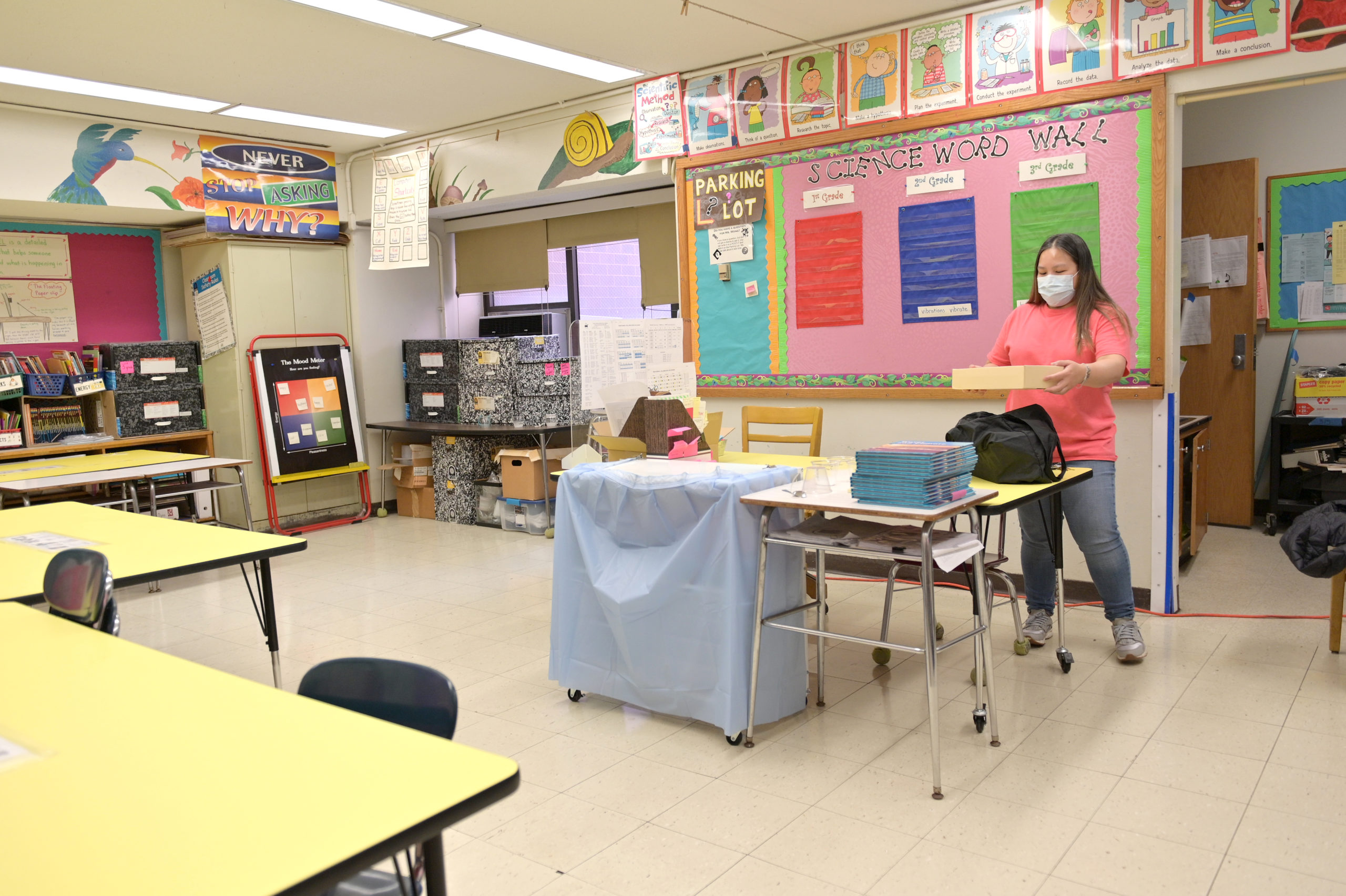 Despite a transmission rate of .16% in New York City schools, all public schools were shut down for in-person learning, officials announced Nov. 18.

“New York City has reached the 3% testing positivity 7-day average threshold,” Democratic New York City Mayor Bill de Blasio tweeted. “Unfortunately, this means public school buildings will be closed as of tomorrow, Thursday Nov. 19, out an abundance of caution. We must fight back the second wave of COVID-19.”

New York City has reached the 3% testing positivity 7-day average threshold. Unfortunately, this means public school buildings will be closed as of tomorrow, Thursday Nov. 19, out an abundance of caution.

We must fight back the second wave of COVID-19.

Nearly a week later, de Blasio announced that the 3% positive-testing threshold would no longer be required when determining whether schools should stay open or close. He also said that the schools would be moving toward resuming in-person learning on Dec. 7 after citywide shutdowns. Younger students would be able to return to classrooms on that date, but middle and high schoolers were yet to be addressed on a firm return date.

In Washington, D.C., the city’s teachers union rejected an agreement with the public school system to reopen campuses in November. The Washington Teachers’ Union has lobbied for a provision to a tentative agreement reached a week prior that delineated the condition for returning to in-person learning. The provision would allow teachers to opt out of in-person teaching, according to DCist, but the school system did not support it.

To return to the classroom on a more regular basis, many teachers unions have suggested that teachers be among the groups prioritized to receive the vaccine. Currently, the recommended phases of distribution for the vaccine have prioritized frontline health care workers and those living in long-term care facilities.

The vaccine must be readily available to them on site to allow for the safe, orderly and timely reopening of schools,” Randi Weingarten, president of the American Federation of Teachers (AFT), a teachers’ union, told Politico.

By giving school staff priority, reopening schools would be made more possible. AFT, in response to a request for comment from the Daily Caller, forwarded the union’s blueprint for reopening schools, which includes a gradual reopening that would require “physical distancing until the number of new cases declines for at least 14 consecutive days.”

With cases exploding across the country as of early December, such a requirement may not be possible in what’s left of 2020.

However, with a vaccine awaiting authorization, returning to schools may be a reality in 2021. While states have not been given a firm date of the vaccine’s shipment, they are preparing to receive them as early as Dec. 11, the day after a meeting focusing on the authorization of the vaccine.

Weingarten did not suggest that schools could only reopen if there was a vaccine, but that once cases decline after the late-year surge, bringing back students with special needs may make sense.

“As part of school opening, vaccination should be available to those kids and to those families, and to those educators, almost like you would be doing in terms of contact tracing,” she told Politico.

Chicago Teachers Union, United Federation of Teachers, and the National Education Association did not respond for requests for comment about their stances on reopening schools following Fauci’s remarks.