Wyden announced in a statement following a Senate Finance Committee briefing on the hack that Treasury “suffered a serious breach, beginning in July, the full depth of which isn’t known.” (RELATED: Biden Reacts To Hackers Infiltrating US Nuclear Agency, Treasury, DHS And Others: ‘A Good Defense Isn’t Enough’) 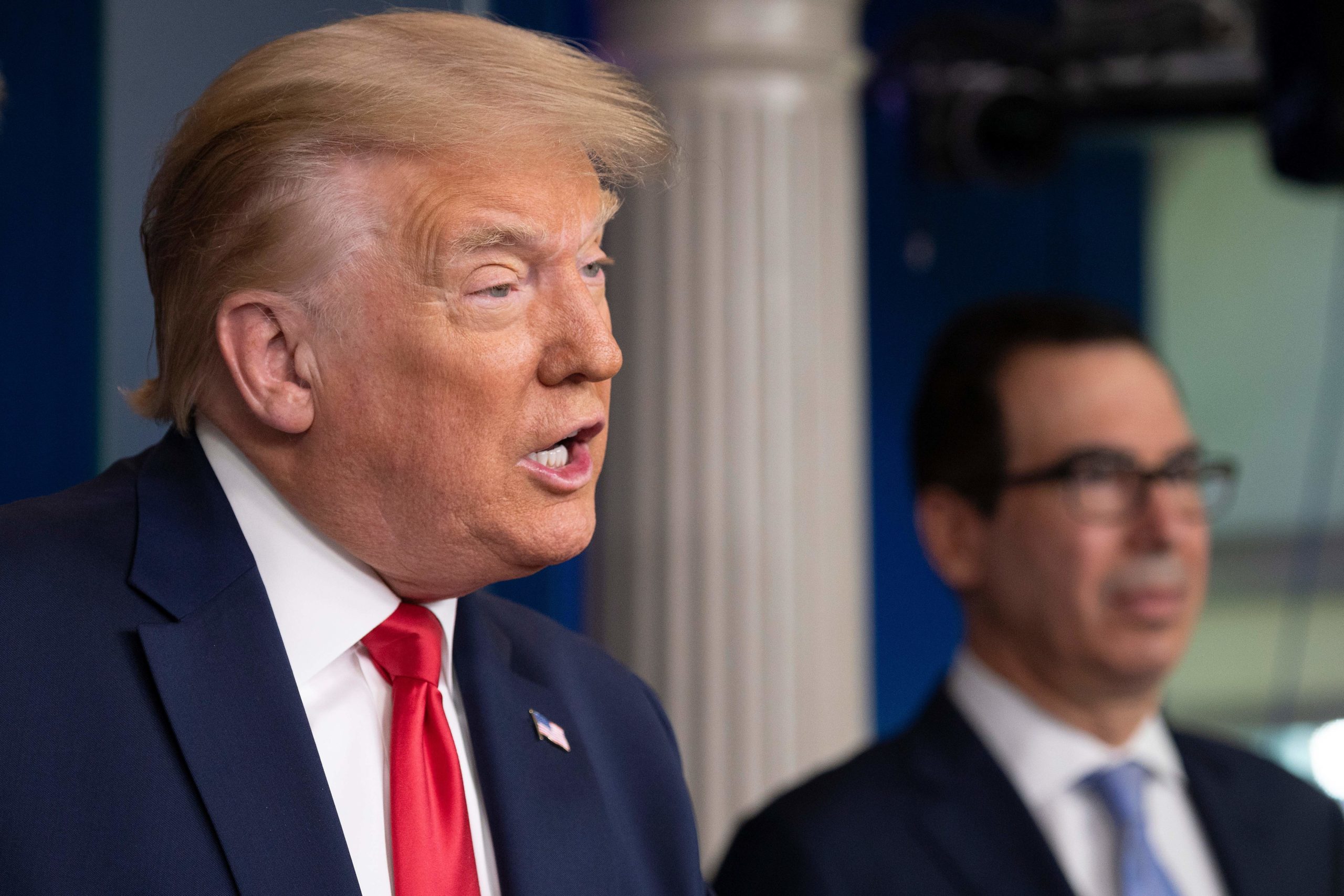 US President Donald Trump, with US Secretary of the Treasury Steven Mnuchin, speaks to the press in the Brady Briefing Room of the White House in Washington, DC, on July 2, 2020. – Trump on Thursday hailed the “spectacular” US jobs report for June, saying the return to work of 4.8 million Americans marks a huge comeback for an economy hit hard by the coronavirus pandemic. (Photo by JIM WATSON/AFP via Getty Images)

“Microsoft notified the agency that dozens of email accounts were compromised,” he continued. “Additionally the hackers broke into systems in the Departmental Offices division of Treasury, home to the department’s highest-ranking officials.”

“Treasury still does not know all of the actions taken by hackers, or precisely what information was stolen.”

Though President Donald Trump has publicly downplayed the severity of the attacks — and Treasury Secretary Steve Mnuchin has claimed to be “completely on top of” the issue — Attorney General Bill Barr stated Monday morning that the individuals responsible for the attack likely have ties to the Russian government.

“From the information I have, I agree with Secretary Pompeo’s assessment,” he told reporters earlier in the day. “It certainly appears to be the Russians but I’m not going to discuss it beyond that.”