A student from Democracy Preparatory Academy and his mother filed a federal lawsuit against the school and its administrators Tuesday, alleging compelled speech and racial discrimination.

The suit alleges that William Clark, a biracial twelfth-grader at Democracy Preparatory Academy, Agassi Campus, was required “to make professions about his racial, sexual, gender and religious identities… which were subject to the scrutiny, interrogation and derogatory labeling of students, teachers and school administrators,” according to court documents obtained by the Daily Caller. If Clark did not comply with these course requirements, he would not receive a passing grade.

The student’s African-American mother, Gabrielle Clark, who is a co-plaintiff, requested that her son be removed from the class “Sociology of Change,” a civics class in which he would learn about intersectionality theory. However, Democracy Prep principal Adam Johnson told Clark that the course was mandatory, so her son would be forced to take it.

Democracy Preparatory Public Schools, a charter school company operating in five states, purchased the former Andre Agassi Preparatory Academy in 2017. At the time, students and parents at Agassi opposed the buyout due to concerns about a longer school day and stricter disciplinary practices. Then-interim Democracy Prep Chief Executive Officer Natasha Trivers dismissed the criticism as “haters on a really large scale,” according to the Clark lawsuit.

After taking over as full-time CEO, the lawsuit alleges that Trivers changed the Democracy Prep civics curriculum to focus on “consciousness raising and conditioning exercises.” However, the syllabi sent home with students for parental consumption did not change to reflect the curriculum’s new focus.

School administrators denied to Gabrielle Clark that the lessons in her son’s classes were guided by Critical Race Theory, an idea which claims that “racism is the ordinary state of society” and that concepts like Western liberalism and science are infused with white supremacy.

However, material from the civics class that William Clark was required to take was adapted from the work of Kimberlé Crenshaw, a Columbia University and UCLA professor. She popularized the term intersectionality and Critical Race Theory in the late 1980s and 1990s within academia. (RELATED: Parent Groups Call On Education Department To Launch Civil Rights Investigation Into Critical Race Theory At Public Schools) 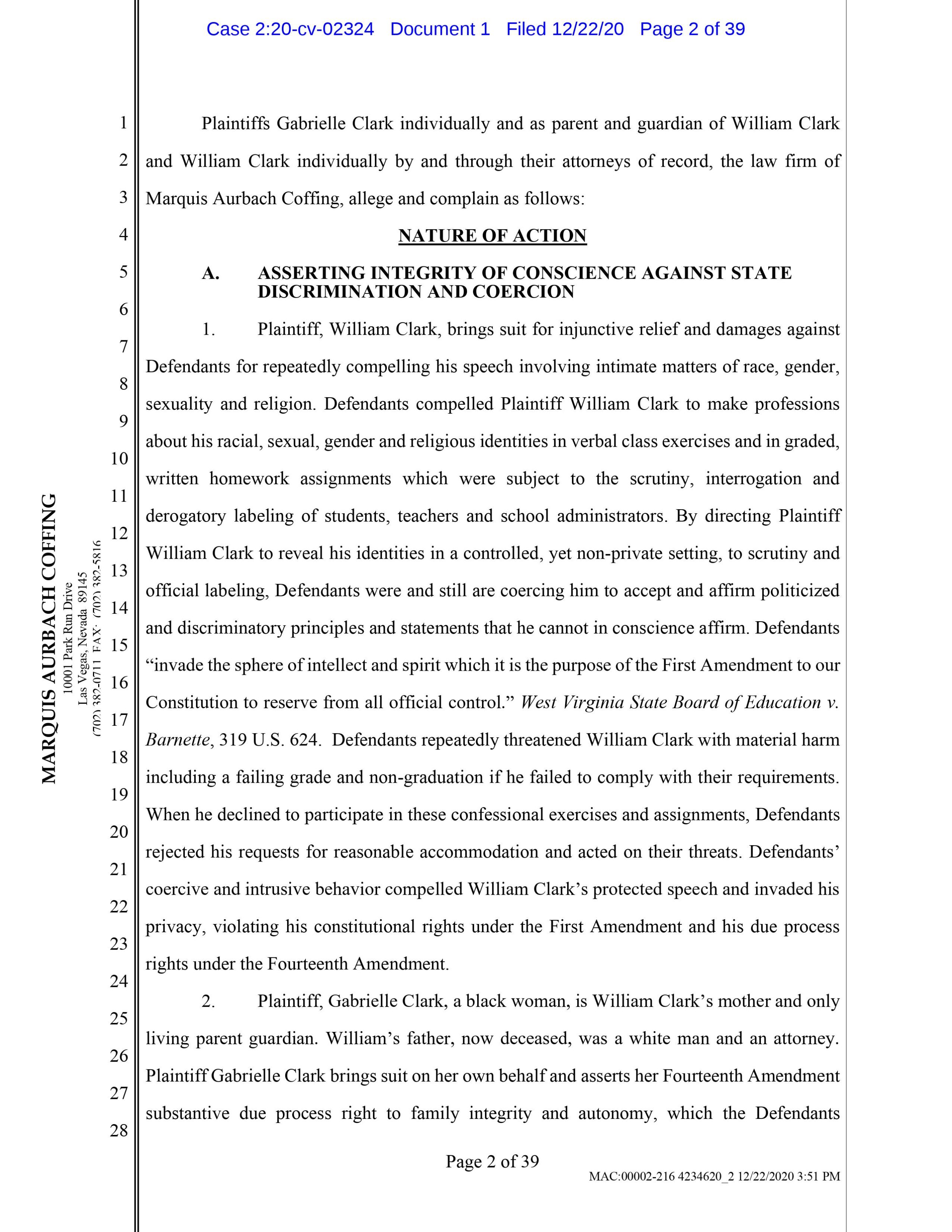 Quillette editor Colin Wright, who first tweeted about the Clark family’s lawsuit, suggested that it could be a precedent-setting case.

18/ To my knowledge this is the first lawsuit of its kind. Keep a close eye on this one, as it could set a precedent and cause a lot of dominoes to start falling.

Democracy Prep did not respond to a request for comment from the Daily Caller.

The Trump administration and its allies in the Senate have expressed concerns about diversity and intersectionality education such as this. Office of Management and Budget Director Russell Vought issued a memo on Sept. 4 banning federal agencies and contractors from conducting Critical Race Theory trainings. Arkansas Republican Senator Tom Cotton introduced a bill in July that would ban schools from receiving federal funds if they used the New York Times’ 1619 Project curriculum. Historians criticized the project for a racially reductive view of American history.