During excavation work to install a water drainage system in Downtown Amman, Jordan, workers discovered ruins of old Roman baths, throwing local authorities in a dilemma of how to preserve relics of the past while modernizing the country.

A Jordanian government committee set up two weeks ago is yet to decide whether to expand the excavations or continue constructing the planned drainage system, Reuters reported. The work on the site has been suspended until the committee decides what to do, according to Reuters.

“We will balance the needs of the city – to protect it from flooding – to preserving antiquities under the streets,” Yazid Elayan, Jordanian Department of Antiquities head, told Reuters. “Amman was one of the biggest Roman cities and it has one of the largest baths … Wherever one excavates in Amman, antiquities can be found,” Elayan said. 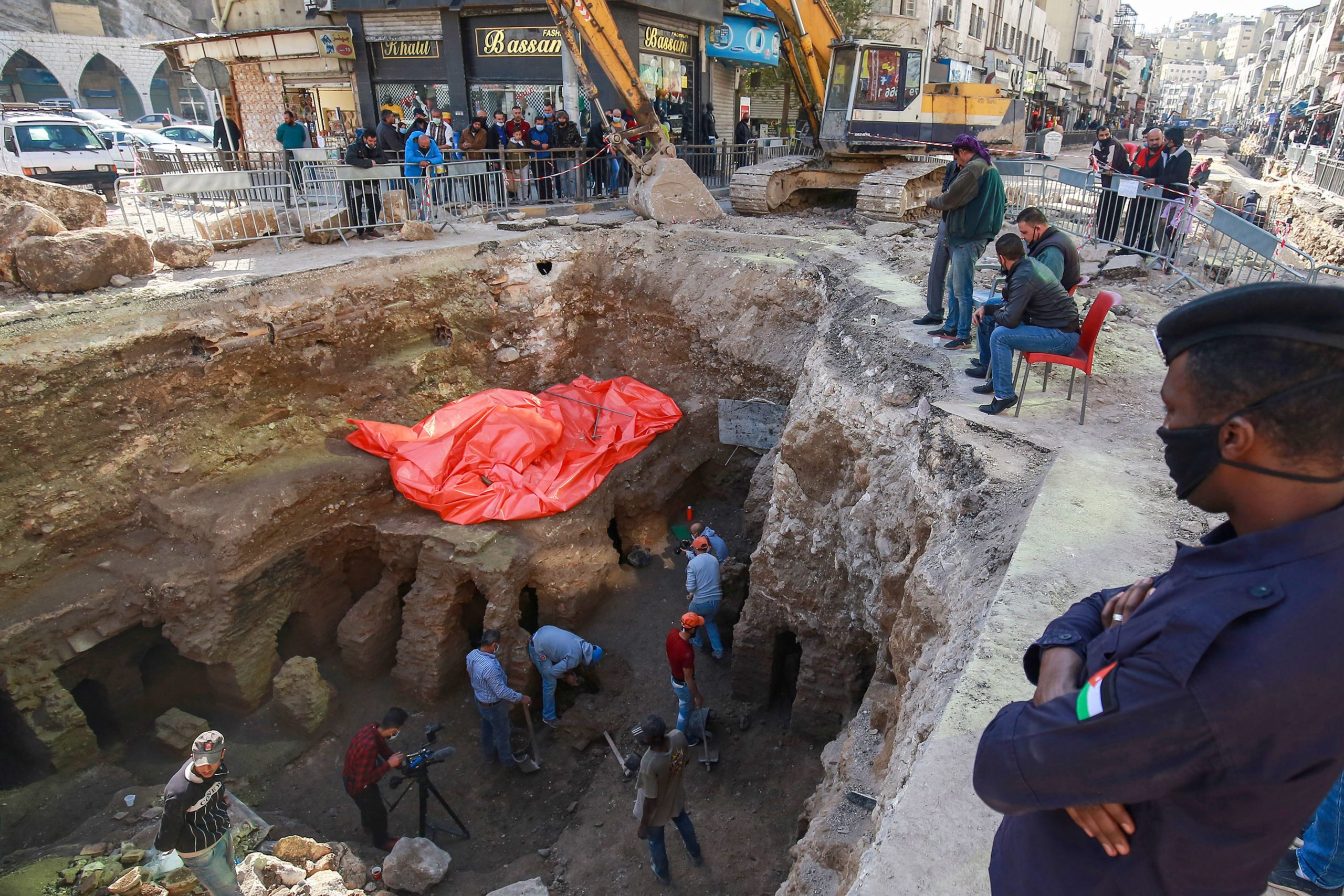 People watch as workers uncover the ruins of a recently discovered Roman archaeological site in the Jordanian capital Amman, on December 14, 2020 (Photo by KHALIL MAZRAAWI/afp/AFP via Getty Images)

Among the ruins unearthed near Amman’s Roman Amphitheater, were second-century tiled Roman baths with heated cellars and a crematorium, Gulf News reported.

Archaeologists believe that the remains of furnaces found among the ruins, proof of an ancient intricate heating system, is the first such discovery among the remains of Philadelphia, the old Roman city upon which Amman stands, according to Reuters.

These sites, according to further reporting from Gulf News, were once entirely submerged by the ‘Amman River,’ which used to flow from Ras Al Ain to Ain Ghazal, feeding into the Zarqa River. However, during Amman’s expansion, the river was covered up and paved over.

Murad Kalaldeh, Architecture and Urban planning professor at Al-Balqa Applied University, said on Dec. 14 that the site should be preserved, according to Independent. He argued that all excavations and attempts to remove the bathhouse must be halted, the outlet reported.

On the other hand, Amman’s municipality officials worry that delaying the drainage project could raise water levels in central Amman and lead to the city’s flooding during wintertime, Reuters reported.