CNN White House correspondent Jim Acosta said that he doesn’t believe the press should try to “whip up the Biden presidency” like they did during President Donald Trump’s tenure.

Acosta has become well-known during the Trump administration for his consistent swipes at a president and administration often focused on vilifying the press. At one point, Acosta’s press credentials were revoked by the White House, prompting a lawsuit from CNN.

As President-elect Joe Biden prepares to take office, members of the media are noting that there will be a change in the White House-press relationship, The Atlantic pointed out in an article published Tuesday. Acosta, for one, has already decided that he will not cover Biden the same way he did Trump.

“I don’t think the press should be trying to whip up the Biden presidency and turn it into must-see TV in a contrived way,” Acosta said according to The Atlantic. (RELATED: Here’s The Type Of Media Coverage You Can Expect For The Next 4 Years) 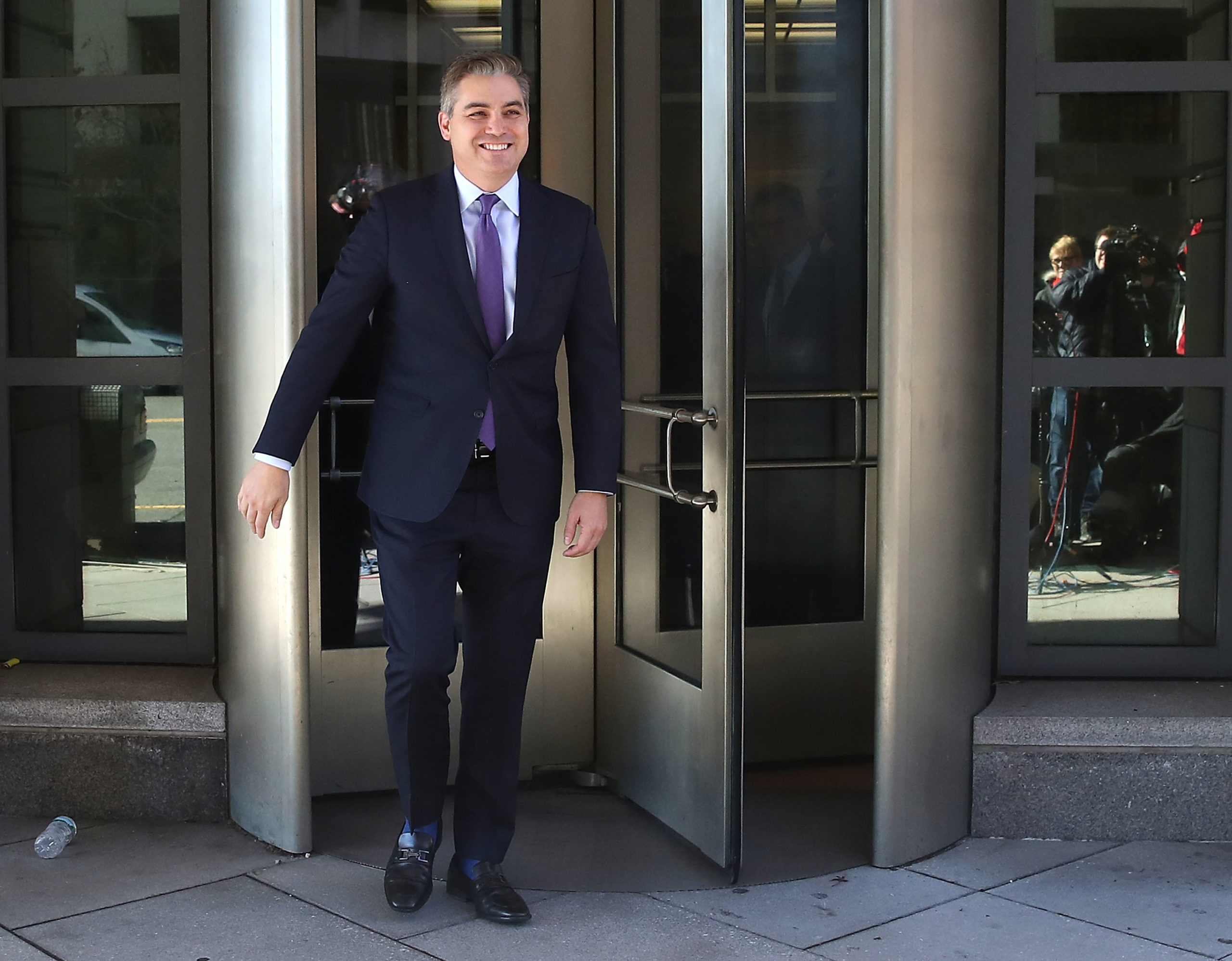 CNN White House correspondent Jim Acosta walks out of the U.S. District Court House after a judge ruled that he should have his White House press pass returned immediately, on November 16, 2018 in Washington, DC. (Mark Wilson/Getty Images)

The CNN correspondent backed up his comments, which The Atlantic noted may sound “like a double standard.” Acosta denied that the difference in reporting is partisan and said that since the Trump campaign consistently worked to condemn the press, a strong response was needed.

“If that sounds like a double standard, Acosta told me it’s not partisan—it’s a matter of professional solidarity,” The Atlantic article read. “In his view, Trump’s campaign to discredit the press has constituted a ‘nonstop national emergency,’ one that required a defiant response.”

“If being at the White House is not an experience that might merit hazard pay, then perhaps it is going to be approached differently,” Acosta said.

Acosta’s comments come as media publications have pushed fluff pieces about the Biden administration. Members of the media have also so far failed to ask the incoming president important tough questions about various issues, such as how Biden will hold China accountable for the ongoing global pandemic.