President Donald Trump vetoed a bill that would have ended large-mesh drift gillnet use in federal waters off the Californian coast Friday, stating that such legislation would increase seafood-imports dependence, worsening a multibillion-dollar seafood trade deficit.

“By forcing the West Coast drift gillnet fishery to use alternative gear that has not been proven to be an economically viable substitute for gillnets, the Congress is effectively terminating the fishery,” Trump said, according to The Hill. “As a result, an estimated 30 fishing vessels, all of which are operated by family-owned small businesses, will no longer be able to bring their bounty to shore.” (RELATED: Freelance Law Caps A Year Of Horrendous California Policies)

In his veto message to the Senate, Trump also said that the legislation  “will not achieve its purported conservation benefits,” the Associated Press (AP) reported.

Both houses of Congress had passed the vetoed bill, which was authored in the Senate by Sens. Dianne Feinstein (D-Calif.) and Shelley Moore Capito (R-W.Va.) and in the house by Reps. Ted Lieu (D-Calif.) and Brian Fitzpatrick (R-Pa), last month with bipartisan support, the Hill reported.

The fishing bill’s sponsors, according to the AP, argued that large-mesh drift gillnets, measuring between a mile and a mile and a half long and extending up to 200 feet below the ocean’s surface, are left in waters overnight to catch swordfish and thresher sharks. In the process, at least 60 other marine species — including whales, dolphins, and sea lions — can also get trapped in the nets, where they get injured or die. 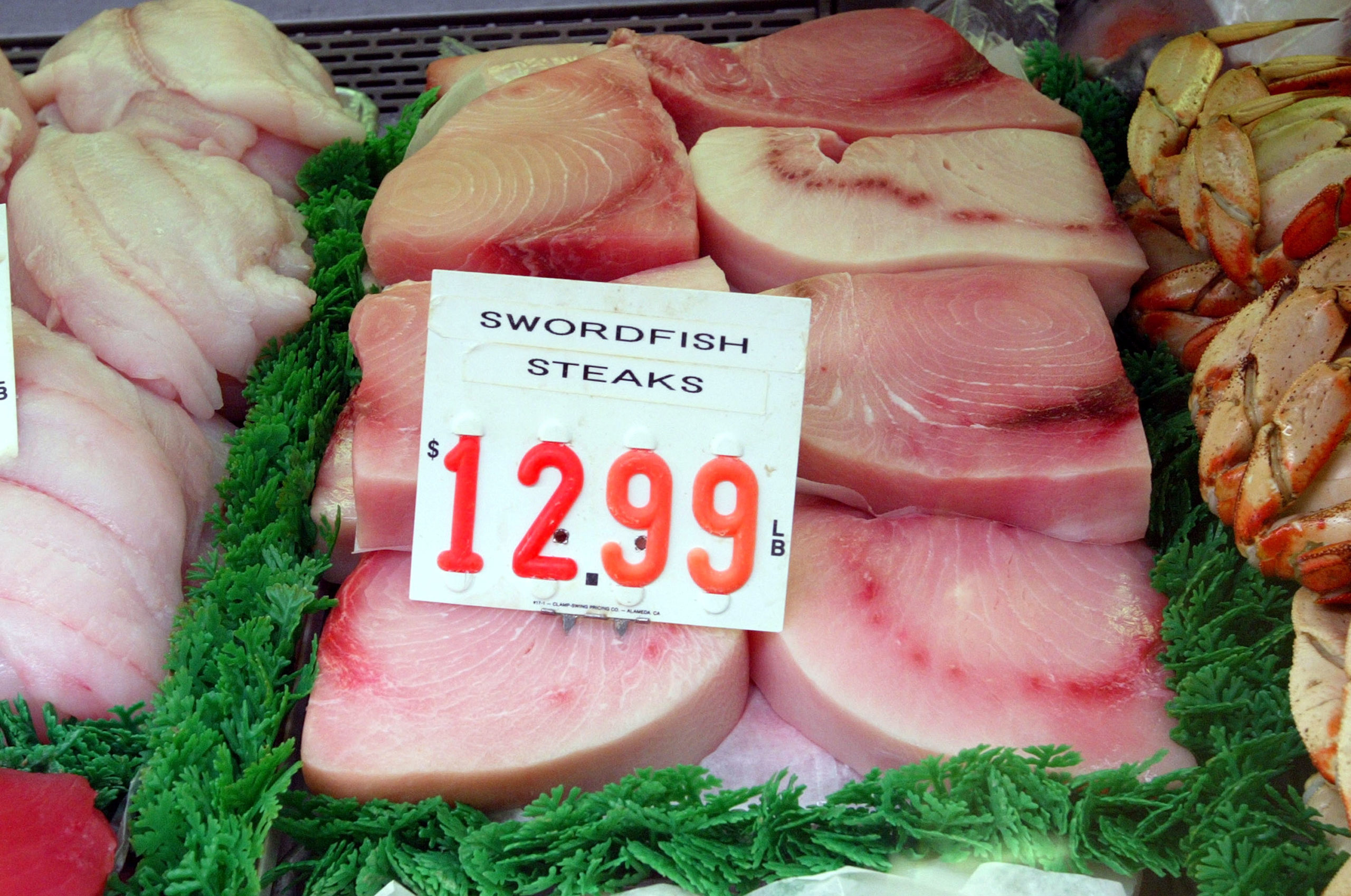 Swordfish steaks are seen at Tower Market May 16, 2003 in San Francisco. (Photo by Justin Sullivan/Getty Images)

Use of such nets is prohibited in U.S. territorial waters in the Atlantic Ocean and the Gulf of Mexico and off the coasts of Washington state, Oregon, Alaska, and Hawaii. However, they are permitted in federal waters off California’s coast, the AP reported.

The vetoed bill would have, over five years, extended similar restrictions to federal waters off California’s coast and authorized the National Oceanic and Atmospheric Administration to help the commercial fishing industry shift to more sustainable gear, according to further reporting from the AP.

The West Coast drift gillnet fishery is already subjected to “robust legal and regulatory requirements” for environmental protection that equal or exceed restrictions applied to foreign fisheries, Trump said, USA Today reported. Without the fishery, Americans will import more swordfish and other species from overseas, he added.