North Korean leader Kim Jong Un has threatened to grow his nuclear arsenal if the U.S. doesn’t abandon its hostile policy toward the country, a statement seen as a signal to the incoming presidential administration, the Associated Press (AP) reported.

Kim said North Korea would develop more sophisticated nuclear weapons unless the “United States withdraws its hostile policy, the Korean Central News Agency reported, according to the AP. The statement was made during a key ruling party meeting months after North Korea vowed to increase its nuclear weapons capabilities due to deteriorating diplomacy with President Donald Trump. 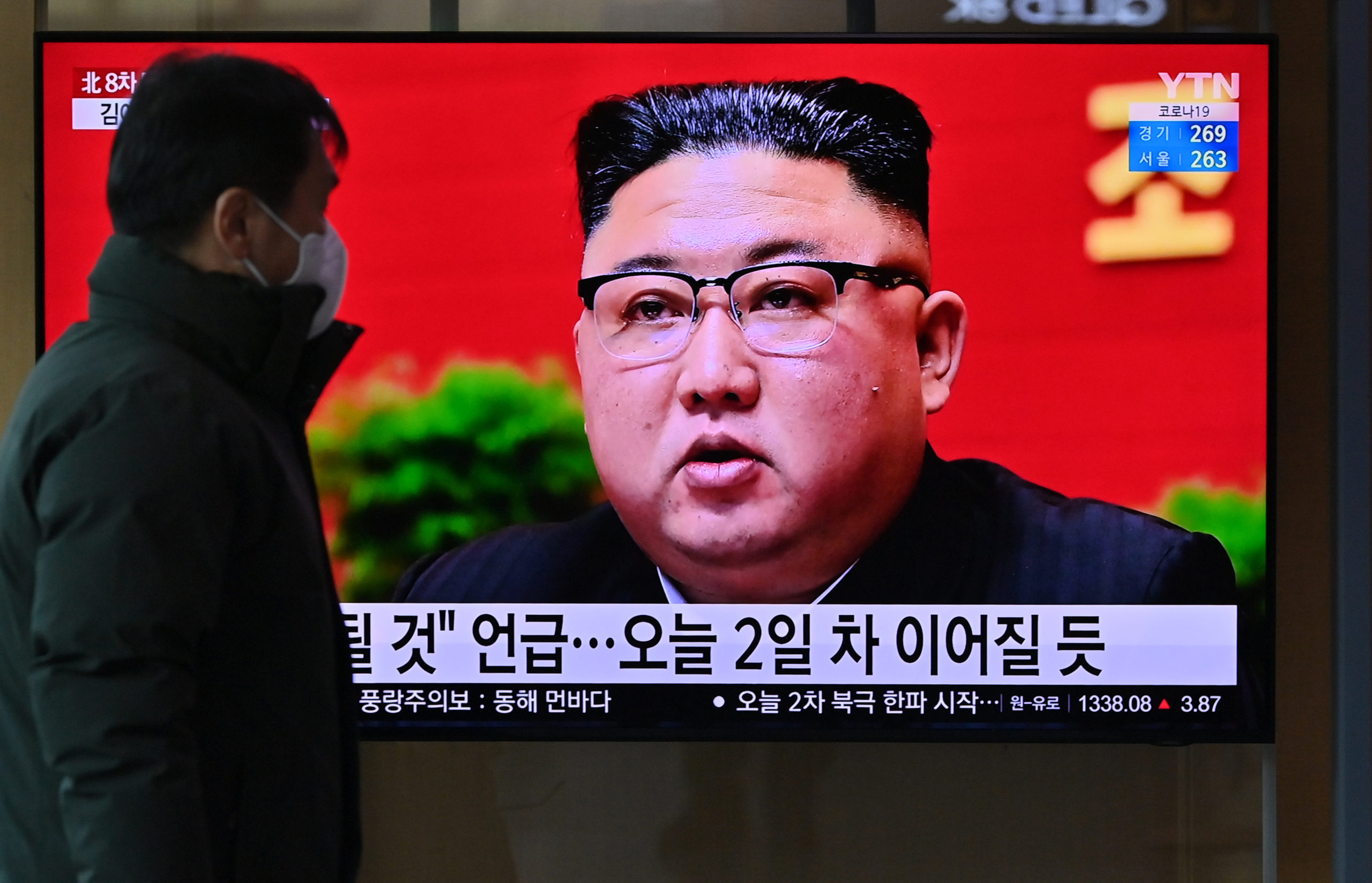 A man watches a television screen showing news footage of North Korean leader Kim Jong Un attending the 8th congress of the ruling Workers’ Party held in Pyongyang, at a railway station in Seoul on January 6, 2021. (Photo by JUNG YEON-JE/AFP via Getty Images)

Kim said that nuclear weapons would not be used unless “hostile forces” used theirs against North Korea first, but emphasized that North Korea would continue developing its military and nuclear arsenal to prepare for potential attacks from the “enemy.”

“Nothing would be more foolish and dangerous than not strengthening our might tirelessly and having an easy-going attitude at a time when we clearly see the enemy’s state-of-the-art weapons are being increased more than ever,” he said, according to the AP.

Kim ordered the creation of missiles with multiple warheads, underwater-launched nuclear missiles, and nuclear-power submarines, among others.

“The reality is that we can achieve peace and prosperity on the Korean Peninsula when we constantly build up our national defense and suppress U.S. military threats,” he added.

Kim and Trump met in 2018 and signed an agreement to improve ties between the two nations and work toward “complete denuclearization of the Korean Peninsula,” but the relationship began to fall apart after a second meeting in 2019, where no agreement about dismantling North Korea’s weapons program or easing sanctions was made. (RELATED: US Urges Nuclear Negotiations With North Korea After Kim Jong Un Reveals ‘Monster’ Missile)

The U.S. pressured Kim to return to negotiations after a missile was paraded through Pyongyang in October, marking the first showing of the country’s ballistic missiles in nearly two years. If usable, the weapon would be considered one of the world’s largest intercontinental ballistic missiles that is road-mobile, Reuters reported.