Dr. Moncef Slaoui, the chief executive of the Trump administration’s Operation Warp Speed vaccine initiative, tendered his resignation Tuesday evening after being asked to do so by President-elect Joe Biden’s team.

Biden had heaped praise on Slaoui and the Warp Speed team for rapidly pushing two separate vaccines to market in record time, but in recent days, the president-elect has criticized the Trump administration’s distribution plan. 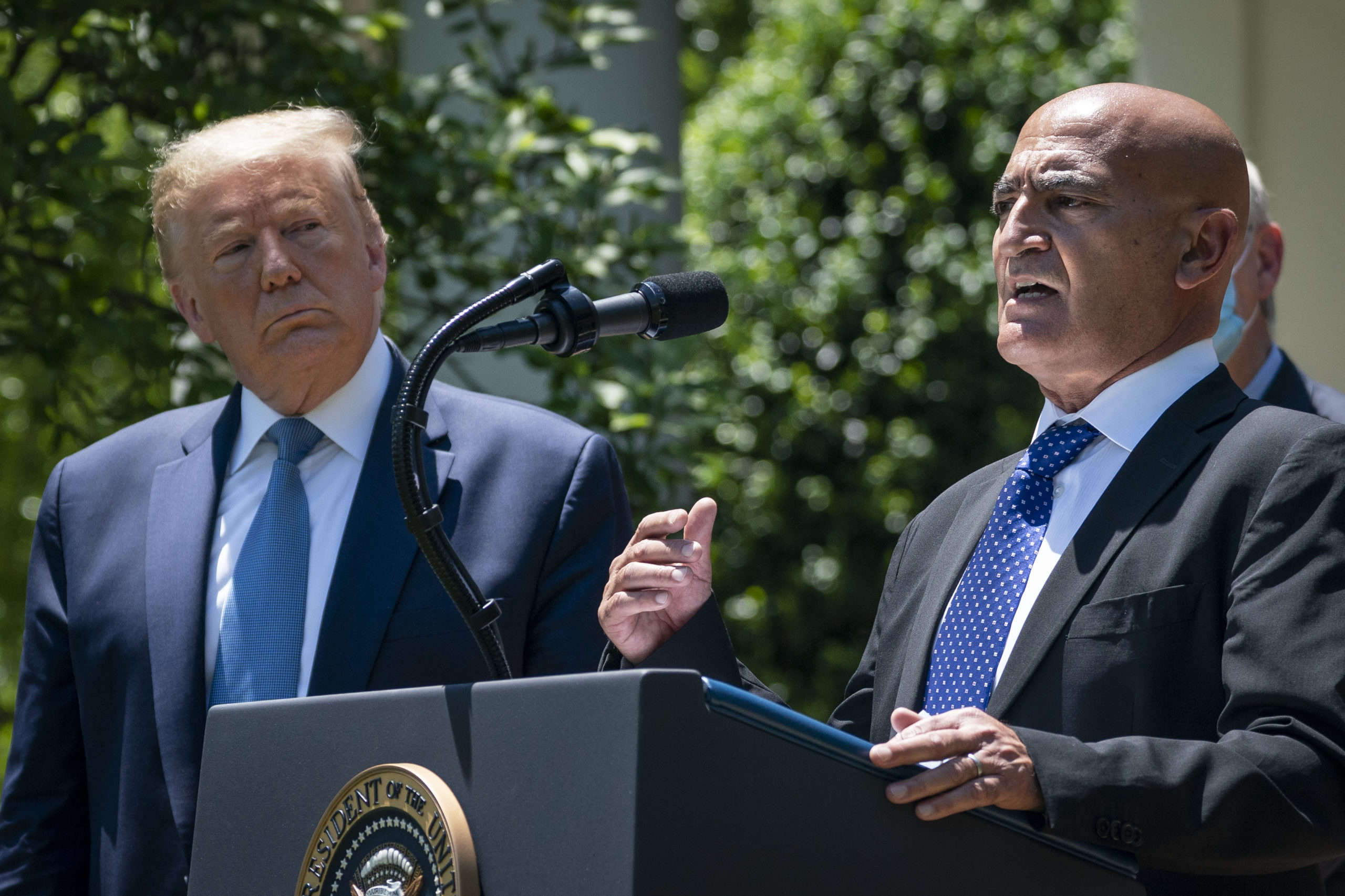 WASHINGTON, DC – MAY 15: (L-R) U.S. President Donald Trump listens as Moncef Slaoui, the former head of GlaxoSmithKlines vaccines division, speaks about coronavirus vaccine development in the Rose Garden of the White House on May 15, 2020 in Washington, DC. (Photo by Drew Angerer/Getty Images)

“I have submitted my resignation letter yesterday to the current administration thanking them for giving me the opportunity to help our country and our people as well as the people of the world,” Slaoui said Wednesday morning on CNBC. “I’m very supportive of this upcoming administration, and really of course, of the operation, and its mission, and I will be doing everything I can to help them succeed as part of the process.” (RELATED: Biden Coronavirus Adviser Celine Grounder Says He Will Invoke Defense Production Act To Surge Vaccine Production)

Slaoui then confirmed that Biden’s team had asked him to resign from his current post as “chief scientific adviser” and had allowed him to stay on for 30 days to assist with the transition process.

“I look forward to really helping the new team and continuing of course to work very hard and support the operation and the thousands who have participated through this effort and continue to succeed,” he continued.

Slaoui had previously stated in December that he planned to step back from Warp Speed after two of the associated vaccine candidates received Emergency Use Authorizations from the Food and Drug Administration.