Two cops from Virginia, including one who allegedly bragged on social media that he had “attacked the government,” were charged on Wednesday for illegally entering the U.S. Capitol building during a siege in which one police officer died.

The Rocky Mount, Va. police officers were off duty when they entered the Capitol along with a mob of Trump supporters protesting Congress’ vote to certify the results of the 2020 election, according to the U.S. attorney’s office in Washington, D.C.

The officers, Jacob Fracker and Thomas Robertson, are each charged with one count of knowingly entering or remaining in any restricted building or grounds without lawful authority and one count of violent entry and disorderly conduct on Capitol grounds. (RELATED: Man Seen Attacking Cop With American Flag Called For ‘Death’ To Lawmakers In Capitol)

Five people died in the melee, including Capitol police officer Brian Sicknick and Trump supporter Ashli Babbit. Sicknick died after he was reportedly hit in the head with a fire extinguisher. Babbit died after she was shot trying to enter a barricaded part of the Capitol building. 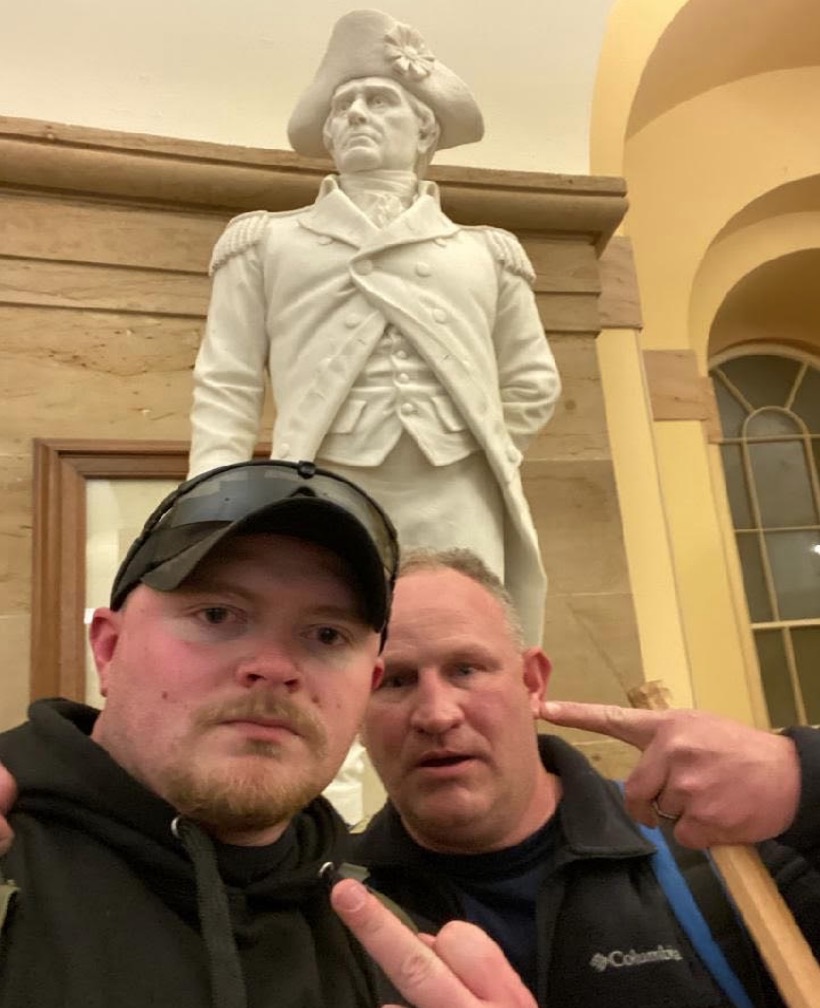 Fracker and Robertson were both arrested on Wednesday in Virginia, according to the U.S. attorney’s office.

The officers were photographed making an obscene gesture in front of a statue in the Capitol building, according to a criminal complaint against them.

Robertson also allegedly remarked on social media that “CNN and the Left are just mad because we actually attacked the government who is the problem and not some random small business.” 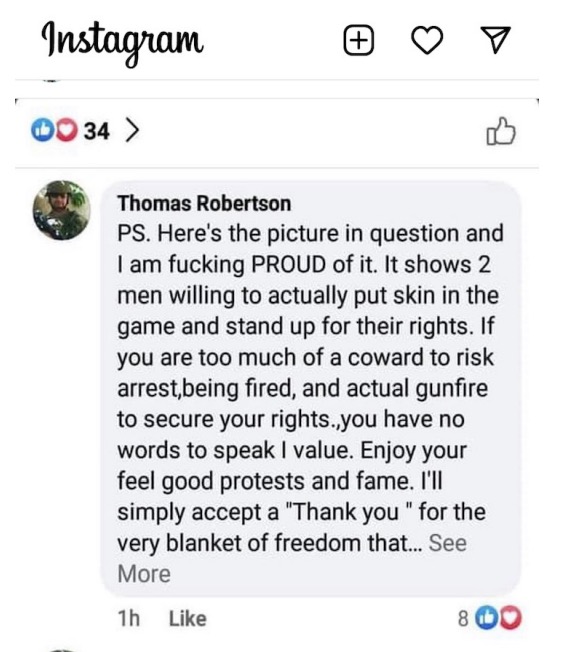 “If you are too much of a coward to risk arrest, being fired, and actual gunfire to secure your rights, you have no words to speak I value,” Robertson wrote on Instagram, according to prosecutors.

Robertson said that he was “willing to put skin in the game.”

Prosecutors have charged dozens of people in connection with the storming of the Capitol.

Federal authorities on Wednesday also arrested a Virginia man, Robert Keith Packer, who was photographed inside the Capitol wearing a “Camp Auschwitz” sweatshirt.