Dershowitz represented Trump in the president’s Senate impeachment trial in 2020, in which he was acquitted of both charges of abuse of power and obstruction. Dershowitz reportedly would not consider joining his legal team for a second time, according to The Boston Globe.

“This is political theater, and I’m neither a politician or an actor, so I don’t see a role for a real lawyer to play in this show,” Dershowitz noted in a phone interview, according to The Boston Globe. 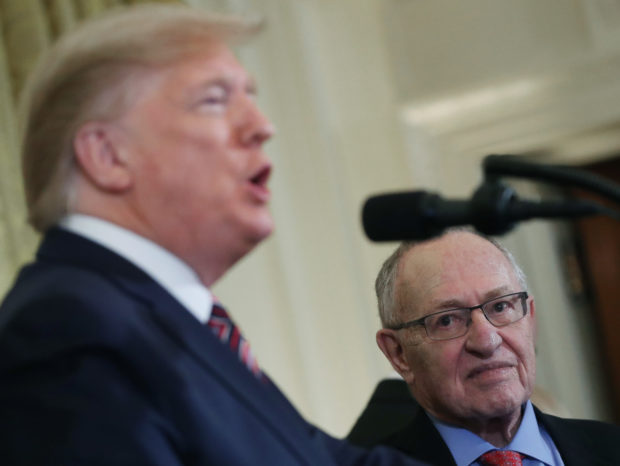 Dershowitz has been outspoken about his disapproval of the impeachment proceedings. (RELATED: Alan Dershowitz Says Trump Impeachment Won’t Make It To Trial)

“While I believe his remarks to his supporters last week were disturbing and a serious mistake, it did not meet the basis for removal under the Constitution,” Dershowitz wrote in The Hill on Thursday, referring to the president encouraging his supporters to go to the Capitol prior to the riots.

Dershowitz has not been asked to join Trump’s legal team yet, according to The Boston Globe.

The House of Representatives voted to impeach Trump for the second time Wednesday. Senate Majority Leader Mitch McConnell said that a fair Senate trial would not be able to take place before the inauguration of President-elect Joe Biden Wednesday, according to The Boston Herald.