The House of Representatives voted Wednesday to impeach President Donald Trump for the second time during his presidency.

Here Are The Ten Republicans Who Voted To Impeach Trump:

Democrats in the House of Representatives introduced at least one article of impeachment against Trump on Monday morning after rioters supporting Trump stormed the U.S. capitol Wednesday, committing acts of vandalism and violence and postponing the electoral college certification process, forcing members of Congress to evacuate the building.

House Majority Leader Steny Hoyer introduced the resolution, which called on Vice President Mike Pence to invoke the 25th Amendment to remove Trump from office, NBC News reported. That resolution was passed by the House Tuesday night, but Pence declined to enact the 25th amendment. 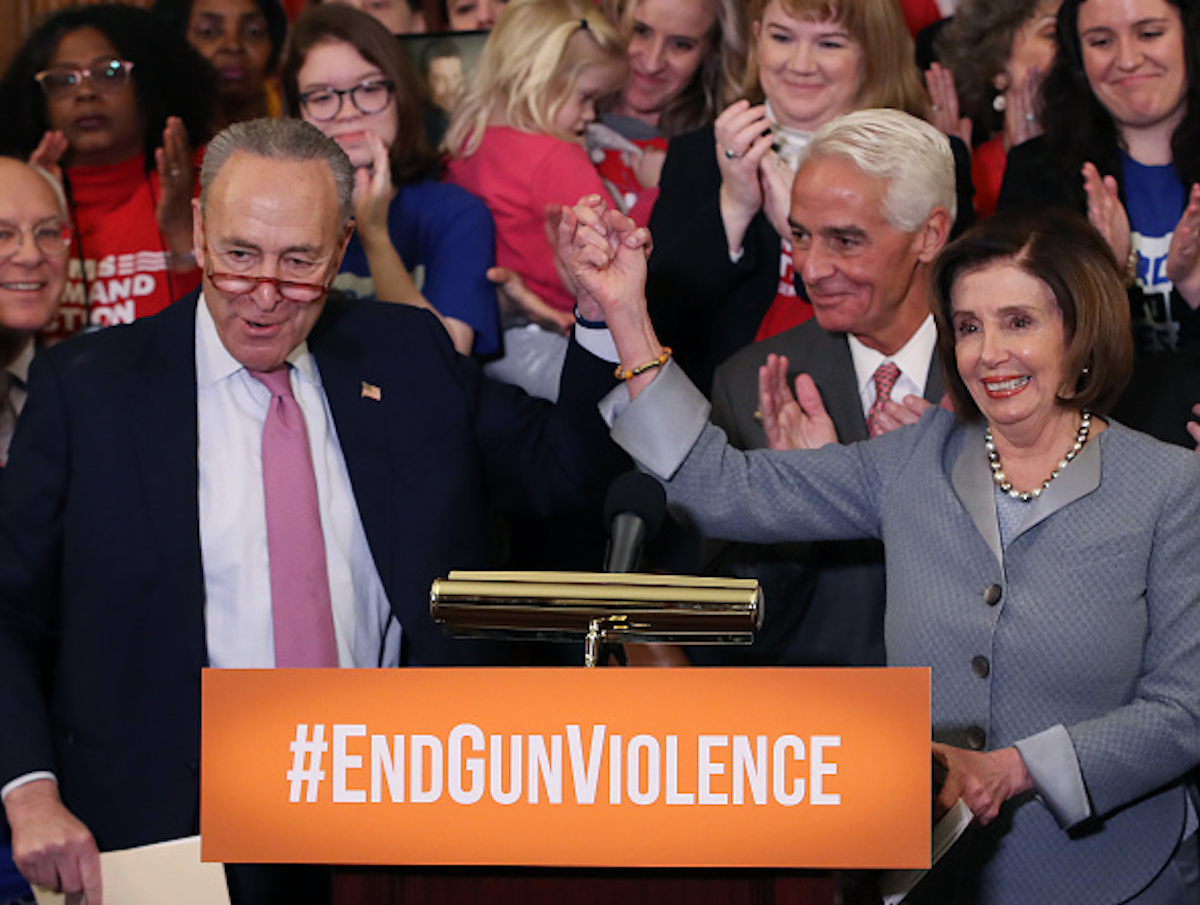 House Speaker Nancy Pelosi (D-CA) (R) and Senate Minority Leader Chuck Schumer (D-NY) participate in a event to mark one year since the House of Representatives passed bipartisan background checks legislation, and to call on Senate Majority Leader Mitch McConnell (R-KY) to finally bring the legislation to the Senate Floor for a vote, at the U.S. Capitol on February 27, 2020 in Washington, DC. (Photo by Mark Wilson/Getty Images)

The house will now have to vote on sending the articles of impeachment to the Senate.