President Joe Biden is planning to send a bill to Congress that includes a pathway to citizenship for immigrants without legal status, signaling that the new administration will provide more opportunities for immigrants to come to the U.S.

Biden will reverse elements of the Trump administration’s restrictive immigration policies, and the anticipation of such actions could create a surge of migrants at the southern U.S. border hoping to gain entry to the country, Mike Howell, an immigration policy expert at the Heritage Foundation, told the Daily Caller.

Biden will also move to preserve the Obama-era Deferred Action or Childhood Arrivals (DACA) program, which shields illegal immigrants who came to the U.S. as children from deportation. 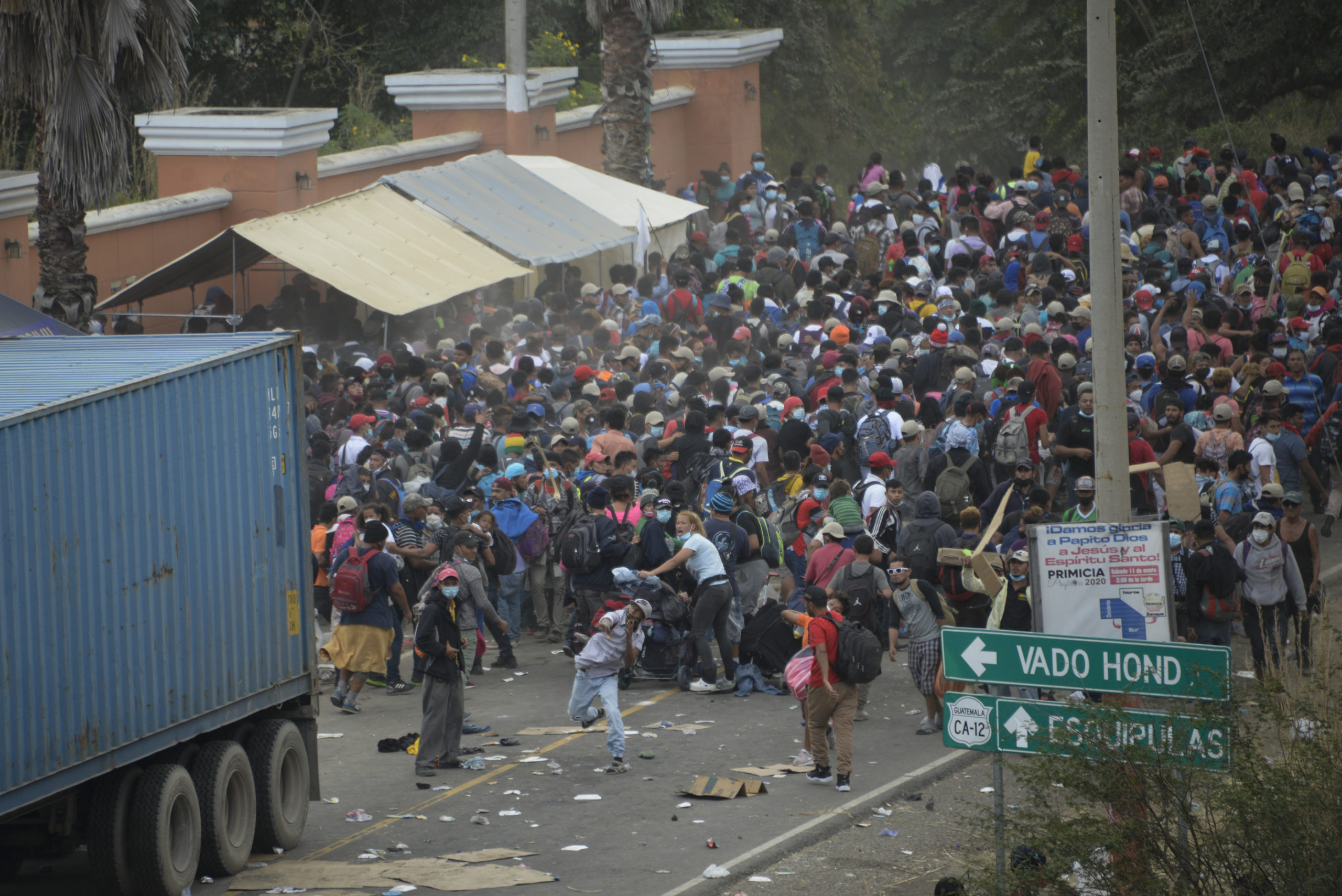 Migrants who arrived in caravan from Honduras on their way to the United States are being dispersed by security forces in Vado Hondo, Guatemala, on January 18, 2021. (Photo by Johan ORDONEZ / AFP) (Photo by JOHAN ORDONEZ/AFP via Getty Images)

“After DACA discussions during the Obama administration, there was a surge. After Biden won the presidency, there has been a surge of caravans on the way,” Howell said. “We underestimate how much these NGOs and those spreading information south of the border to the caravan organizers truly understand American law and our immigration policies.”

Under Biden’s 8-year path to citizenship plan, all illegal immigrants who began living in the U.S. by January 1, 2021 will have a 5-year path to temporary legal status, so long as they pay taxes and pass a background check. Following an additional three years, they would be able to apply for U.S. citizenship. Biden will also sign a presidential memorandum that would preserve DACA.

Other immigration policy changes include a reversal of the travel ban that Trump implemented, which affected several Muslim-majority countries, and a pause on border wall construction, CNN reported.

Howell says the amnesty that the Biden administration is pushing is the “largest in American history.”

Biden may have to contend with increased arrivals at the border soon. An estimated 9,000 Honduran migrants are fleeing conditions in their home country. Nearly 2,000 members of a migrant caravan pushed past Guatemalan authorities Friday, circumventing documentation and COVID-19 screenings while entering Guatemala. The Mexican authorities have deployed troops to stop the arrival of the caravan on its border, which has the goal of reaching the U.S., the New York Times reported. But those that evade security could soon reach the southern U.S. border. 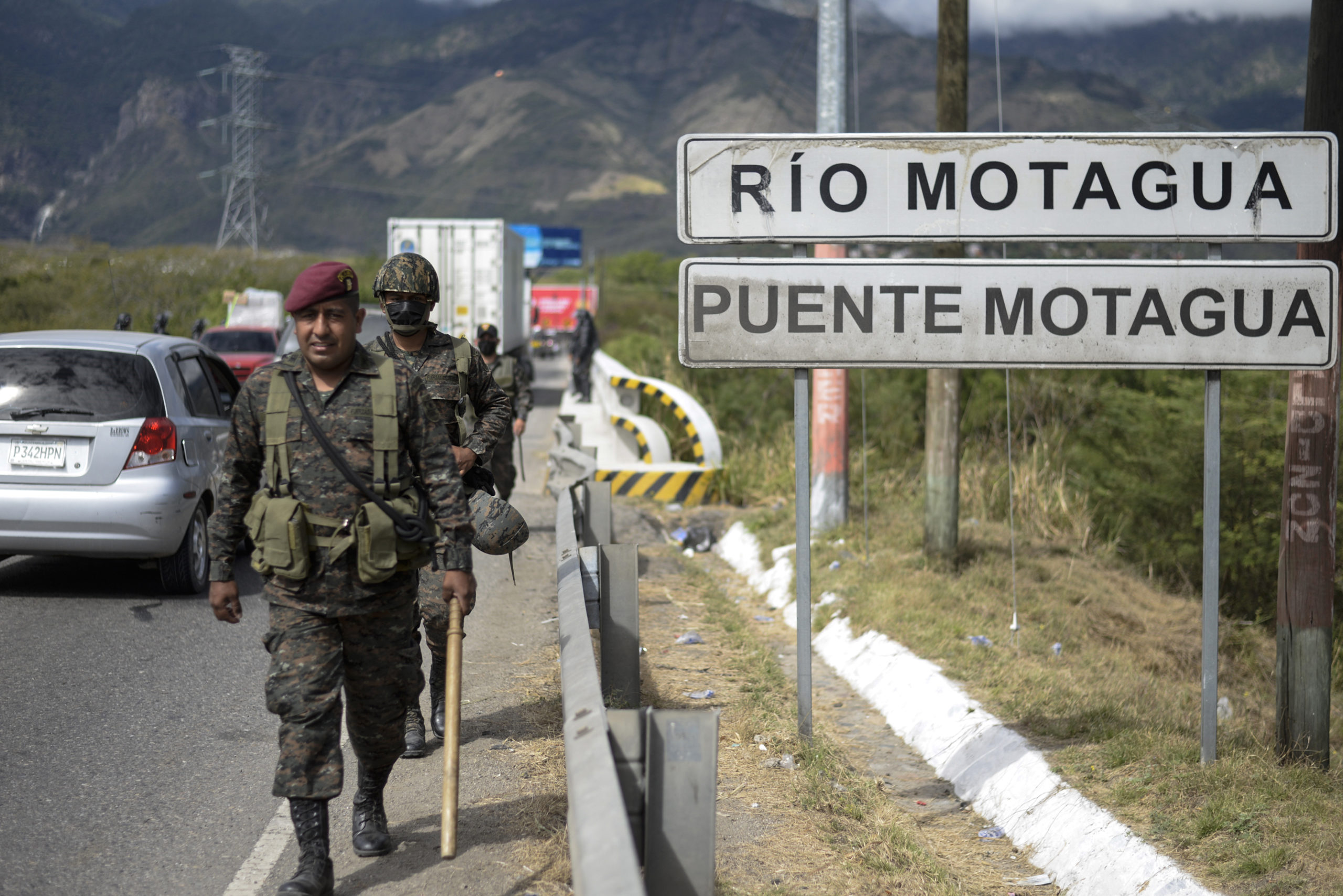 “They’re well aware that the system will be relaxed. Even the rhetoric of saying you will relax consequences and relax border security causes rushes,” Howell said.

The Biden administration has attempted to temper perceptions about its policies, with one unnamed official cautioning migrants that “now is not the time to make the journey.” Biden has said he would not immediately roll back Trump’s asylum restrictions, either, and instead said he would work with Congress to position more judges to hear the backlog of of asylum claims, which could be a several-months long process.

Howell said that more asylum judges won’t address the problem of claims without merit. Currently, he said, too many economic migrants are applying for asylum when the system should prioritize claimants who fear persecution.

Chris Haynes, a professor at the University of New Haven and expert on immigration, explained to the Daily Caller that he’s skeptical that migrants will feel more hopeful of their chances of entering the U.S. now that Biden is president.

“The Biden administration has already signaled to a lot of people in the caravan coming from Honduras to stop and not to come, but if you do come, they’ll process them legally just like everyone else should be,” he said.  “Maybe at the edges it may increase the number of people who think about [coming to the U.S.], but I don’t think so.”

Despite cooling temperatures in December, the number of unaccompanied migrant children arriving at the southern border nearly doubled. Border Patrol agents apprehended 4,764 unaccompanied minors in October, a 540% increase from the 741 apprehensions in April, when lockdowns and other travel restrictions were in place. Agents have discovered dozens of migrants smuggled in horse trailers or hidden floors in trucks. (RELATED: ‘We’re Going To Send A Vast Majority Of You Back’: How Joe Biden Handled A Migrant Crisis In 2014)

The pandemic has made housing migrants arriving at the border more complicated, but the number of people arriving may continue to increase as the warmer months arrive. People claiming they are fleeing persecution and violence could also have better luck getting into the U.S., and with more asylum judges, these claims will be addressed.