President-elect Joe Biden will have several urgent issues to address when he takes office, the most obvious being the coronavirus pandemic.

Biden’s pledge to ease immigration restrictions that the Trump administration put in place has prompted migrant advocates to warn that Biden could face a surge of migrants anticipating an easier entry into the U.S. An estimated 9,000 Honduran migrants are fleeing conditions in their home country. Nearly 2,000 members of a migrant caravan pushed past Guatemalan authorities Friday, circumventing documentation and COVID-19 screenings while entering Guatemala. The Mexican authorities have deployed troops to stop the arrival of the caravan on its border, which has the goal of reaching the U.S., the New York Times reported. But those that evade security could soon reach the southern U.S. border.

In December, the number of unaccompanied migrant children arriving at the southern border nearly doubled. Border Patrol agents apprehended 4,764 unaccompanied minors in October, a 540% increase from the 741 apprehensions in April, when lockdowns and other travel restrictions were in place. Agents have discovered dozens of migrants smuggled in horse trailers or hidden floors in trucks. The pandemic also presents health risks when housing migrants who arrive at the border, an additional complexity that Biden must contend with. (RELATED: Migrant Apprehensions At Southern Border Surge During Pandemic) 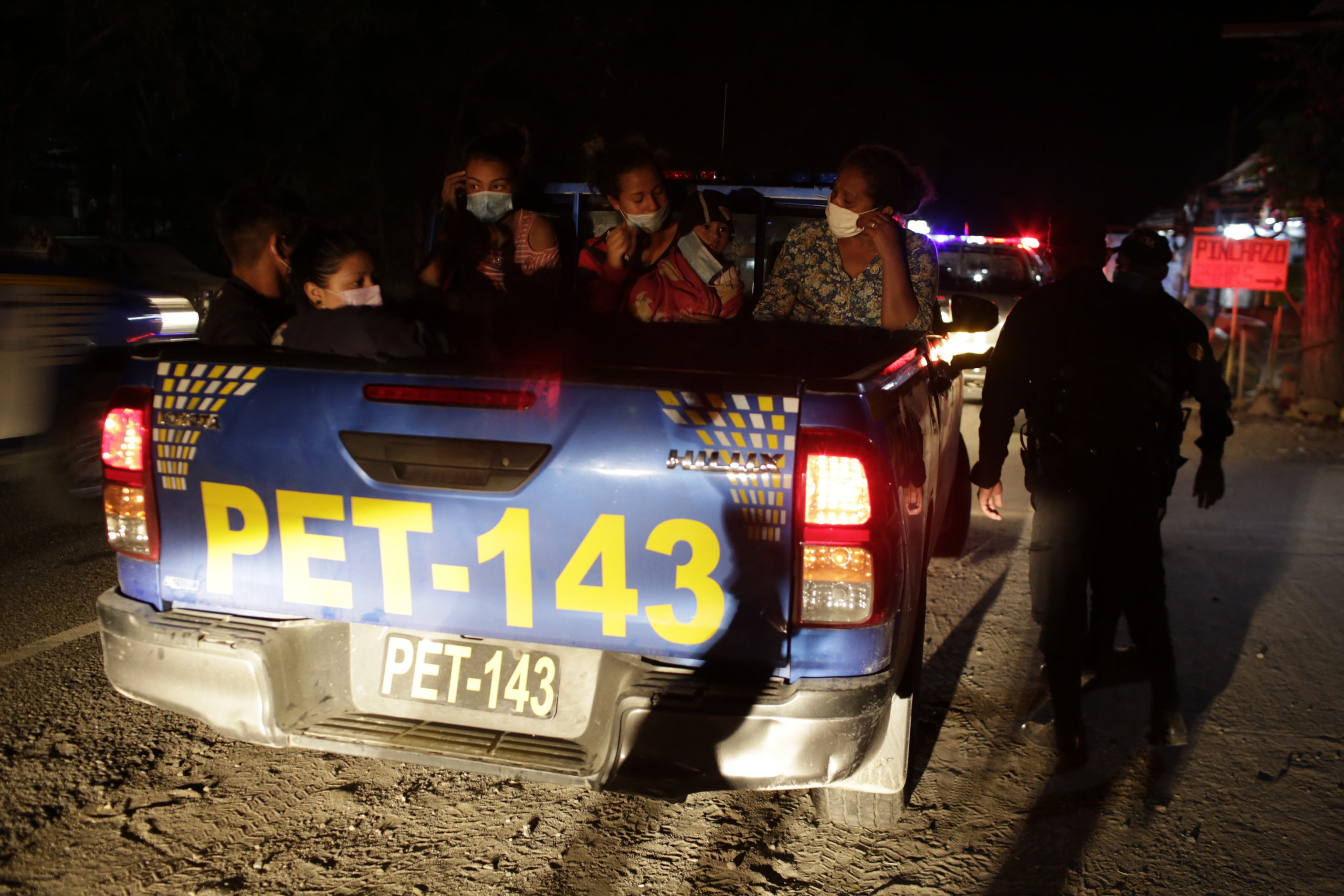 Natural disaster, poverty, and gang violence are often drivers of migration from Central America, and the pandemic has only intensified the impact of these factors.

Biden has promised to end the Trump administration’s strict immigration policies, and his plan includes an immediate path to citizenship for participants of the Deferred Action for Childhood Arrivals (DACA) program and cutting down the amount of time it takes to get citizenship.

During Biden’s tenure as Vice President in the Obama administration, he had to contend with a crisis that developed at the southern border where there was a surge of unaccompanied children in spring and summer of 2014.

During fiscal year 2014, more than 68,500 unaccompanied children were apprehended at the southern border, a 77% increase when compared to the previous year, Vox reported. There was also a surge in the number of parents arriving with young children, overwhelming the systems the U.S. had in place to manage migrant children. Due to the lack of space Border Patrol kept children in temporary facilities on military bases. 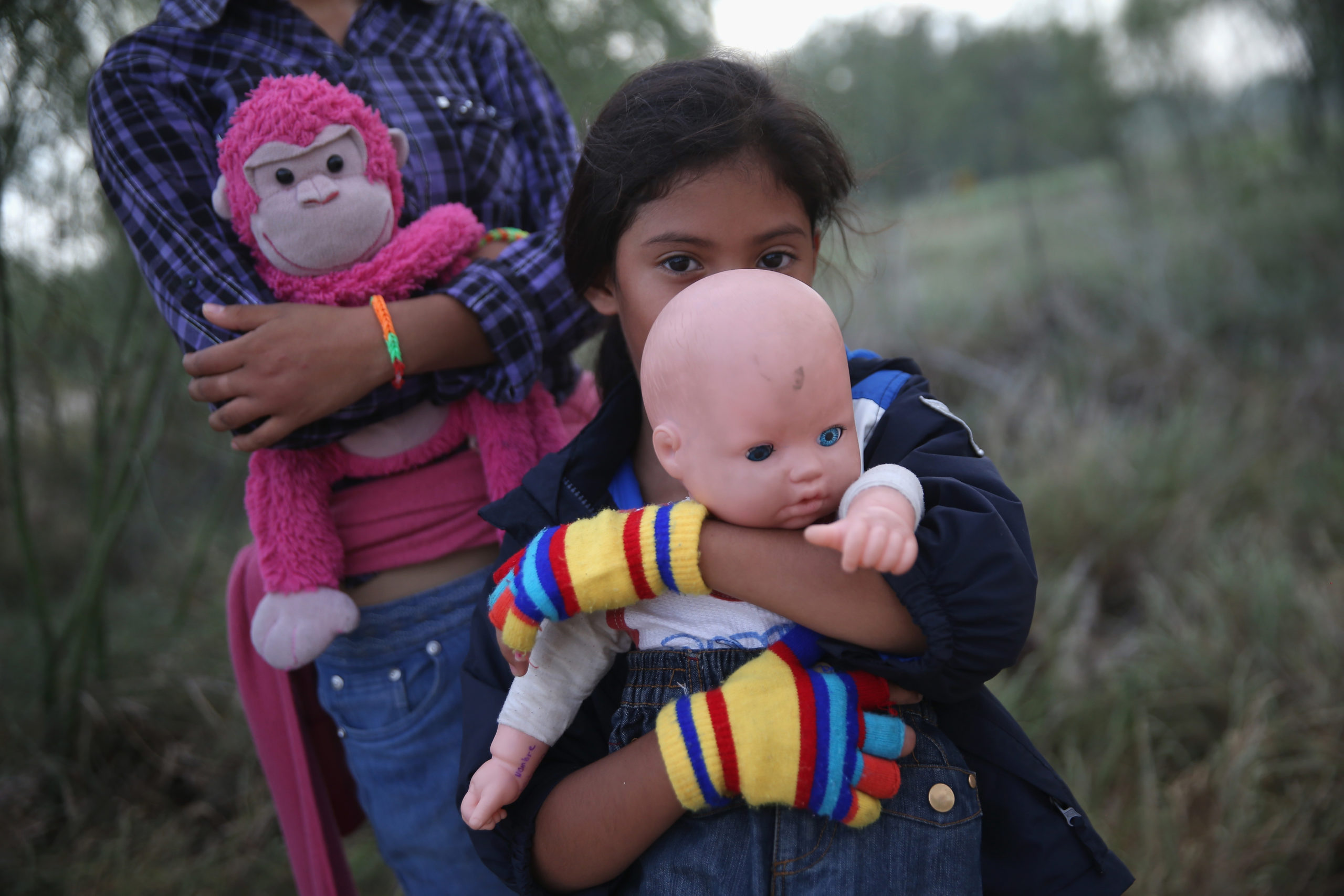 MISSION, TX – JULY 24: Salvadorian immigrant Stefany Marjorie, 8, holds her doll Rodrigo after crossing the Rio Grande from Mexico into the United States with her family on July 24, 2014 near Mission, Texas. (Photo by John Moore/Getty Images)

Among the reasons that migrants decided to take the dangerous journey to the U.S. was a perceived generosity by the U.S. government toward children who arrived alone at the U.S. and were given extra protection. Parents may have chosen to send their children for this reason. Once the number of people reaching the border hit crisis levels, however, Obama and Congress expressed interest in scaling back the protections, although no change was ultimately made, according to Vox.

Biden made visits to Central America during the crisis, where he emphasized that children shouldn’t come to the U.S. because they wouldn’t be eligible for DACA, which gave temporary protection from deportation.

“Finally and critically, all of us in our meetings today agreed to work to counter and correct the misinformation smugglers are propagating about U.S. immigration policy, and discourage families from sending their children on this perilous journey.”

To discourage families from coming to the U.S. or sending their kids on the dangerous trek from Central America, the U.S. government also paid for advertising in these countries to inform families about the perilous journey, and to tell them that families were not broadly eligible for legal status, according to Vox.

The Obama administration used some of the Trump administration’s tactics in handling the migrant surge in 2014, NPR reported. Migrant children were not only held in temporary camps on military bases, but the administration also pushed for long-term detention of migrant families awaiting decisions on asylum cases, which federal courts blocked. The Obama administration spent billions to expand the network of shelters, which at the time, was built for 8,000 kids, not the 50,000 that border officials were tasked with housing during the crisis in 2014. 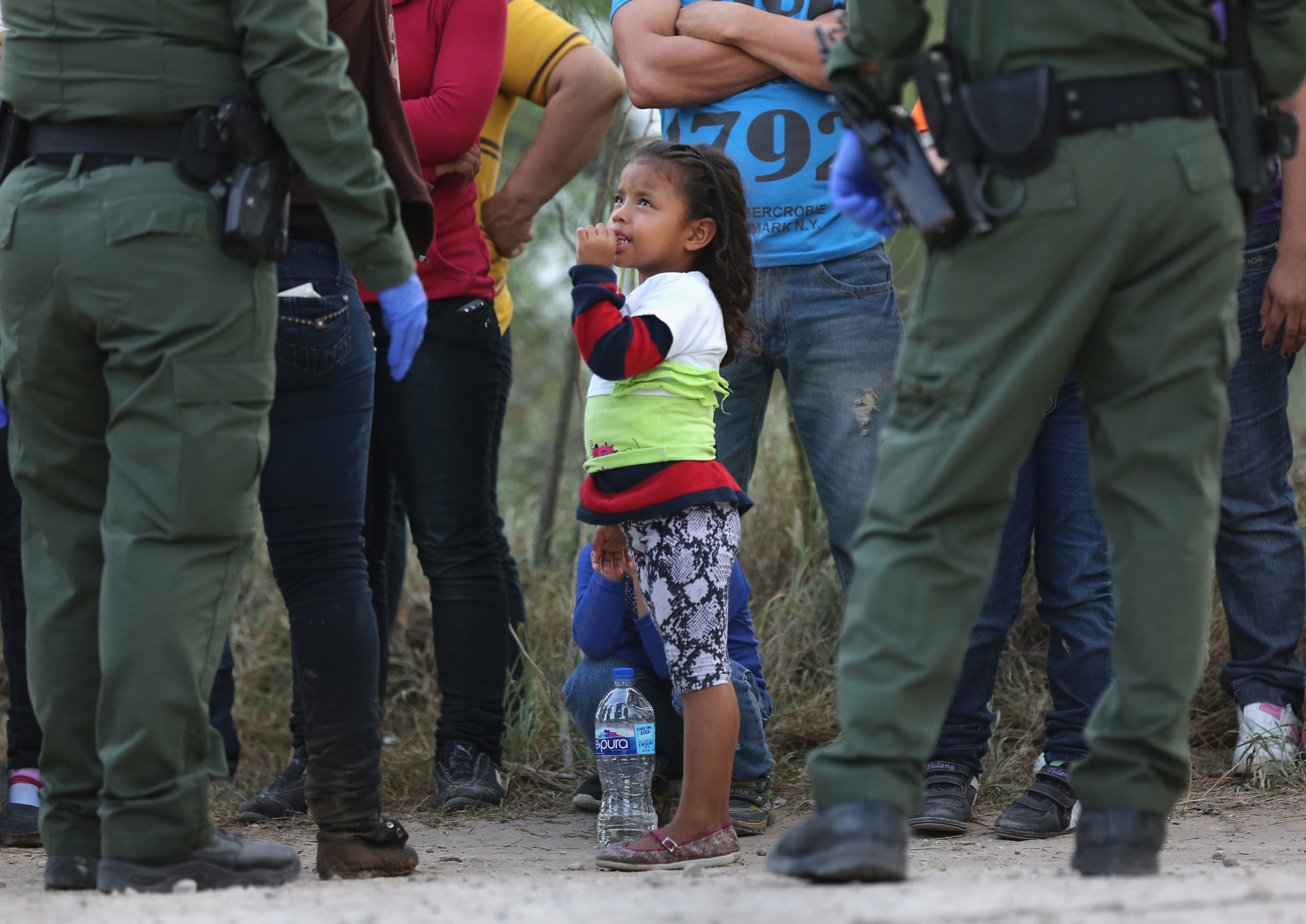 Children arriving at the southern border had to prove that they feared persecution or trafficking to be allowed to stay in the U.S., or else they were returned to their country of departure. However, in practice, many children who were in danger were returned to Mexico under the Obama administration during the surge in 2014, according to Vox. The U.S. also helped the Mexican government apprehend migrants on their way to the southern border, which may have contributed to a dip in border arrivals in the late summer of that year.

Although Biden has been preparing for new arrivals of migrants, policies implemented during the Trump administration will also take time to roll back. The Department of Homeland Security has been preparing for an increase in migrants at the southern border, but an unnamed Biden official has reportedly said that while there is help on the way, “now is not the time to make the journey.”