Just one week into his presidency, Joe Biden has already taken numerous steps to implement part of his agenda. But one potential consequence has been the loss of jobs.

While Biden’s intentions were undoubtedly not to lose any jobs, a series of executive orders and proclamations are set to cause just that.

Officials in New Mexico have grown increasingly worried that Biden’s announcement of a temporary 60-day suspension of new oil and gas leasing and drilling permits on U.S. lands and waters will have devastating effects on the economy.

Republicans in the state, along with local leaders in the Permian Basin areas– one of the regions most productive areas– are worried that the suspension of new permits could strip jobs and cripple the economy, as half of New Mexico’s production happens on federal land and generates hundreds of millions of dollars in royalties each year, according to the Associated Press (AP).

“During his inauguration, President Biden spoke about bringing our nation together. Eliminating drilling on public lands will cost thousands of New Mexicans their jobs and destroy what’s left of our state’s economy,” Carlsbad Mayor Dale Janway told the AP. “How does that bring us together? Environmental efforts should be fair and well-researched, not knee-jerk mandates that just hurt an already impoverished state.”

Even Utah officials have asked the Biden Administration to reconsider the rule, which they deemed to be arbitrary, according to the AP.

Industry groups also said that the order severely limits their activities and doesn’t target climate change in a nuanced way, according to the report.

Biden has already terminated the Keystone KL Pipeline and has directed agencies to review more than 100 Trump-era actions on the environment.

The Keystone XL Pipeline would run oil from Canada, and the suspension is estimated to cost roughly 11,000 jobs, more than half of which were union, according to TC Energy. 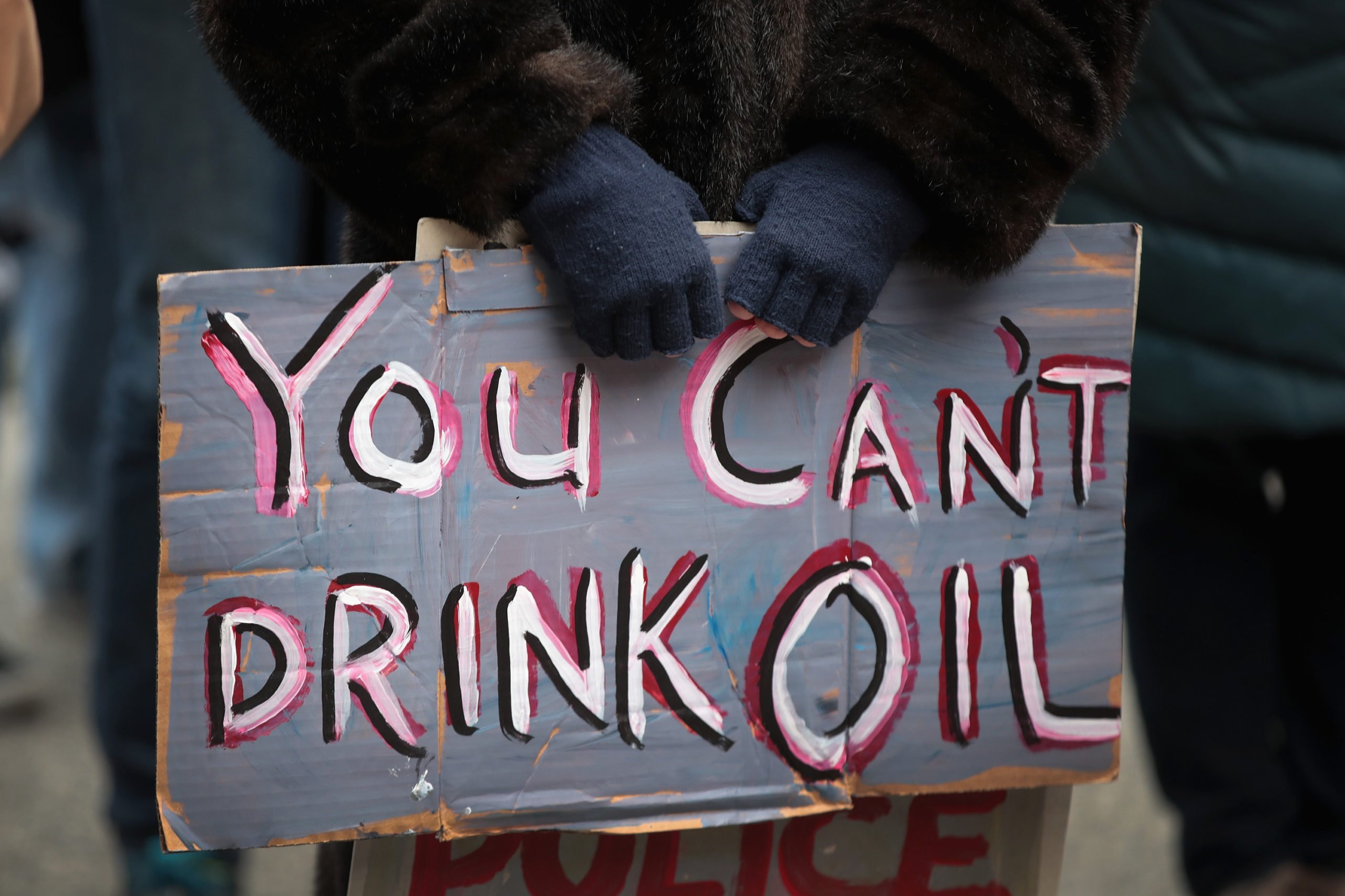 CHICAGO, IL – FEBRUARY 04: Demonstrators rally downtown before marching to Trump Tower while protesting the construction of the Dakota Access pipeline on February 4, 2017 in Chicago, Illinois. (Photo by Scott Olson/Getty Images)

Estimates, however, also indicate that a majority of the jobs set to be lost with the scrapping of the pipeline were temporary jobs, according to WRAL.

The State Department released a report in 2014 that found while construction would create jobs, most would be temporary and last for up to a two-year construction period. Nonetheless, “employment supported by construction of the proposed Project would translate to approximately $2.05 billion in employee earning.”

Biden also signed an executive order that orders the director of the Office of Personal Management (OPM) to provide Biden with “recommendations to promote a $15/hour minimum wage for Federal employees.” (RELATED: Biden Says Senate Impeachment Trial ‘Has To Happen’)

The plan would boost the federal minimum wage from $7.25 to $15 an hour. There are approximately 2.1 million civilian workers, according to OPM data.

While this executive order specifies hiking the minimum wage for federal employees, Biden has made it clear he supports raising the federal minimum wage in the past, which would affect all workers, according to CNBC.

“There should be a national minimum wage of $15 an hour,” Biden said, according to CNBC. “Nobody working 40 hours a week should be living below the poverty line.”

The Congressional Budget Office (CBO) estimates that while raising the federal minimum wage would “raise the earnings and family income of most low-wage workers, lifting some families out of poverty” it “would cause other low-wage workers to become jobless, and their family income would fall.”

The report does note, however, that consumers would bear the burden of hiking the minimum wage.

“All consumers would pay higher prices, but higher-income families, who spend more, would pay more of those costs. And the cost of effects on the overall economy would generally accrue to families in proportion to their income, which means they would largely be absorbed by families with income well above the poverty threshold.”

While higher-income families may spend more, low-income workers are also consumers and for those who could potentially lose their job over the minimum wage hike, a rise in prices could be disastrous.

Further, NBC reports that big corporations like fast-food chains and places like Walmart would bear the brunt of the economic hit. Those same companies employ thousands of low-income workers.

But when employers are forced to pay more, they tend to hire workers with more skills or turn to technology, such as self-checkout and self-service, to reduce costs, according to PBS.

A 2014 report from the National Bureau of Economic Research (NBER) found that those affected by the minimum wage increases are usually low-income and low-skilled workers.

“While the wage distribution of low-skilled workers shifts as intended, the estimated effects on employment, income, and income growth are negative,” the NBER found. “We infer from our employment estimates that minimum wage increases reduced the national employment-to-population ratio by 0.7 percentage points between December 2006 and December 2012. As noted above, this accounts for 14 percent of the national decline in the employment-to-population ratio over this period.”