Leahy, 80, was not feeling well, according to a statement from his office, and was examined by the attending physician. Leahy’s spokesperson, David Carle said out of an abundance of caution, the attending physician recommended that he be taken to a local hospital for observation, where he is now, and where he is being evaluated,” The Hill reported. 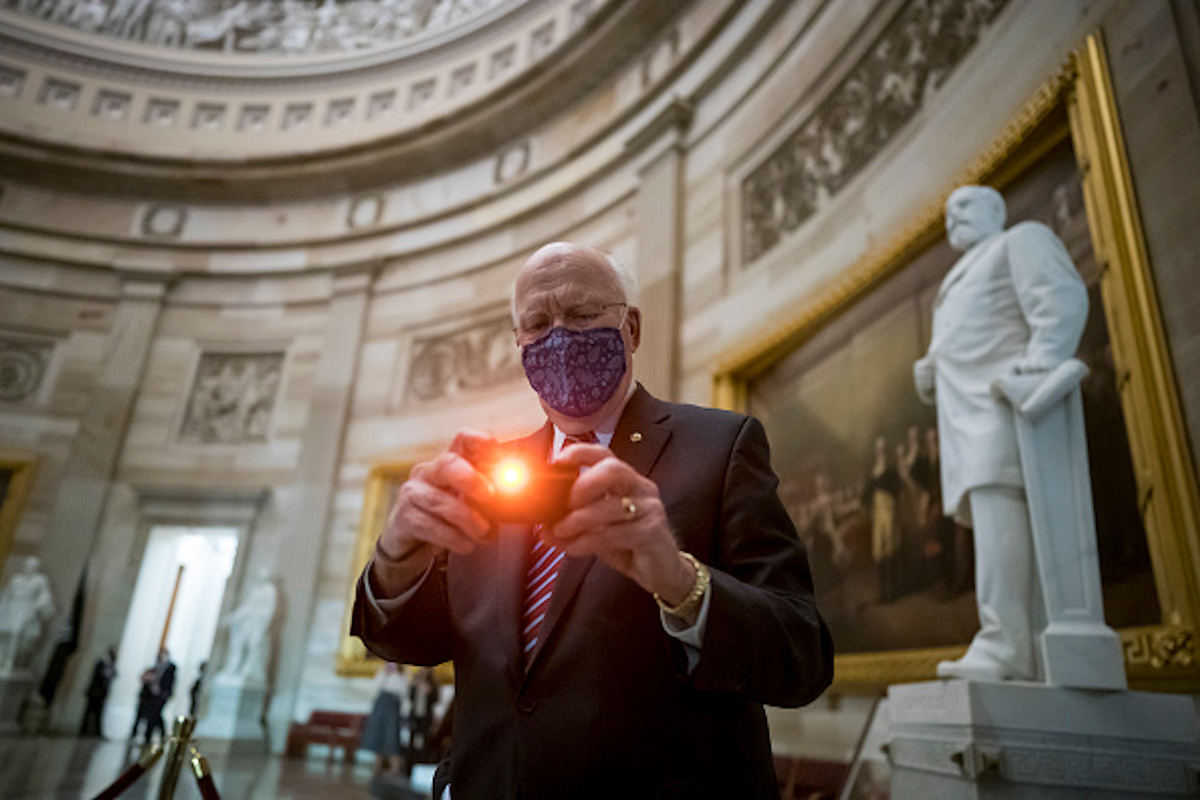 Sen. Patrick Leahy (D-VT) the president pro tempore of the Senate, pauses to take a snapshot of journalists in the Rotunda as he waits for Clerk of the House Cheryl Johnson to deliver the article of impeachment to the Senate on Capitol Hill on January 25, 2021 in Washington DC. (Photo by J. Scott Applewhite-Pool/Getty Images)

“When I preside over the impeachment trial of former President Donald Trump, I will not waver from my constitutional and sworn obligations to administer the trial with fairness, in accordance with the Constitution and the laws,” Leahy said in a statement.

Leahy was released from the hospital later Tuesday evening.

“After getting test results back, and after a thorough examination, Senator Leahy is now home,” Carle added in a statement later Tuesday. “He looks forward to getting back to work.”