President Joe Biden’s nominee to serve as deputy attorney general helped prosecute a black man who was sentenced to 27 years in prison for selling $20 worth of heroin to an undercover police officer. The government dropped charges against the man’s co-defendant as part of a plea deal, court records show.

Lisa Monaco, who Biden tapped for the Justice Department position, was one of the assistant U.S. attorneys who prosecuted a case in 2003 against Reginald C. Steward, a Washington, D.C. man who was charged following an undercover drug bust.

Steward was arrested in Washington, D.C. on Aug. 20, 2002 and was charged with unlawful distribution of heroin, according to court records.

He was convicted at a jury trial on April 16, 2003, and was sentenced to 27 years in prison. An appeals court in 2007 upheld Steward’s conviction, but noted that the evidence presented against him at trial wasn’t “overwhelming.”

But Steward’s co-defendant, who physically conducted the drug exchange with the undercover police officer, had his charges dropped after he pleaded guilty to drug possession in another case. Court records for the man, Bobby Praylow, show that he received a 12-month jail sentence.

Monaco, whose most recent government position was as homeland security adviser to then-President Barack Obama, disclosed her work on Steward’s case in her written responses to questions from the Senate Judiciary Committee as part of her confirmation process to the Justice Department position.

“Defendant was convicted of unlawful distribution of heroin after a jury trial,” Monaco wrote in her disclosure.

“The government utilized expert testimony regarding the practice of drug distribution operations and eyewitness testimony,” she wrote. “The defendant was sentenced to 27 years of incarceration, with all but 180 months sentence suspended.”

Monaco did not give more detail about what role she played on the case. She forwarded a request for comment to the Department of Justice. A spokesman for the agency was unable to provide information about the case prior to publication of this article and did not offer comment. The White House also did not respond to a request for comment.

Monaco’s work on the case has not been previously reported, though she also disclosed it to the Senate Intelligence Committee in 2011 when she was nominated to serve as assistant attorney general for national security in the Obama administration. Monaco was not asked about her involvement in the Steward case during that confirmation hearing, and it has not received media coverage.

A date has not been set for a hearing for Monaco’s confirmation to the deputy assistant general position.

Monaco touted her work as an assistant federal prosecutor in her acceptance speech.

“I worked directly with communities and victims of crime, and I felt the weight of a prosecutor’s responsibility to ensure, not that cases are won, but that justice is done and that each individual defendant’s rights are protected,” she said.

Monaco made a name for herself in the Justice Department as a member of the Enron task force, which prosecuted executives from the energy giant in one of the biggest accounting frauds in U.S. history.

As much as Monaco and the Justice Department have touted the prison sentences handed down in the landmark case, none were as harsh as the one given to Steward.

Monaco was a co-lead prosecutor in cases against Ken Rice, Enron’s chief operating officer and Kevin Hannon, the company’s co-CEO. She said in her Senate responses that she helped negotiate plea deals that led to prison sentences of 27 month and 24 months for Rice and Hannon, respectively. 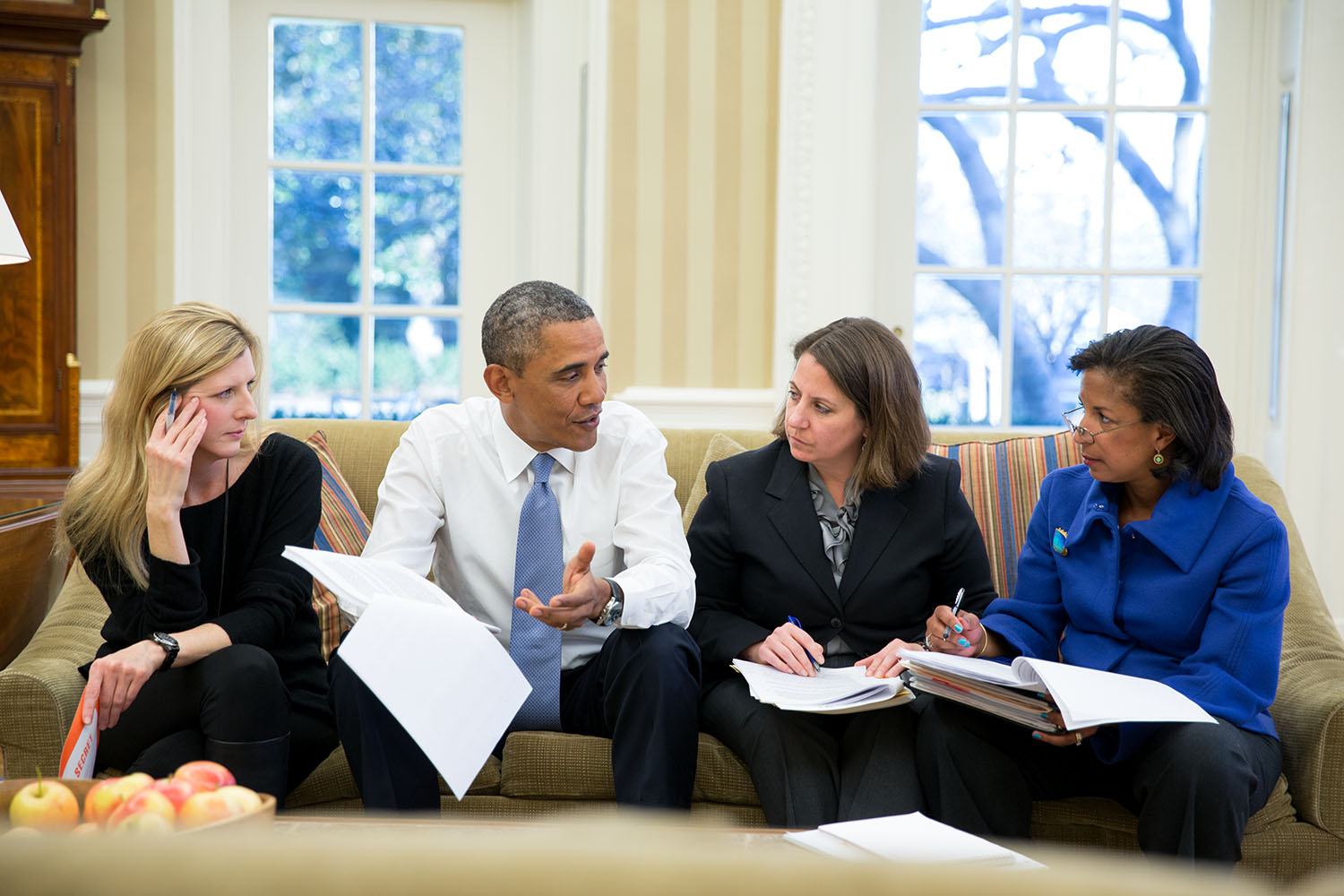 Monaco also worked on the case against Enron CEO Jeffrey Skilling, who was sentenced to 24 years in prison for his role in the accounting fraud, according to her Senate disclosure. Skilling served just over 12 years of his sentence.

While Biden would have had no involvement in the Steward case, he has been dogged by allegations that anti-crime and anti-drug bills he sponsored during his Senate career have led to excessive prison sentences for non-violent offenders.

Biden came under scrutiny during the Democratic primaries for his sponsorship of the Anti-Drug Abuse Act of 1986, which created sentencing disparities for the sale of cocaine versus crack. Criminal justice reform advocates have asserted that stiffer penalties for crack dealing led to disproportionately longer prison sentences for poor people and minorities because of the higher prevalence of crack in their communities. (RELATED: Joe Biden Says ‘Three Strikes’ Law Did Not Imprison More People)

The Anti-Drug Abuse Act of 1988, which Biden also co-sponsored, strengthened prison sentences for drug possession, according to Vox.

Steward may have had previous drug felonies, which could explain why prosecutors sought a harsh sentence against him in 2003.

Legal filings for Steward’s 2003 case were not immediately available, so it is not clear whether any previous felonies factored into his 27 year sentence. The D.C. superior court told the Daily Caller News Foundation that records for a case as old as Steward’s would take weeks to process.

Steward served just over 13 years of his prison sentence. Records from the Bureau of Prisons records show he was discharged on Oct. 31, 2016, when he was 54 years old. He applied for early release from prison in 2013 for good behavior but was denied, according to records from the Washington, D.C. superior court.

Details of Steward’s 2003 case are laid out in an appeal he filed in the Washington, D.C. Court of Appeals in 2007 seeking to overturn his conviction or to have a new trial in Washington’s superior court.

Monaco said in her disclosure that she split time between cases in the U.S. federal court in Washington and on violent and drug crimes filed in the city’s superior court.

Perhaps the most glaring disparity in Steward’s case is the difference in punishment for Steward and Praylow, his co-defendant.

Steward and Praylow were arrested after Praylow sold the $20 in heroin to Clarence Brooks, an undercover Washington, D.C. police officer, according to the appeals court opinion.

During the sting, Brooks asked Praylow for two dime bags of heroin, worth $20. Praylow took the money and walked up to a group of people, one of whom Brooks identified as Steward, the court filing says.

Brooks, who testified he was 15 to 20 feet away from the transaction, said he heard Praylow say “two” before a man he later identified as Steward bent over to pick up two ziplock bags laying on the ground. Brooks said the bags contained a white powder.

Steward and Praylow were arrested after another police officer who was monitoring the sting operation followed and arrested them, according to the appeals court document.

Brooks identified Steward and Praylow as the same two men involved in the drug deal. Officers found $14 in cash in Steward’s pockets, the appellate court document says, but no drugs.

The trial court relied almost solely on Brooks’ testimony to link Steward to the drug deal. The appellate court did not raise issue with any of Brooks’ testimony, but the filing noted that other witnesses, including Praylow, claimed to have evidence that Steward may not have taken part in the drug exchange.

Three women, including Steward’s mother, testified at his trial that they were speaking with Steward at the time of the drug deal and did not see him walk to a fence where police say the transaction occurred, according to the appellate court.

Steward filed an appeal on April 21, 2004, asserting that his attorney failed to speak with Praylow, his co-defendant, who offered to provide exculpatory evidence. The appellate filing said Praylow signed an affidavit that he “never received drugs or money” from Steward and that he conducted the drug deal with Brooks, the undercover cop.

Steward filed one appeal seeking a reversal of his conviction due to lack of evidence. Another appeal sought a new trial on the basis that Steward received ineffective legal advice.

“Nor, in our judgment, was the evidence against appellant actually overwhelming,” the appellate court ruling says.

The court noted that the jury at Steward’s trial submitted a question during deliberations “about whether someone else might have been dressed in clothing similar to appellant’s and whether police had kept a steady eye on appellant before his arrest.”

Steward could not be reached for comment. His attorney during his trial, Walter S. Booth, died in 2012.