“President Biden pledged to keep the American people safe from nuclear threats by restoring U.S. leadership on arms control and nonproliferation,” Blinken wrote in a statement. “Extending the New START Treaty ensures we have verifiable limits on Russian ICBMs, SLBMs, and heavy bombers until February 5, 2026. The New START Treaty’s verification regime enables us to monitor Russian compliance with the treaty and provides us with greater insight into Russia’s nuclear posture, including through data exchanges and onsite inspections that allow U.S. inspectors to have eyes on Russian nuclear forces and facilities.” 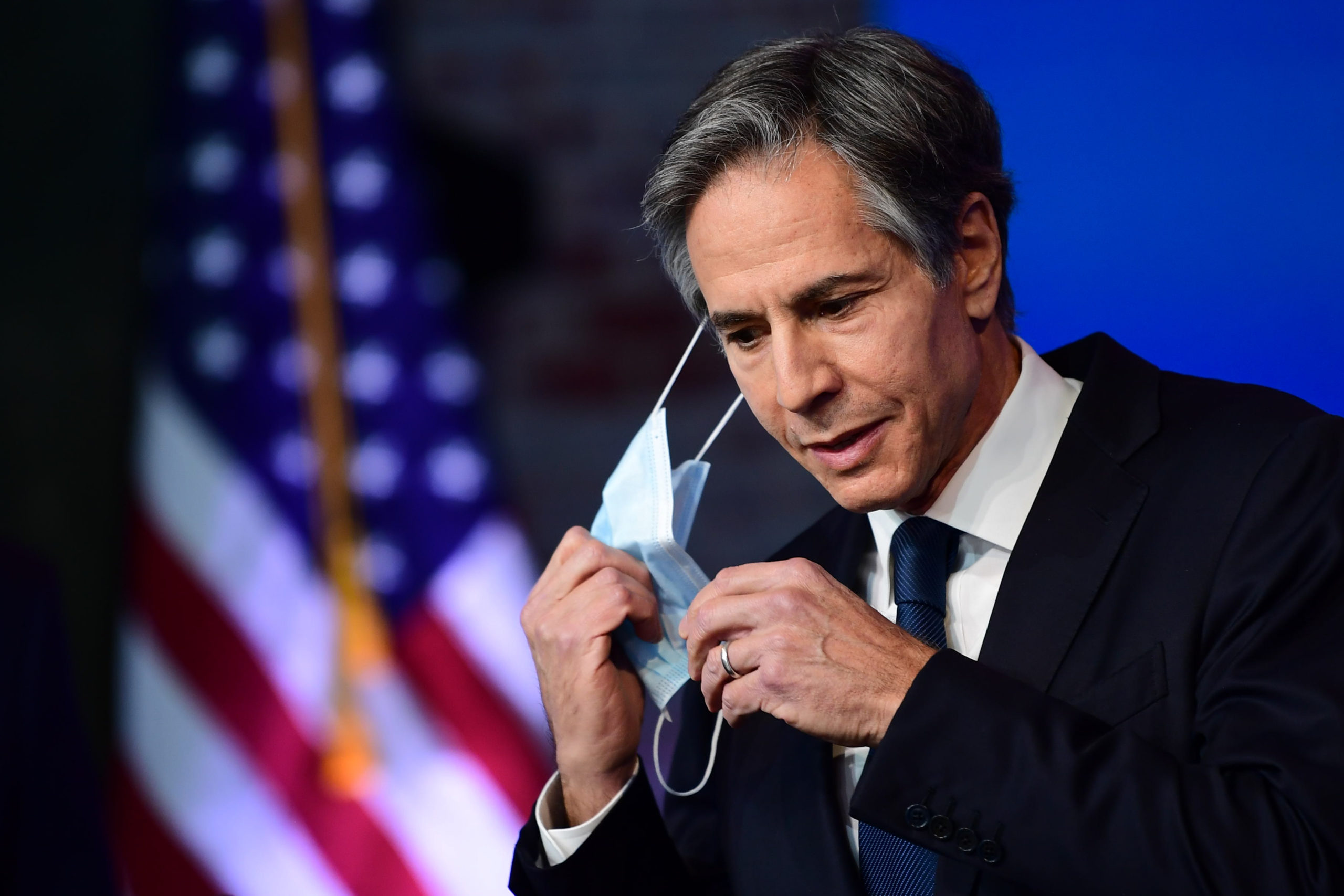 WILMINGTON, DE – NOVEMBER 24:  Secretary of State nominee Antony Blinken removes his face mask due to the coronavirus (COVID-19) pandemic before speaking after being introduced by President-elect Joe Biden as he introduces key foreign policy and national security nominees and appointments at the Queen Theatre on November 24, 2020 in Wilmington, Delaware. As President-elect Biden waits to receive official national security briefings, he is announcing the names of top members of his national security team to the public. Calls continue for President Trump to concede the election as the transition proceeds. (Photo by Mark Makela/Getty Images)

Blinken claimed that Wednesday’s announcement “is only the beginning of our efforts to address 21st century security challenges.” (EXCLUSIVE: Kevin McCarthy Says Biden Admin’s Attempt To Extend Nuclear Weapons Treaty With Russia Is A ‘Mistake’)

“We will also pursue arms control to reduce the dangers from China’s modern and growing nuclear arsenal,” he continued. “The United States is committed to effective arms control that enhances stability, transparency and predictability while reducing the risks of costly, dangerous arms races.”

“Even as we work with Russia to advance U.S. interests,” she stated during a January press briefing, “so, too, we work to hold Russia to account for its reckless and adversarial actions.”

The secretary of state and other G7 foreign ministers released an additional statement Wednesday morning.

The Biden administration “knows that Russia’s non-strategic nuclear weapons overwhelmingly outnumber the ones in our own arsenal and that China is rapidly growing their nuclear capabilities, but instead of negotiating a better treaty and bringing China to the negotiating table, the Biden Administration settled for an agreement that weakens our own country while it emboldens two of our top adversaries. Any time an Administration takes action that pleases both Moscow and Beijing, we should take notice,” McCarthy added in a new statement to Daily Caller. “This is not the time to capitulate to Russia and China. We must make America stronger and competitive to make sure the next century is ours. This decision from the Biden Administration is not in the best interest of the United States, and jeopardizes our standing as the global superpower.”