President Joe Biden on Thursday said that he had been “shot at” while overseas, resurfacing a claim he first made during the 2008 presidential race.

He did not expand on his remarks, made while speaking to diplomatic aides at the State Department. He also announced during his speech that the United States would end its support for Saudi Arabia’s war in Yemen and freeze the withdrawal of U.S. troops from Germany, both major reversals from the Trump administration.

“You have great personal courage. I’ve been with some of you when we’ve been shot at,” Biden told the State Department aides.

Biden first made the claim during a 2007 Democratic primary presidential debate, where he said that he had been “shot at” inside Baghdad’s Green Zone.

“Number one, you take all the troops out – you better have helicopters ready to take those 3,000 civilians inside the Green Zone, where I have been seven times and shot at,” he said. “You better make sure you have protection for them, or let them die.” (RELATED: Biden Says He Won’t Immediately Withdraw Troops From The Middle East) 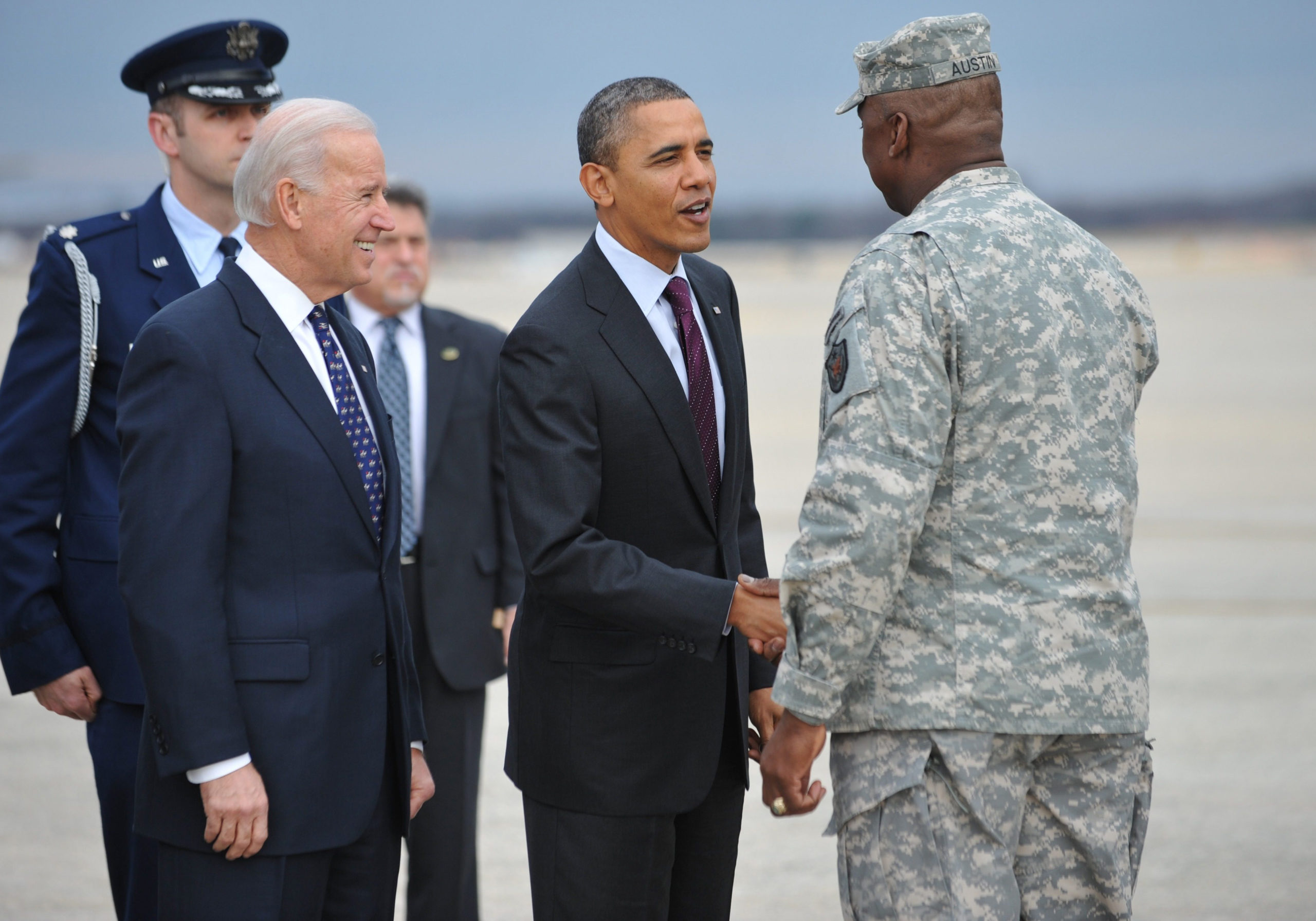 US President Barack Obama, and Vice President Joe Biden take part in a ceremony to mark the return of the US Forces – Iraq colors December 20, 2011 at Andrews Air Force Base in Maryland. (MANDEL NGAN/AFP via Getty Images)

He later walked back his remark, saying that he was “near where a shot landed” while visiting the Green Zone in 2005. He also said that been in near-shooting instances on three separate occasions, including one where a shot landed outside a building where he and other senators were located.

“No one got up and ran from the room – it wasn’t that kind of thing,” Biden then said. “It’s not like I had someone holding a gun to my head.”

Biden aides told The Hill at the time that in 2005, a bullet narrowly missed the helicopter that he was in while traveling from Baghdad’s airport to the Green Zone, and that in 2004 a cargo plane that Biden was in had its anti-missile system triggered, meaning that the plane had been shot by a surface-to-air missile.

The claim was not Biden’s first that was at least slightly exaggerated. He has also had to walk back claims regarding his participation in the Civil Rights Movement and his rank among his fellow students in his law school class, according to the New York Times.

The Biden administration did not immediately respond to a request for comment.