A law in Oregon gives law enforcement officials the clearance to arrest peaceful demonstrators who are participating in activities protected by the First Amendment, the Associated Press reported Tuesday.

The law states that when five or more people are participating in a demonstration that is declared unlawful assembly officials have to arrest them if they do not immediately leave the area after orders to disperse are issued.

Democratic State Rep. Janelle Bynum introduced a bill to repeal the statute to the Oregon Legislative Assembly Monday. The bill would revoke law enforcement’s authority to order people to disperse from a location.

“What I, in particular, fight for is for my kids to be able to attend demonstrations without fear of something happening to them,” Bynum said, the AP reported. 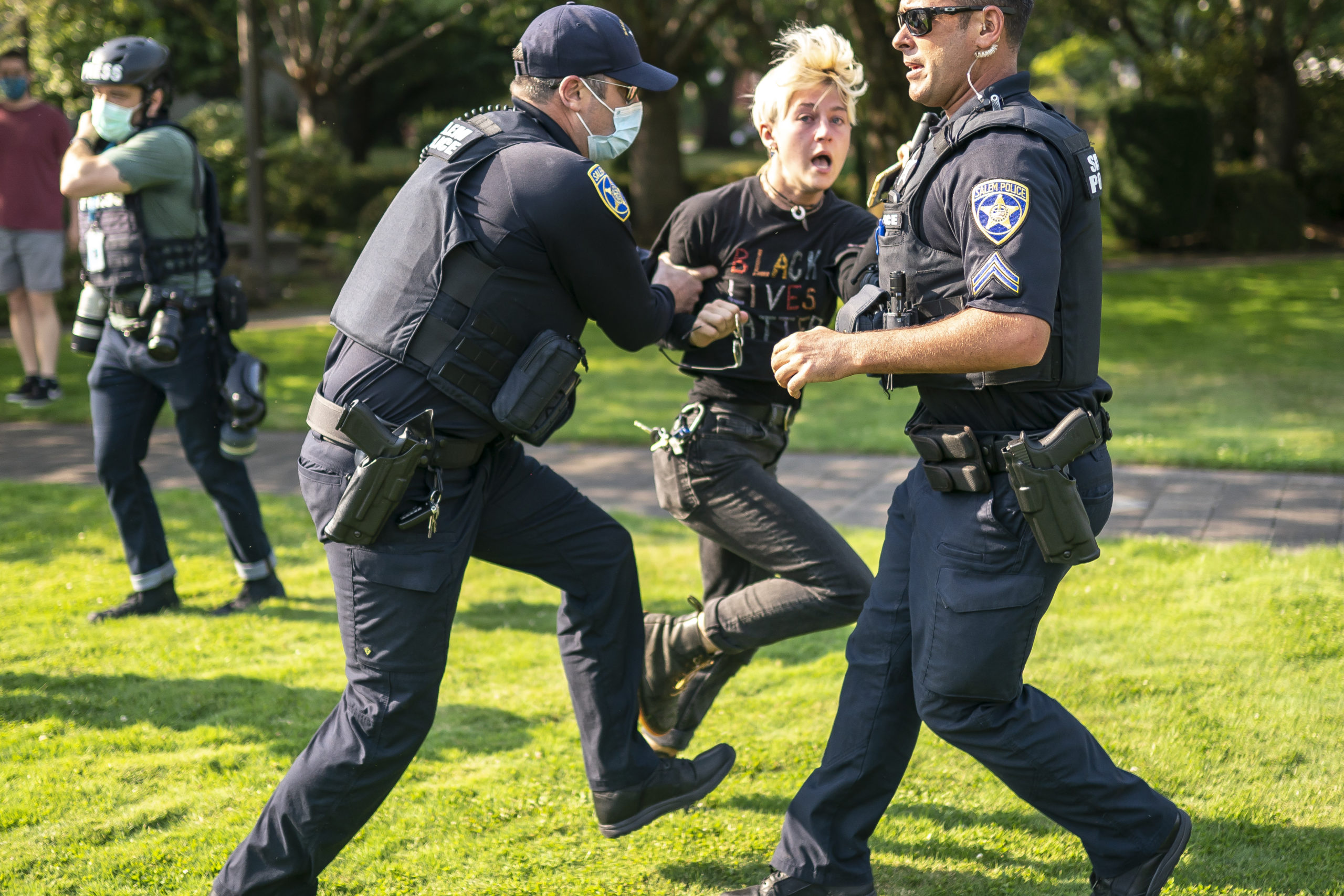 SALEM OR – SEPTEMBER 7: Salem police escort a counter protester away from the scene after a clash with a far-right protester on September 7, 2020 in Portland, Oregon.(Photo by Nathan Howard/Getty Images)

Law enforcement officials said the bill would prevent police from responding to demonstrations unless violence or criminal activity is actively occurring, according to the AP. (RELATED: Oregon Mayor Blasts Criminal Culture In Portland)

The statute gives law enforcement the ability to arrest people before they have committed a crime, according to the AP. Unlawful assembly is not a crime in the state of Oregon so several protesters who were arrested under the statute were charged for interfering with a peace officer, the ACLU of Oregon said, the AP reported.

An unlawful assembly is defined as when a demonstration “constitutes a clear and present danger of riot, disorder, interference with traffic upon the public streets or when another immediate threat to public safety, peace or order appears,” according to the Portland Police Bureau.

Supporters of Bynum’s bill say officers should not be able to decide whether a demonstration might become violent and act preemptively, the AP reported.

“Ironically, or maybe not so ironically in Oregon, unlawful assembly declarations too often are precursors to police violence against those asking for the government to recognize their right to be safe,” Simon said, the AP reported.

Neither Bynum or Skinner responded to the Daily Caller News Foundation’s request for comment.