Former Republican Georgia Sen. Kelly Loeffler is considering another run against Democratic Sen. Raphael Warnock in 2022 after he defeated her in the Jan. 5 runoff election.

A source familiar with Loeffler’s thinking then confirmed to the Daily Caller that she is considering a run for Senate in 2022.

“Our state is greater – and our democracy is stronger – when everyone’s voice is heard, and that’s exactly what Greater Georgia’s work is about,” Loeffler said in a statement. “But for too many in our state, the importance – and even the sanctity of their vote – is in question,” said Loeffler.

“That’s why we’re rolling up our sleeves to register conservative-leaning voters who have been overlooked, to regularly engage more communities, and to strengthen election integrity across our state,” Loeffler added. 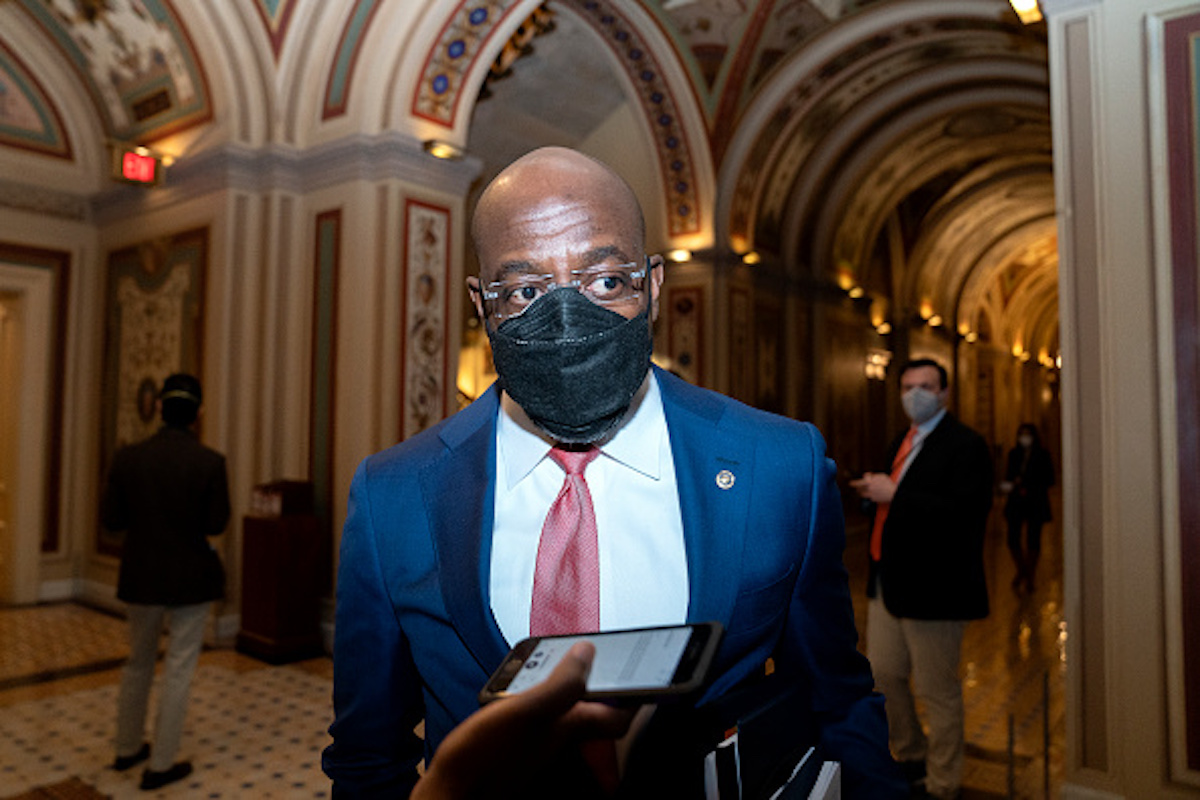 Sen. Raphael Warnock (D-GA) wears a protective mask while speaking to members of the media at the U.S. Capitol on February 13, 2021 in Washington, DC. The Senate voted 57-43 to acquit Trump of the charges of inciting the January 6 attack on the U.S. Capitol. (Photo by Stefani Reynolds – Pool/Getty Images)

“Warnock will face a very different electorate in 2022, and Republicans are already assembling an organization, in large part led by Kelly Loeffler, to turn Georgia red in 2022. Warnock will ultimately be unable to answer for his far-left voting record,” a former NRSC spokesperson told the Daily Caller.

Meanwhile, former Republican Georgia Sen. David Perdue released a statement Tuesday explaining why he is considering a run against Warnock in 2022, which could mean a possible primary faceoff between Loeffler and Perdue. (RELATED: David Perdue Explains Reasoning Behind Potential Senate Run In 2022)

Perdue filed forms with the Federal Election Commission (FEC) to indicate that he will again run for Senate in Georgia in 2022, explaining in a Tuesday statement that he is still considering the run to help regain a majority in the Senate for Republicans.

Warnock is serving out the remainder of former Republican Sen. Johnny Isakson’s term. Isakson retired at the end of 2019 due to health concerns.