House Democrats have asked President Joe Biden to give other officials the authority to launch nuclear weapons, an action which he currently has sole authority to do.

“Vesting one person with this authority entails real risks,” the letter reads. “Past presidents have threatened to attack other countries with nuclear weapons or exhibited behavior that caused other officials to express concern about the president’s judgment.” 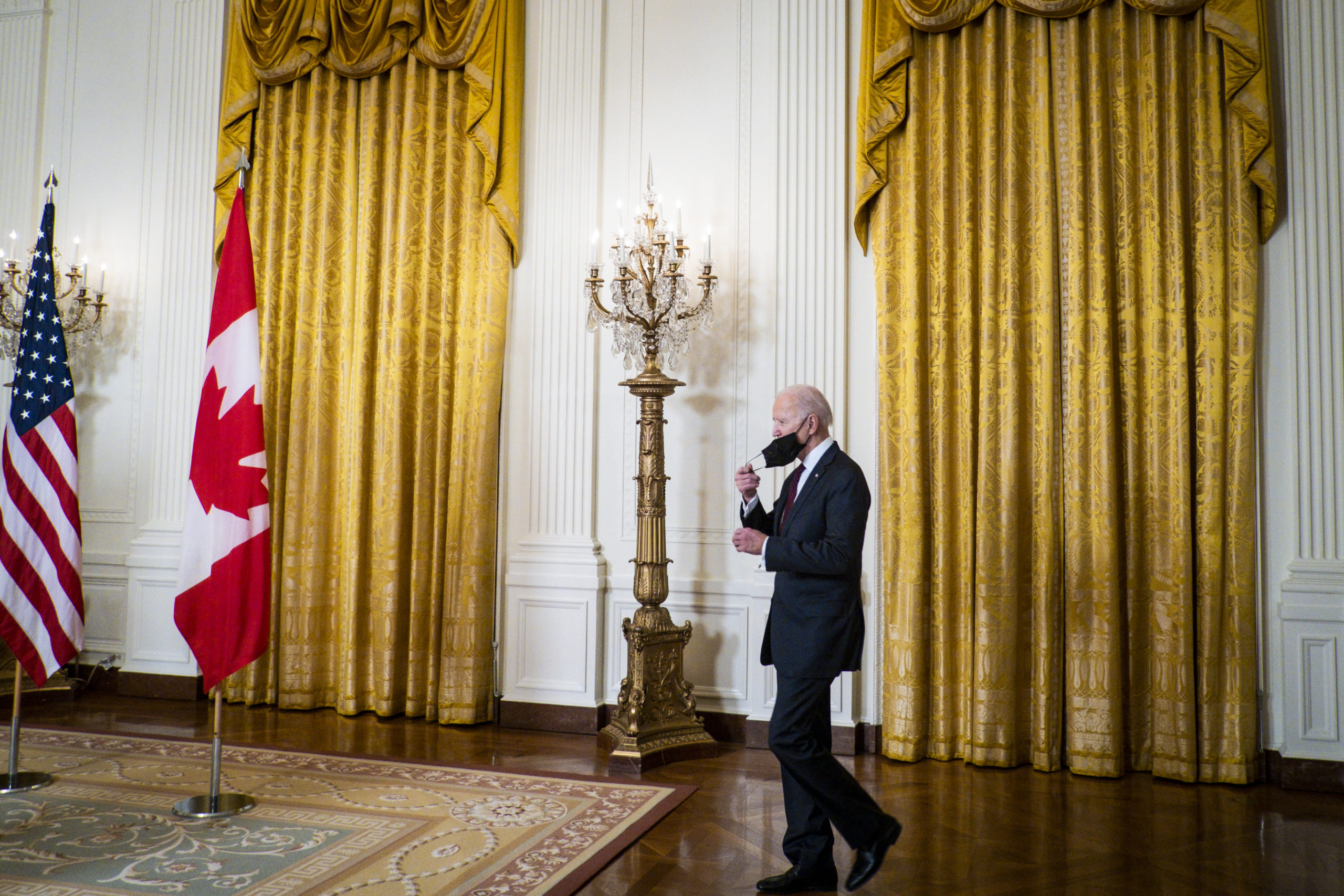 U.S. President Joe Biden arrives to deliver his opening statement via video link with Canadian Prime Minister Justin Trudeau in the East Room of the White House February 23, 2021 in Washington, DC. U.S. presidents by tradition invite the Canadian prime minister for their first meeting with a world leader. The ongoing Covid-19 pandemic forced the meeting to be held virtually. (Photo by Pete Marovich-Pool/Getty Images)

“While any president would presumably consult with advisors before ordering a nuclear attack, there is no requirement to do so,” the letter says according to the report. “The military is obligated to carry out the order if they assess it is legal under the laws of war. Under the current posture of U.S. nuclear forces, that attack would happen in minutes.”

The letter suggests alternative plans, such as requiring the president to get approval for a launch order from other officials in the line of succession. This includes the vice president and the Speaker of the House, “neither of whom can be removed by the president if they disagree.” (RELATED: Progressives Are Not Happy With President-Elect Joe Biden’s Likely Secretary Of Defense Pick, Michele Flournoy)

Some officials pushed for former President Donald Trump’s nuclear launch code access to be revoked following the Jan. 6 Capitol riot. House Speaker Nancy Pelosi considered asking the military to prevent Trump from accessing the nuclear codes in order to prevent “an unstable president from initiating military hostilities or accessing the launch codes and ordering a nuclear strike,” a statement sent from Pelosi to House Democrats said.