A student at an elite Massachusetts college accused a cafeteria employee and janitors at the school of racial discrimination, but after an investigation cleared everyone involved, the cafeteria employee still can’t shed the student’s accusation years after the incident, The New York Times reported.

Oumou Kanoute, a student at the elite Smith College, accused the school’s cafeteria employee, Jackie Blair, and Mark Patenaude, a janitor, of being racists. Kanoute, who is black, was seen dining at the campus’ cafeteria in July 2018 when it was reserved for a summer camp for young children, the Times reported Wednesday. Student workers were not supposed to use the cafeteria, information that Blair relayed to Kanoute that day.

Inside a Battle Over Race, Class and Power at Smith College. Tension between a student’s deeply felt sense of personal truth and facts that are at odds with it. My story: https://t.co/gyEDcwSNny

Blair didn’t enforce the rule for Kanoute, however. According to the Times, staff at Smith College are too concerned about students reporting them, especially since the $78,000 per year tuition means that there’s a class disparity between many students and working-class staff. Blair makes approximately $40,000 a year. (RELATED: University Of Pittsburgh Requires All First-Year Students To Take Class On ‘Anti-Black Racism’)

“We used to joke, don’t let a rich student report you, because if you do, you’re gone,” Patenaude said, according to the Times.

Kanoute ate in the lounge of a closed dormitory, and a janitor in his 60s with poor vision noticed someone in the closed lounge. Everyone involved with the summer camp needed to have a background check, and campus police advised staff to contact security if strangers are seen in the closed off area. The janitor called security and reported a person in the room, and said “I didn’t approach her or anything but he seems out of place.”

The janitor made no mention of Kanoute’s race, and he wasn’t sure whether Kanoute was a man or woman due to the shadows, prompting Kanoute to later accuse him of “misgendering” her.

An older campus security officer arrived at the dorm and had a brief conversation with Kanoute, which she recorded, and he apologized for bothering her, the Times reported.

She told him she felt “threatened,” and later wrote on Facebook that “It’s outrageous that some people question my being at Smith, and my existence overall as a woman of color.”

BREAKING: Smith College has agreed to implement our recommendations for campus policing reforms.

We intervened after an employee called the cops on student Oumou Kanoute for looking “out of place” as she ate lunch on campus.https://t.co/XLYm6VpBT2

The school’s president Kathleen McCartney, who had overseen efforts to push social justice in Smith College’s curriculum and in employee training, apologized to the student for the incident. Without speaking to the employees accused of racism, McCartney put the janitor on paid leave that day, according to the Times.

Blair soon began receiving emails from reporters asking for comment about why she called security on Blair for “eating while black,” and she was shocked to discover that Kanoute had posted her photograph, name, and contact information on Facebook, with the caption “This is the racist person.”

“Oh my God, I didn’t do this,” Blair told a friend, according to the Times. “ I exchanged a hello with that student and now I’m a racist.”

Patenaude was also included in the post and labeled a racist, although he was not working at the time of the incident.

Blair received countless notes at her home and on her car window accusing her of being a racist, and people reportedly called her house telling her “you don’t deserve to live,” among other messages. Smith College released a statement informing students that Blair did not call security, and McCartney briefly apologized to Blair, although the apology was not made public.

Months later, a report conducted by a law firm that specializes in discrimination investigations cleared all of the employees involved in the incident, and found no evidence of discrimination. McCartney said that the report didn’t rule out “the potential role of implicit racial bias,” however. 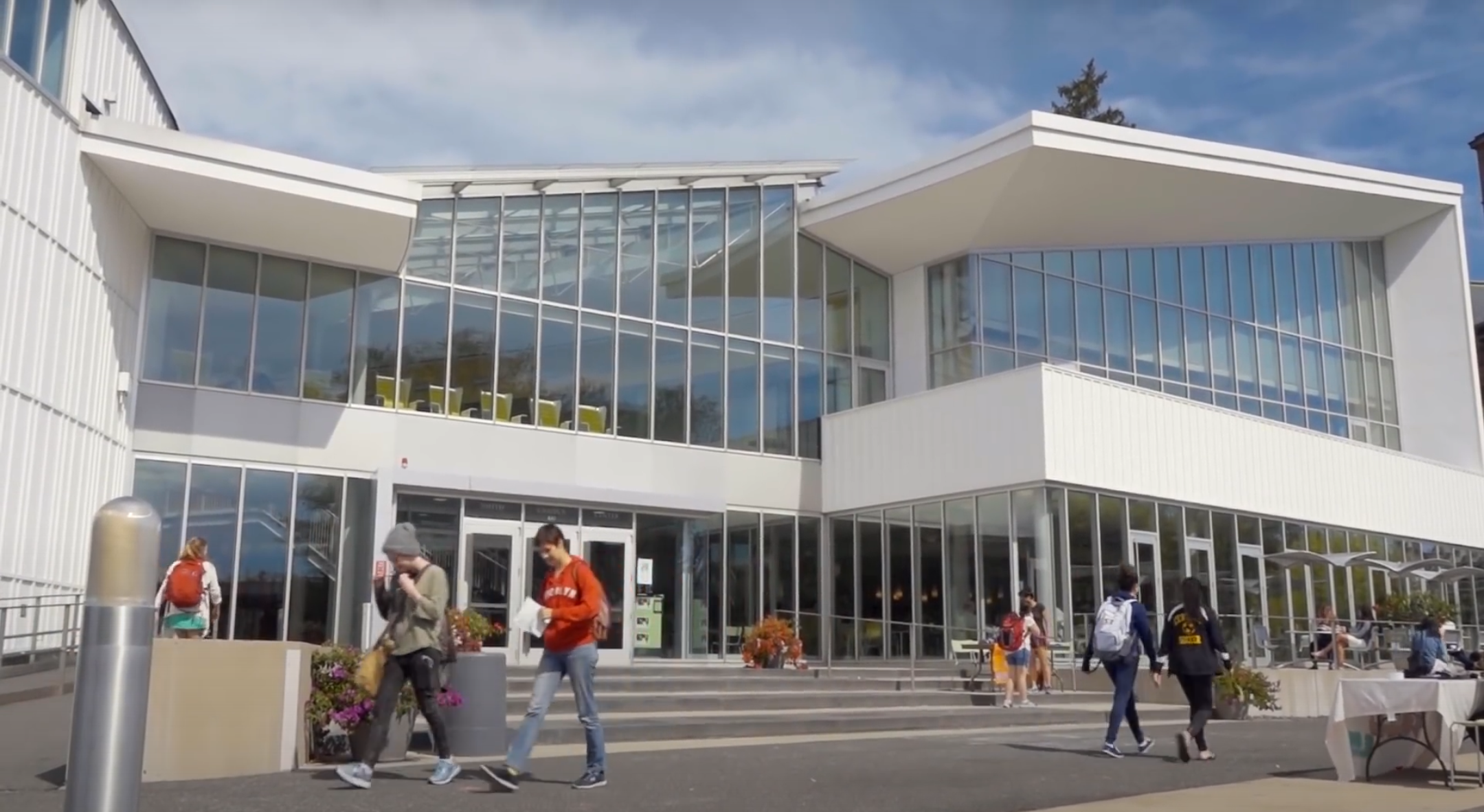 McCartney did not apologize to any of the employees after the investigation concluded. Blair and other cafeteria and ground workers were enrolled in anti-bias training. Faculty were not required to undergo the training, leading one professor to say that such sessions for working-class employees could become psychological bullying.

Patenaude left his job at Smith not long after Kanoute called him a racist in her social media post.

“I don’t know if I believe in white privilege,” Patenaude told the Times, speaking on the subject of social justice trainings at Smith College. “I believe in money privilege.”

Blair, who has lupus, checked into a hospital in 2020 after stress exacerbated the condition. After the death of George Floyd in May 2020, Blair began receiving the notes at her home again accusing her of being a racist. She was furloughed at Smith College due to the pandemic, but has had trouble finding another job. During an interview for a job at a restaurant, the manager recognized Blair as being involved in the Smith College incident.

Blair told her that she had done nothing wrong. “Well, we’re all set,” the interviewer said, according to the Times.

“What do I do?” she asked while speaking to a reporter, according to the Times. “When does this racist label go away?”

Smith College responded to a request for comment from the Daily Caller by linking to a message from McCartney that was posted Monday regarding accusations by a staff member that resigned days prior, and who claimed that the college created a “racially hostile environment for white people.”

The letter does not name the staff member, but the letter coincides with the resignation of Jodi Shaw, who claimed that the college demanded that she “admit to white privilege” as “a condition of my continued employment.”

Everyone knows something wrong is happening in liberal America. Few want to say so out loud. But the hour is very late. It calls for courage. Courage has come in the form of Jodi Shaw, who today resigns from Smith College. Proud to publish her letter: https://t.co/E3WLY28Sni

McCartney claimed in the message that the employee had demanded payment in exchange for dropping a threatened lawsuit, and reaffirmed the college’s commitment to racial justice.

“Redressing the reality of racism requires asking ourselves how we might, even inadvertently, reinforce existing inequalities or contribute to an exclusionary atmosphere,” the letter says. “While it might be uncomfortable to accept that each of us, regardless of color or background, may have absorbed unconscious biases or at times acted in ways that are harmful to members of our community, such self-reflection is a prerequisite for making meaningful progress.”